The cryptocurrency market began to emerge just over a decade ago. However, experts have noticed that during this time, various successive phases have already formed on it. There is a "bull market" - a period during which almost all cryptocurrencies show an uptrend, and a "bear market" during which all assets drop in price, and some other persistent phenomena.

One of these cycles is called the altcoin season. You will learn more about what it is, when it occurs and what opportunities it gives to market participants in this article.

There are a large number of assets on the cryptocurrency market. At the top of the list is Bitcoin. It is called "digital gold." Bitcoin got this title for being the first cryptocurrency and for launching the development of the crypto industry in general. That is why it stands apart from other digital assets.

In contrast, all other cryptocurrencies are united by the term "altcoins". Literally, it translates as "alternative coins. There are many of them - dozens, if not hundreds of thousands - with new ones appearing every day. But only some of them are newsworthy. Let’s say all altcoins can be divided into two categories:

Fundamental. These are cryptocurrencies designed to solve some specific tasks. They can be useful to businesses or market participants, so they can fulfill completely different roles. But all fundamental altcoins have one thing in common: they are useful.

Useless. This category can include cryptocurrencies, which were created just for quick earnings (by deceiving market participants by developers), meme tokens (joke coins created for fun, like DOGE), and other coins, which do not solve any specific tasks.

What is an altcoin season

To understand how far the market is from that state now, you can use the "altseason index," a handy tool that determines the onset of the altseason in automatic mode. It compares the growth rates of various cryptocurrencies. If the top 50 altcoins outperform Bitcoin in terms of price growth rate over a long period of time, the index rises. You can track the index yourself by following this link: https://www.blockchaincenter.net/altcoin-season-index/.

For example, as of December 1, 2021, this index shows a value of 45 points. This is an average value that shows that Bitcoin and altcoins rise and fall in price about equally. And if the value exceeds 75 points, it will indicate the onset of the altseason. 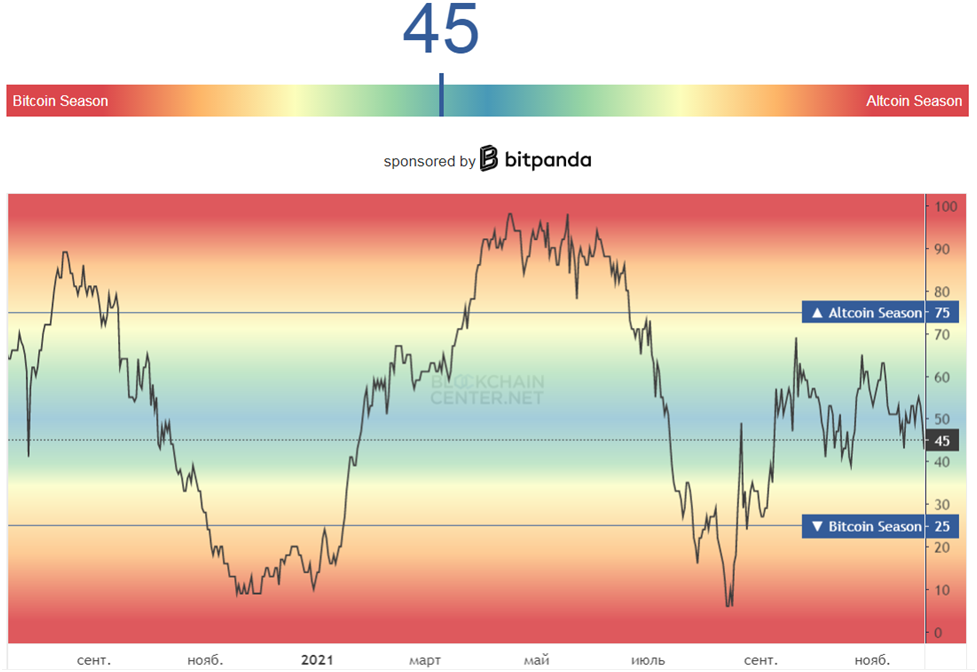 When is altcoin season coming?

Since Bitcoin is recognized as a major cryptocurrency, people who want to invest in the market buy it first. When there are more buyers than sellers, the price begins to rise. Over time, this leads to Bitcoin reaching sky-high price points, up to the renewal of historic highs. 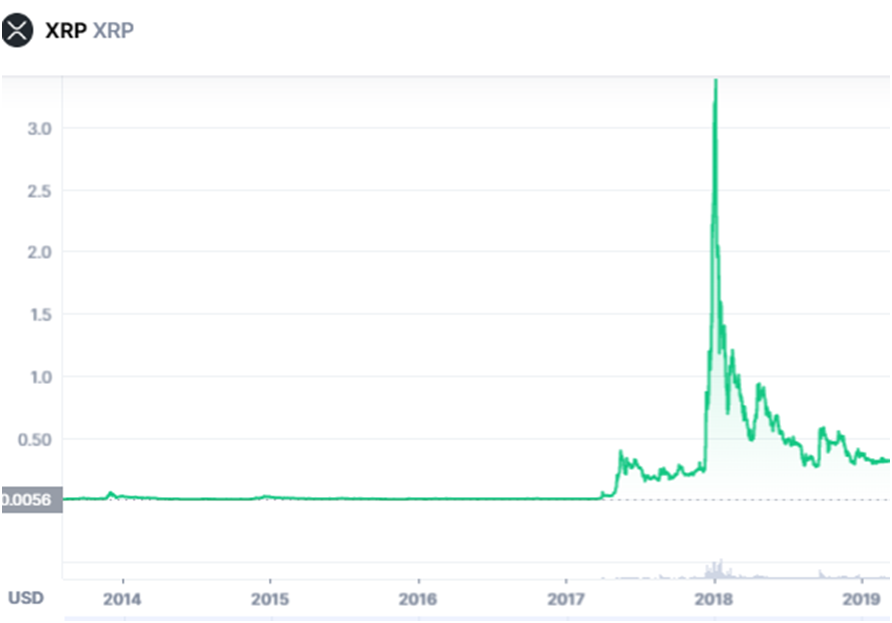 However, later its price has fallen dramatically, but we will consider the consequences of the altcoin season separately below.

What are the dangers of altcoin season

Historical experience has shown that the altcoin season is a great time to make money. Market participants can buy almost any coin, and after a short period of time, sell it at a significant profit. However, the altcoin season has a downside - its end.

Assets cannot grow endlessly. Sooner or later there is a correction, or even a severe price collapse. In the cryptocurrency market, it goes like this:

A powerful market crash usually leads to a bearish phase - a long time period when cryptocurrencies are basically falling in price. It turns out that if you don't sell off assets before the end of the altcoin season and the transition to the bear phase, you may find yourself in a significant drawdown.

In that case, you have two ways:

That is why you should invest in cryptocurrencies carefully and be prepared to be in a long-term drawdown - it is almost impossible to predict the end of an altcoin season, especially for a newcomer.

How to make money during the altcoin season

If you are willing to try your hand and invest in altcoins, try to lock in your profit on time. Don't be greedy, cause your desire to get more money may lead you down very dangerous paths. Experts recommend beginners to sell half of the asset, when it has doubled in value. For instance:

This strategy has the advantage - as soon as you sell half of the asset after its price has doubled, you will have already taken your investment. And even if the price collapses by 99% after that, you won't lose anything.

The disadvantage of the strategy is that even during the altcoin season, not all assets have time to double. So, it's better to set more conservative goals, and sell coins after a 20-40% growth.

Analysts agree that Bitcoin will set a new all-time high, much higher than the previous one, in the following months. Some experts expect this to happen as early as December 2021, while others expect it to happen in the first quarter of 2022.

Accordingly, we should expect an altcoin season either in the winter of 2021-2022 or in the spring of 2022. But it is important to keep in mind that history does not always repeat itself. The cryptocurrency market is still very young, and it is impossible to predict exactly what is gonna happen next. Therefore, it can so happen that the altcoin season will not come at all in the near future.

The best strategy is to take your time, watching carefully. Buy assets only when you are certain that they are likely to grow in the near future.

Experts recommend beginners not to try earning during the altcoin season. This is a very risky practice that requires an understanding of the market and a well-developed strategy. If you are just starting to explore the crypto industry, the best choice is to invest in Bitcoin. And then, when you gain experience and knowledge, you can try your hand at the next altcoin season.

Where to Buy Altcoins and Bitcoins

Regardless of which cryptocurrencies you plan to buy, whether Bitcoins or altcoins, it is important to choose a reliable and safe marketplace. It should also be user-friendly and intuitive so that you can understand it without problems This will allow you to quickly buy the cryptocurrencies you are interested in without worries about losing money.

Here is Broex, a platform that combines two main functions at once:

The company that operates Broex platform and wallet is officially registered in Estonia. It has a license issued by the regulator, which means that it operates absolutely legally. When you buy and sell cryptocurrencies through Broex, you can be sure that you're working with a reliable company you can trust.

The platform can be used in two ways:

Broex has Russian speaking technical support, working 24 hours a day, 7 days a week. If you face any difficulties in the process of using the wallet or have a question, you can get expert advice within a few minutes. This is especially relevant for newcomers who are just learning how to work with cryptocurrencies.

Also the Broex cryptocurrency exchanger and wallet has the following advantages:

Broex has a user-friendly interface, specifically designed for users to master it in 5-10 minutes. Therefore, buying cryptocurrencies through our exchanger will be easy and fast.