How do keys and addresses work? Public and private keys, where to use them, where you shouldn't use them, and some memes with Johnny Mnemonic - all this we prepared in the new informative review from Broex about cryptocurrencies security. Let's roll!

What are public keys?

Let's not get bored: a public key is your cryptocurrency address. To make it simpler, it's that thing with the letters and numbers that you can drop off to a friend to send you some bitcoins. It's the set you usually see prominently in your cryptocurrency apps. Basically, just about the same as a bank card number or WMZ/WMP address on WebMoney.

You're free to use the public key and disclose it to other participants. Although, of course, we would not advise to send a public key to all and sundry.

If you're a beginner, you probably wondered: is the address and the wallet the same thing or not? The correct answer is: it's not. A wallet is a convenient application (mobile, browser-based, or just a desktop app) that allows the user to manage their coins stored at one or more addresses. We can use an analogy with everyone's favorite Telegram: the TG app itself is something like a wallet, but your numerous (or not so numerous) phone numbers/accounts are the addresses.

For example, we have a cool, trendy and functional as a Swiss knife Broex wallet - yeah, we should praise ourselves - and already with it you can get access to several bitcoin addresses. And not just Bitcoin - Broex supports more than 40 cryptocurrencies. 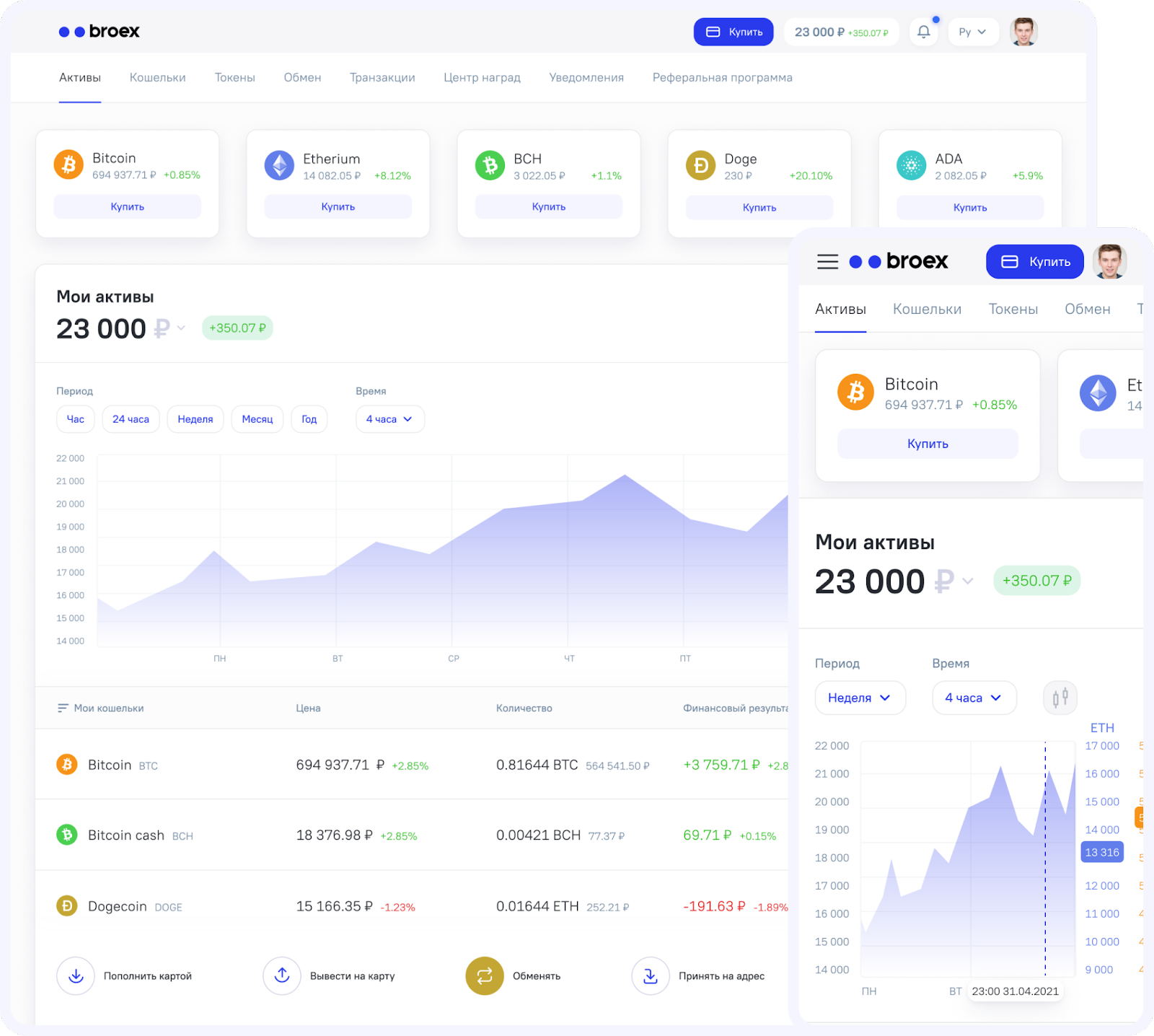 Broex is simple and user-friendly for novice cryptocurrency users. It's available on all desktops and smartphones in the country! ;)

What are private keys?

Generally, all cryptocurrencies have two types of keys: public keys and private keys.

The analogy is simple: public keys/addresses are login, private keys are password. And as you have already guessed, the password should not be shared with strangers.

Externally it looks the same - as a set of letters and numbers. And it is recommended to rewrite this set - preferably so that no unauthorized person has access to this record.

Both sets - address and private key - can be generated in Broex or other wallet. They can also be transferred between different wallets - no more difficult than transferring bookmarks from Chrome to Yandex.Browser.

It's worth noting that some wallets generate only addresses. Such wallets are called custodial wallets. These wallets actually have a third-party service responsible for storing user funds, usually a cryptocurrency exchange.

Trader's wisdom says, "Not your keys, not your coins." Although many custodial wallets from exchanges are quite diligent about storing their clients' private keys, cases of them being hacked or even stolen by employees are not uncommon.

However, if you do not find the private key in a visible place - it is not a reason to raise the alarm. Many apps have it hidden away from prying eyes. Others - like ShapeShift's Coin Wallet - generate a private key for the address as soon as the first coins are transferred to it.

Broex is among those more secure custodial wallets. Only users have access to their private keys. That means they are the rightful owners of their own coins. An additional guarantee of security is a public team, a license from European financial regulators and adherence to KYC regulations.

What is a seed phrase?

Recommendation: Write the phrase down and do not give it out randomly. 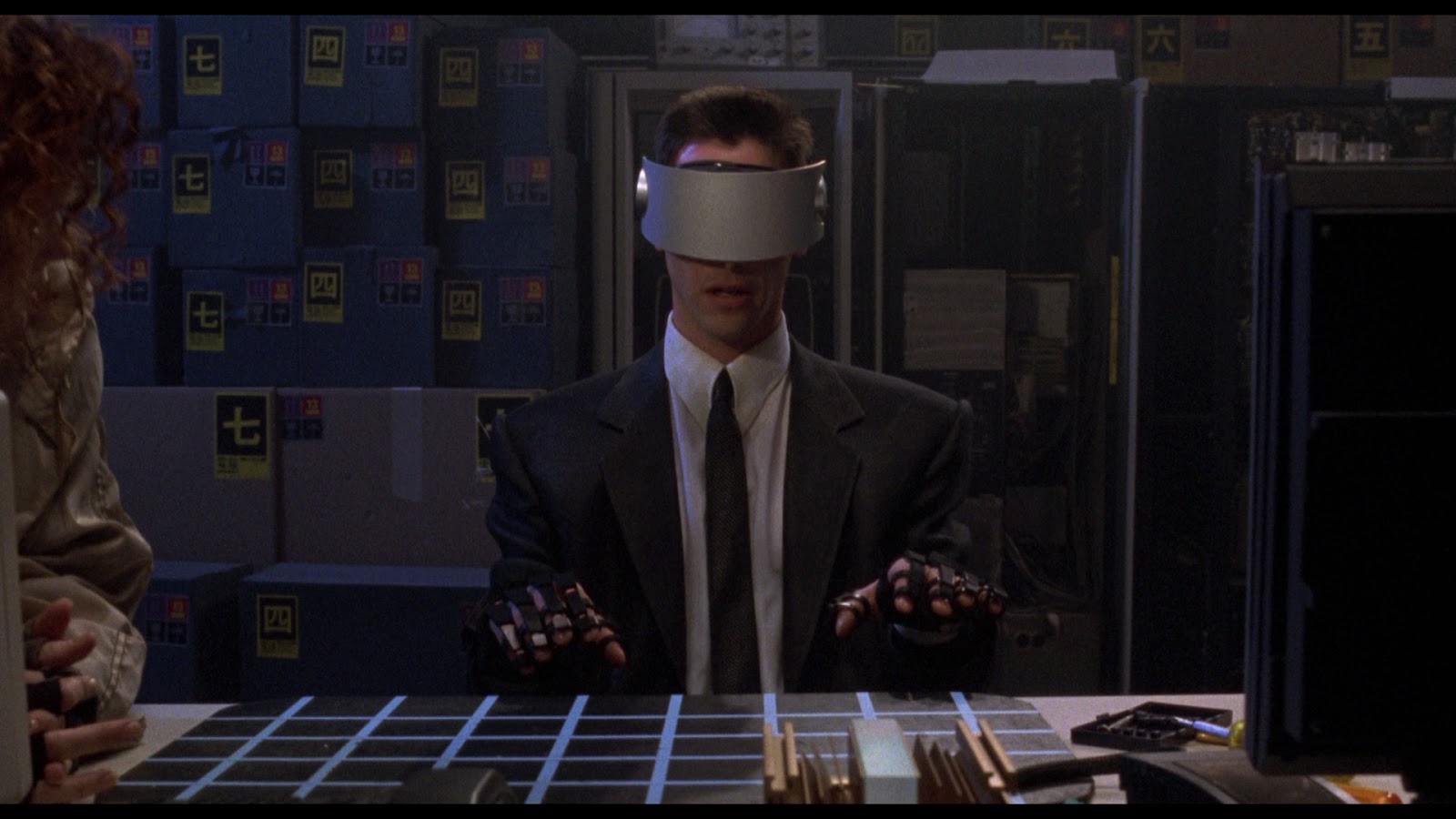 Yeah, we promised a little Johnny Mnemonic here, didn't we?

The design of most wallets is quite elaborate, though. If you need quick simplified access to the app, there's no need to type long sets of 12-24 words over and over again. You can set a pin-code or a regular password - something like the usual qwerty1234. Although we still recommend less predictable passwords.

Additional security measures for your wallet

So, we've dealt with the basic recommendations - don't throw around your private keys and set additional passwords/pin codes. Broex Wallet supports the latter.

But there are also measures that anyone can take on their device - mobile or PC. These include setting a password to log in on a PC or using a fingerprint scanner on mobiles. Encrypting the hard drives is also highly recommended. For example, it's possible to rewrite the Root password through the core on Linux devices if the hard drive hasn't been encrypted.

If you're not actively using cryptocurrency for purchases or trading, but prefer to hold large sums until the next price spike, it's best to use a device that's not connected to the Internet. Alternatively, get a cold storage unit made by Trezor, Ledger, or another trusted brand. 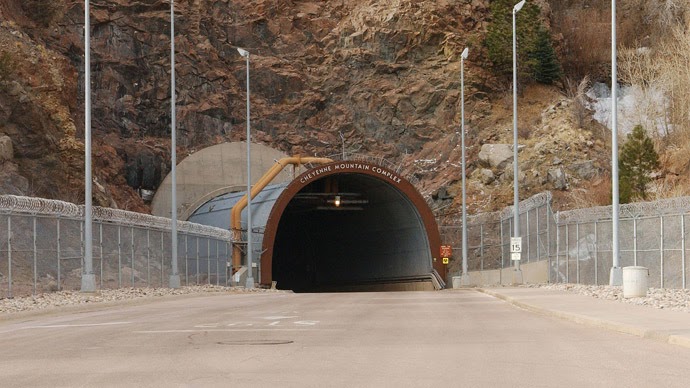 The bunker from Stargate. Everyone thought it was a portal to other worlds. In reality, Daniel was just keeping his bitcoins inside.

But it's worth being cautious here, too. Scammers use a very sophisticated trick: once they find out which users are waiting for delivery from the manufacturer of the original device, they send them fake devices to store the cryptocurrency. Eventually, the crypto ends up being redirected to the attackers' address.

And some simple but useful data-related tips:

As you can see, it is important to find a wallet that meets high security standards. It must be custodial and support additional security measures. The Broex solution meets both points. Besides, Broex's software has a public team, European registration and compliance with KYC financial regulations.

Of course, security alone is not enough - the software must be functional. Broex wallet has everything you need for an active crypto user:

And, of course, a lot depends on the user. Store your keys securely, use trusted channels and devices, and have your finger on the pulse!

That's the Broex team for you. Keep your bitcoins safe and stay tuned!