The Sandbox is a play-to-earn sandbox game. It is a large virtual world where you can communicate, play, create, and much more. The project is one of the first to combine blockchain, decentralized finance, and NFT within a three-dimensional meta universe.

Read more about these terms, the Sandbox game, and the price prospects of its own cryptocurrency, SAND, in this article. Metaworld is a virtual space that exists on a permanent basis. Users find themselves in it by means of avatars - three-dimensional characters. There can be anything - cities, buildings, entertainment, educational institutions, art exhibitions, casinos and much, much more - inside a metaverse like Sandbox.

NFTs are non-fungible tokens. They function almost identically to cryptocurrency, but with an important distinction. Each NFT represents an object of some kind. For instance, it can be a picture or clothes for a game character. That is, each particular NFT has specific information built into it. Therefore, each of them is unique, and it is impossible to exchange one for another, unlike usual cryptocurrency (for example, any Bitcoin is equal in value to any other Bitcoin).

Just like cryptocurrencies, NFTs are in a blockchain (you can read what a blockchain is by following this link), because of the technology, they cannot be faked. The history of Sandbox

Sandbox was originally an ordinary mobile game, similar to the popular Minecraft, a very popular one - the number of downloads exceeded 40 million. However, project founders Arthur Madrid and Sébastien Borget saw the potential for blockchain development in their brainchild, and began to make it a reality in 2018. Now their project is one of the leaders in this industry.

The uniqueness of the game lies in the possibility for each user to realize his or her creative potential. Anyone can create objects inside the metaverse, whether it is buildings, art objects, unusual sneakers for a virtual avatar or entire games. In doing so, each object is turned into a NFT, thanks to which:

The Sandbox virtual space is divided into 166,464 land parcels called LANDs. Each of them represents a NFT. Some of them can be purchased in the open market, but not all of them - if the owner of the LAND has no intention of selling the plot, it is impossible to buy it for any money.

These are the plots of land that players move around on. A couple more features: SAND, the cryptocurrency of the meta-universe, functions on the Ethereum blockchain, the reliability and security of which has been proven over time. It plays a crucial role and is used for committing any action that requires changes to the blockchain, for example:

At the same time, 5 percent of the SAND is charged from each transaction to a special fund, from which the further development of the metaverse is financed and staking rewards are distributed (about that below).

The Sandbox cryptocurrency is also a governance token. Users who own tokens are able to vote to introduce changes to the metaverse. The project works on the principle of DAO - decentralized autonomous organization. Therefore, the developers cannot modify the virtual world and change the principles of its functioning without the desire of the players (the Sandbox cryptocurrency holders).

Users who own the Sandbox cryptocurrency can make money by depositing it on stake (an analog of a bank deposit in the cryptocurrency market) and receive a percentage of all transactions in the network. Also, owning SAND provides in-game advantages, increasing the chances of finding valuable resources during certain actions within the metaverse.

You can get SAND, the cryptocurrency of the Sandbox project, in two ways: 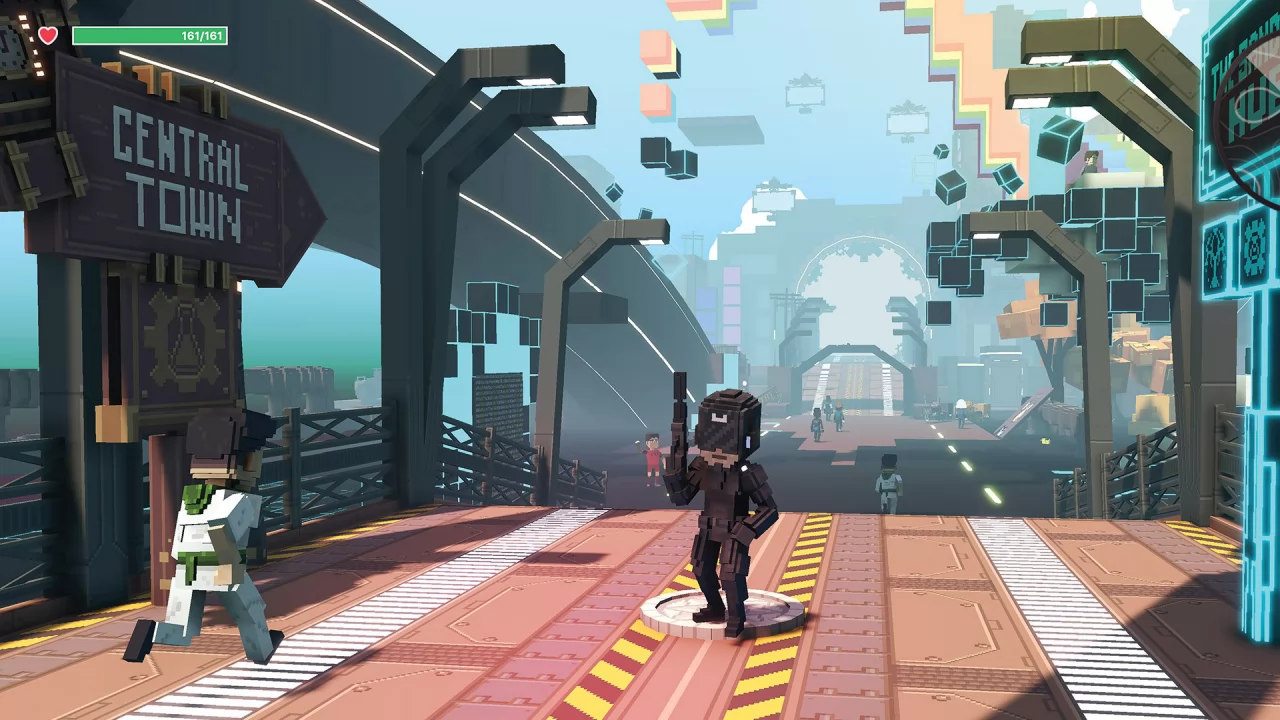 Metaworlds is the main trend for the end of 2021. An important influence to this was made by Facebook, which announced the creation of its own metaverse, and renamed Meta on the backdrop of this announcement. The Sandbox project was lucky - at the same time it was one step away from launching the alpha version of the project for a limited number of users. Therefore, a flurry of attention fell on it, which inflated the price of SAND tokens upwards.

Noteworthy is the fact that the full launch of the Sandbox meta universe has not yet taken place, but experts' forecasts and the interest of market participants indicate - the prospects for the game are very, very big. Among the main advantages stand out:

Another reason for the positive predictions for the Sandbox cryptocurrency are investments from major funds and companies. The latest round of funding took place in November, in which the metaverse raised $93 million. Softbank Group, Atari and CryptoKitties are among the market participants who saw prospects in Sandbox cryptocurrency.

The full launch of the metaverse, when everyone will be able to get into it, will take place in 2022. That's why it's so hard to find a negative outlook on Sandbox cryptocurrency. After all, if it became so popular even before the launch, we can expect its price to grow dramatically next year. How the price of Sandbox cryptocurrency changed

Users who saw the prospects of the Sandbox cryptocurrency in 2020, and bought it, had the opportunity to sell their coins at 168 times the price. That is, every 1,000 rubles invested could turn into 168,000 rubles.

Then the value began to fall, which is normal for the price of any asset after a period of sharp growth. During December 2021, SAND tokens are trading at around $5. So even users who missed the chance to sell their coins at $8 could sell them for 110 times more than they bought them at the time of writing this article.

Market participants who missed buying the SAND tokens before their sharp rise are trying to figure out if they should do it now. To make a forecast for the Sandbox cryptocurrency, analyze the following factors:

In addition, don't forget about investments from large funds that are well versed in financial markets. These organizations clearly don't waste their funds left and right - their forecasts about the prospects of the SAND cryptocurrency are also positive.

Speaking about specific values, the experts expect not only the return of the price to $8, but also its further growth to $20-30. However, experienced market participants understand that it's not possible to make an accurate prediction for the cryptocurrency Sandbox, as well as for any other cryptocurrency. If players like the project, and after its launch, the user base will actively grow, the value of SAND may increase a dozen times.

Where to buy Sandbox cryptocurrency

If you recognize the promise of the Sandbox cryptocurrency and want to buy SAND tokens, choose the trading platform with utmost responsibility. It must meet a number of requirements and be:

The cryptocurrency exchanger Broex fits these requirements. It is a licensed organization officially registered in Estonia and has undergone inspections by regulators. Therefore, there is no need to worry about its trustworthiness.

Broex is convenient for beginners because:

The exchanger also offers the use of a custodial wallet. Cryptocurrencies are not required to be withdrawn to third-party vaults. Instead of figuring out how wallets work, trust the storage of SAND and other coins to Broex. Cryptocurrencies will be safe and can be accessed in seconds from anywhere in the world.

Other benefits of Broex exchanger:

All this makes Broex exchanger an optimal choice for both beginners and experienced exchangers. Sign up - it only takes a couple of minutes!