How the Ishimoku Cloud works Old, but not useless. The terminator of the stock - and now cryptocurrency - market. One of the most favorite tools among the fans of technical analysis. The Ishimoku cloud from - no, not really from Ishimoku - in the latest issue. Let's begin!

History of the Ishimoku Cloud

In a faraway land, in a Japanese country, an instrument named Ishimoku Cloud was created.

It was Goichi Hosoda, a journalist and analyst, who started to develop the Ishimoku Cloud back in the 1930s. Goichi published under the pseudonym Ichimoku Sanjin, hence the name of his brainchild. In fact, it would have been more correct to call it Ichimoku Cloud, but to the indignation of Japanese language connoisseurs, it turned out as it did. 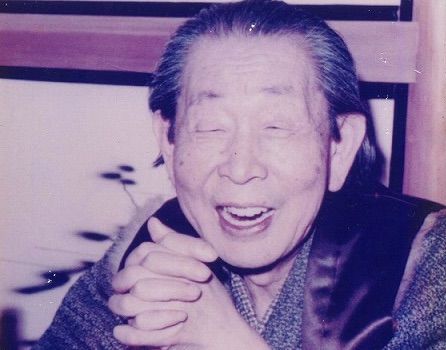 First things first. Goichi Hosoda was born back in 1898 - a time of unique change for Japan, when it opened up to the world. In 1924, Goichi chose the path of a journalist and analyst for the financial publication Miyako Shinbun. He observed the rise and fall of rice futures, used moving averages and other available forecasting tools, and, of course, wrote articles.

Food for inquiring minds soon becomes more plentiful as the United States and the rest of the world are gripped by the Great Depression. Already venerable Mr. Hosoda - commercial director of the respected newspaper "Miyako Shinbun" - in 1936 announced under the pseudonym of Yamato Ichimoku a new tool, Ishimoku Kinko Hyo, or "Ishimoku Equilibrium". Although, to be more precise, the author put the following meaning - "The balanced view of Ishimoku on charts". Later it would become known as the "Ichimoku cloud".

As befits a true Japanese, Hosoda aimed to create a reliable tool. The outbreak of World War II put his active work on hold, but in the 1950s, the analyst launched a real "people's construction" in the world of trading. He would involve tens of thousands of local students in calculations and optimization - they would act as a kind of living biocomputer.

Hosoda continues to test his formulas on the Nikkei Index and carry out refinements. Finally, in 1969, under the pseudonym Ichimoku Sanjin, he published Ichimoku Table First Volume, well received by readers.

Goichi Hosoda died in 1982, approaching his 100th birthday. After his death, the Ishimoku Cloud briefly lost its popularity. But with the active spread of personal computers in the 1990s, the tool moved back to the leading positions, and today it can be found in most trading systems.

As for Miyako Shinbun - the oldest financial daily newspaper of evening format in Japan, published since 1884 - after its merger with another publication in 1942, it was called Tokyo Shimbun. It still regularly shares analysts' forecasts and views with hundreds of thousands of readers.

One of the Tokyo Shimbun issues. Of course, the Japanese couldn't do without advanced technology.

It can be compared to Keltner Channels or Bollinger Bands. It still has the same candlestick chart and overlays all the same moving averages and some additional lines. The Cloud has a total of five lines - clearly more than other instruments. Plus, the Cloud has its own cloud. This alone is an occasion to get acquainted with them:

Kijun-Sen is the main line in the whole system. This is the average 26-day line, which shows the direction of the main trend, whether it is upward or downward.

Tenkan-Sen is a 9-day average line showing a small trend. In other words, it allows you to determine the direction of prices in the next few days.

The periods for these two lines can be changed. But in this case it is recommended to set the ratio between Kijun and Tenkan 4 to 1. For example, Kijun with a period of 32 candlesticks (trading days) corresponds to Tenkan, covering 8 candlesticks.

Senkou Span B (Senkou Span B) is the average between the maximum and minimum values of the last 52 candlesticks.

Chikou Span is a line that corresponds to the Momentum indicator. Its movement changes serve as the final confirmation of a new trend.

Momentum is the indicator, which shows the average speed of the price for the selected period.

It is customary to use certain colors for lines and kumo:

Those to whom Japanese names are not given, call them so - Red, Blue and Green.

There are two color schemes for kumo: they either just paint it solid orange or use green and red. The borders around the kumo, senko A and B, are marked in blue and green. Often they are thin or even dashed lines.

The Ishimoku cloud on TradingView. Now you will be able to see who is who on the chart, which seemed to be something scary and incomprehensible

More details about the elements of the Yishimoku Cloud

We have had our first acquaintance with the elements of the Ishimoku Equilibrium. Now it's time to get to know the personalities of our characters. Let us find out how to calculate the elements and what signals they give.

Tenkan MA9 (Tenkan covering a standard period of 9 days). The Tenkan line is constructed not by close prices and not even by days, but by average points - the highs and lows of each 9 days. The calculation itself looks simple:

If the price crosses the Tenkan in the direction opposite to that of the trend, it may signal a reversal of the trend.

Kijun. The following formula is used for Kijun:

If the price of an asset crosses the Kijun in the direction opposite to the trend, it is a serious signal of a trend reversal.

Chikou. This is the line that corresponds to the Momentum indicator. The specific feature of the chikou is that it is shifted backwards by 26 days. If the shifted back chiko reaches the price, the signal is negative.  If the chico is on the open path, the signal is positive, because there is no resistance to the potential trend.

Senkou Span A and Senkou Span B. These lines, on the contrary, shift 26 days ahead on the charts. There are formulas for them.

Reminder, kumo are between these two lines. The thicker the kumo - that is, the greater the divergence between A and B - the stronger the support or resistance.

The key importance is given to the settings of the three lines:

Tenkan - period 9 is set. This segment was set by Hosoda after years of testing and calculations.

This standard setting is called 9-26-52. It's usually used for weekly forecasts. There are other versions:

2-24-120. It's used for one-minute intervals and can be used in scalping - for earning on minimal price changes that take place within several minutes or even seconds.

Traders have different attitude to the deviation from the standard 9-26-52. Some people find it convenient and even necessary. Others point out that the corrections introduce false signals.

Signals from the Ishimoku cloud

The two main signals from the tool are, of course, signals to buy an asset and signals to sell it.

Signal to buy. The candlestick chart of the asset is located above the Tenkan (red), Kijun (blue) and Chikou (green) lines. There is a certain order: the red line should be placed below the graph first, and the blue line - below it. As for the green line, it should cross the candlestick chart in ascending order.

The signal to sell. Here, the red line is positioned above the candles, and the blue line is even higher. The green line must cross the candlesticks from the top downward. When this position is found on the chart, an asset can be considered a good time to sell.

One well-known and rare pattern is associated with the Ishimoku Cloud - the Golden Cross. Going up from below, the red Tenkan line crosses the descending blue Kijun line. This is a signal to buy.

Using with other instruments

Though this large-scale tool is more often used on its own, it can be used in connection with others. One option is to combine the Ishimoku Cloud with Stochastic.

If the Stochastic is headed up and crosses the line, then it's an additional confirmation to buy.

If the Stochastic is headed upwards and crosses the line, it is confirmation to sell the asset.

The Ishimoku cloud (above) and Stochastic Oscillator (below). Stochastic is marked in blue - its crossings with the second line serve as additional confirmations to buy or sell

The Ishimoku cloud is one of the rare indicators that can serve as a complete trading strategy. Goichi Hosoda spent three decades creating and improving one of the most popular and reliable trader's tools.

One of its main advantages is its objectivity. Unlike other thechanalysis tools, there is no place for subjective evaluations of the observer.

The tool is good on its own. It can also be used in combination with others for better risk management and more accurate trend detection.

The Ishimoku cloud is fairly easy to work with. However, it can seem to be too much information for a beginner. Therefore, many recommend mastering simpler indicators before proceeding to work with the Cloud. You can always find more about them in our Broex Blog.

Are you confident in your abilities? Then it's time to deposit with Broex in a few clicks and hit the market!