The Avalanche blockchain project is a decentralized platform based on the Proof-of-Stake algorithm and supporting smart contract technology. The developers have made the ecosystem suitable for the following needs:

Like most modern projects, this one has enhanced security, flexibility, and scalability. There are also distinguishing features: whereas in classical architectures nodes must be consistent, Avalanche allows nodes to function with different code.

All subnets created and running thanks to Avalanche are able to communicate with each other despite different characteristics and application assignments. In terms of structure, the system consists of three levels or subnets:

By the way, the developers describe their project as a network with thousands of validators: to become one of them, one needs to be a holder of 2000 AVAX - even if the validator is planning to work with another built-in blockchain in the future.

Avalanche was launched in September 2020 by Ava Labs. 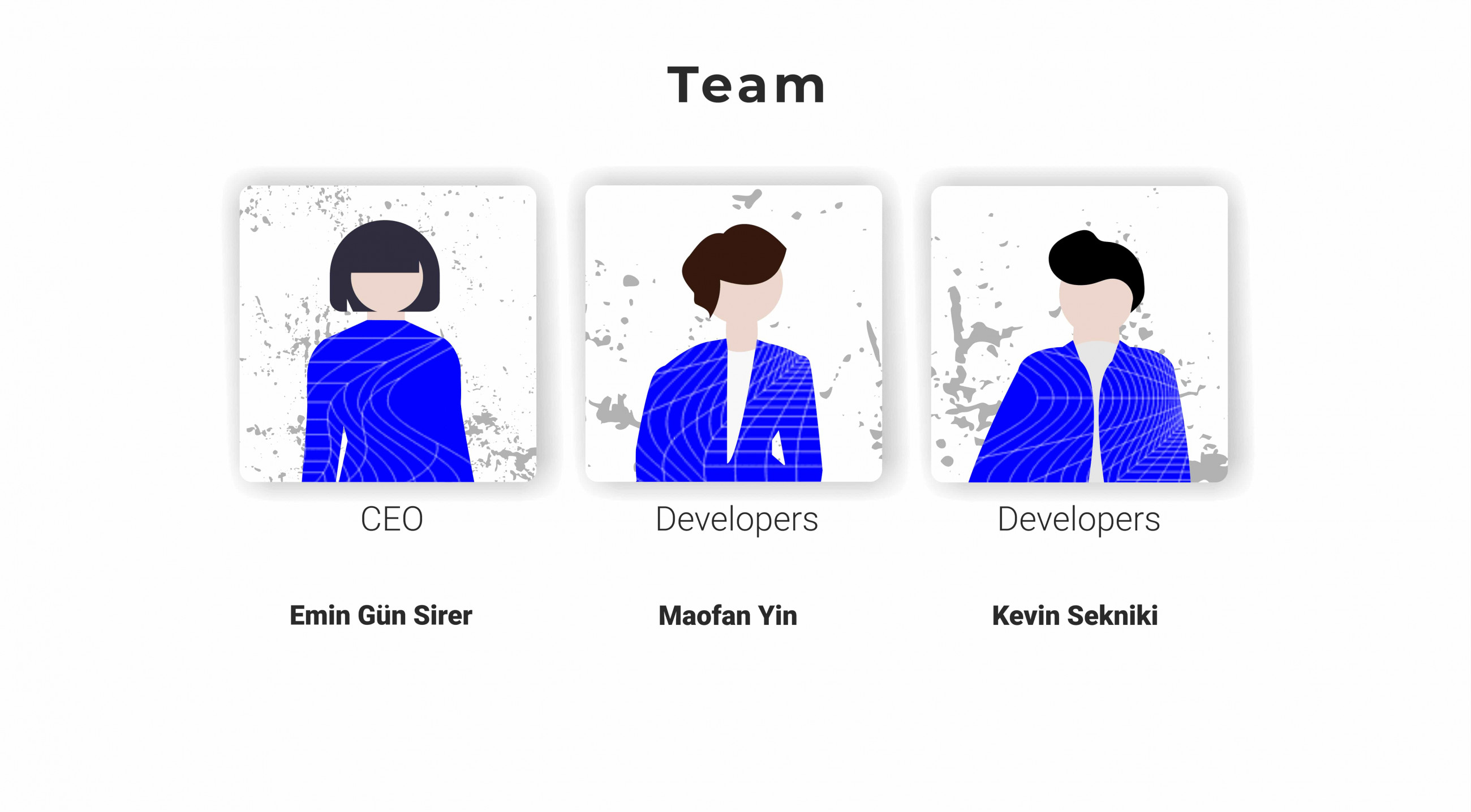 The founder and CEO of the project is a professor at Cornell University. He is engaged in the development of other important projects and networks, such as the Nexus operating system or the OpenDex repository.

Some time ago Bitmain, Polychain and Dragonfly Capital invested in Avalanche.

The use of AVAX 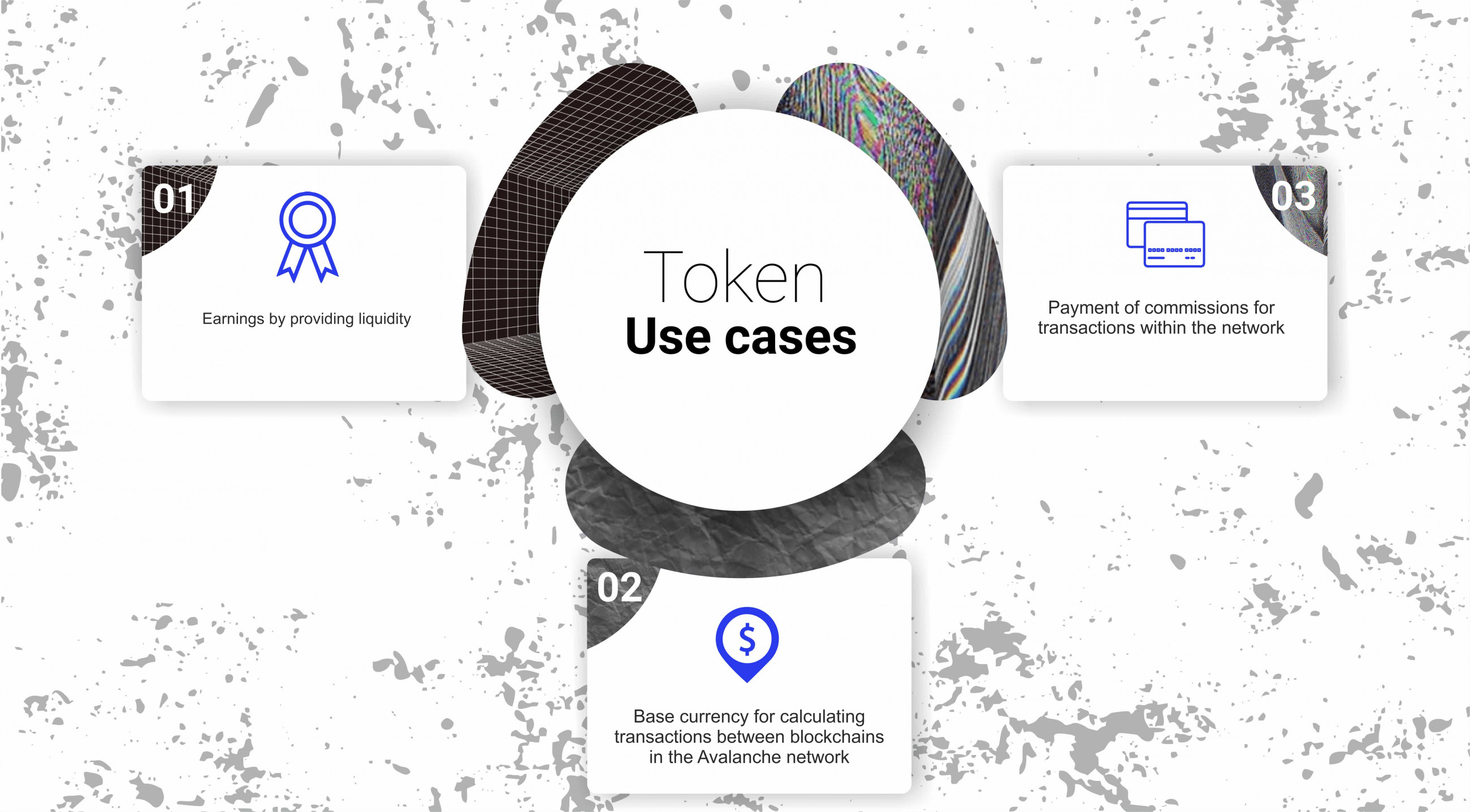 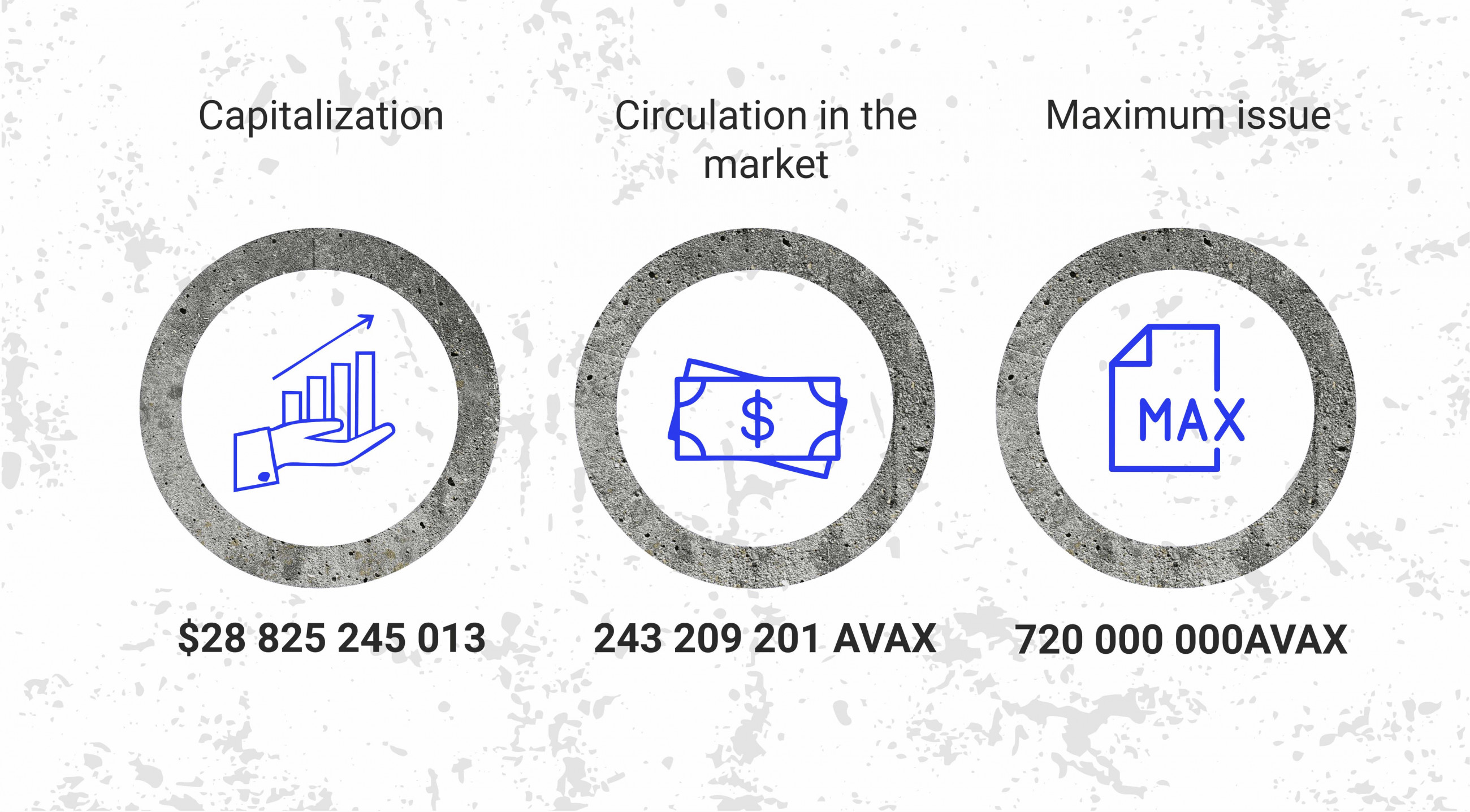 The developers offered a rather complex, but effective scheme for selling tokens at the ICO stage. Investors were offered three options to buy tokens:

That is, in the first two scenarios the buyer could not get access to all tokens at once, but acquired them at a lower price, and in the third case he could overpay for the opportunity to use the purchased coins in full immediately after the transaction.

The ICO turned out to be quite successful, and the so-called "Ethereum Killer" sold out all the tokens in one day on July 15, 2020. This phase was preceded by a closed auction, which brought the team $12 million, and a seed round with a $6 million profit.

The total supply of tokens was distributed as follows: 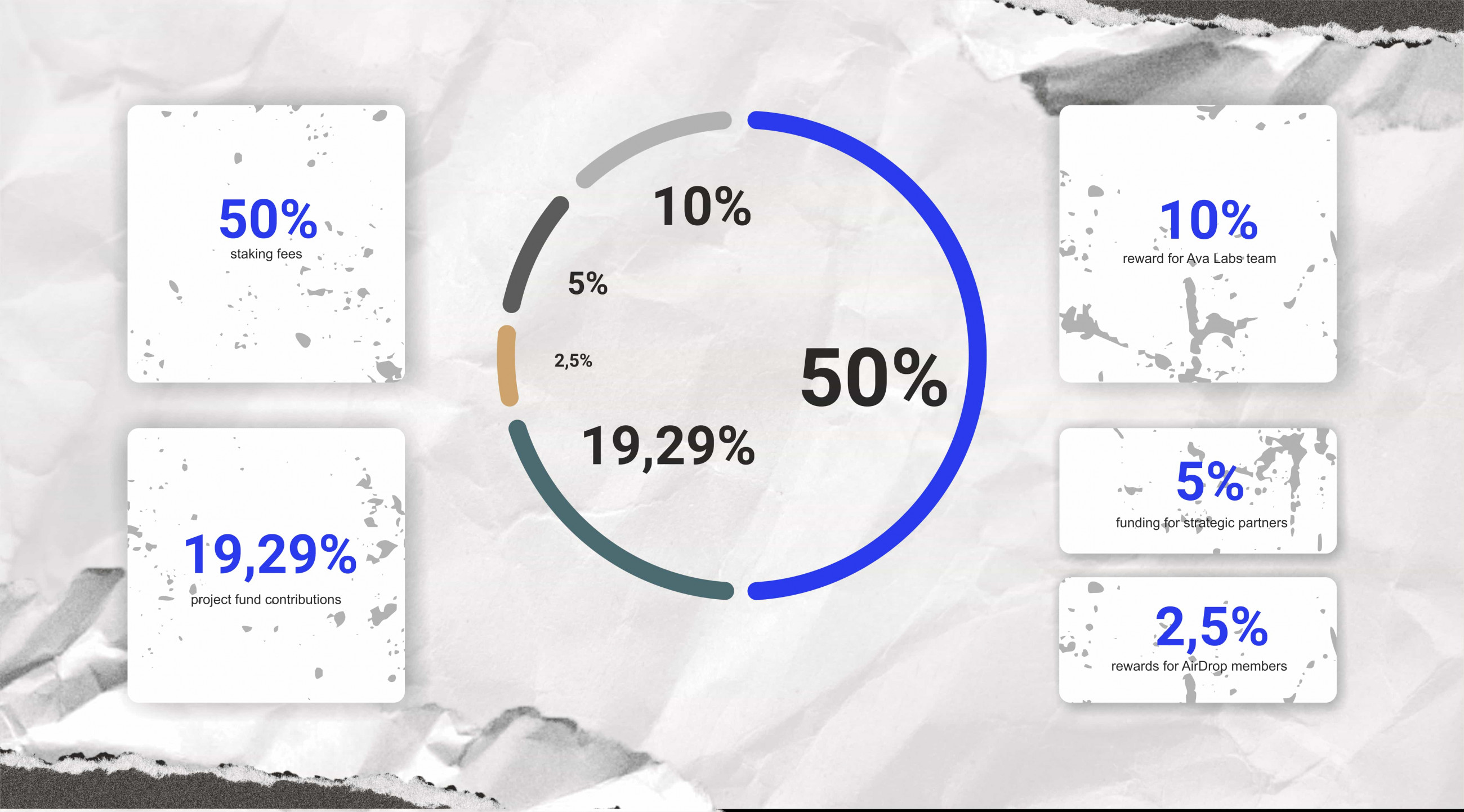 The project is the 11th in the overall CMC ranking, and 6th among the smart contract platforms.

The developers have several more technical solutions for the project, including those related to its confidentiality. To date, about 150 projects have been created with the help of ecosystem tools: all of them operate in different sectors, which demonstrates the universality of the parent architecture.

The project is also supported by its technical characteristics: the network capacity can handle up to 4,500 transactions per second and effectively solve the scalability problem of the industry in the long run. 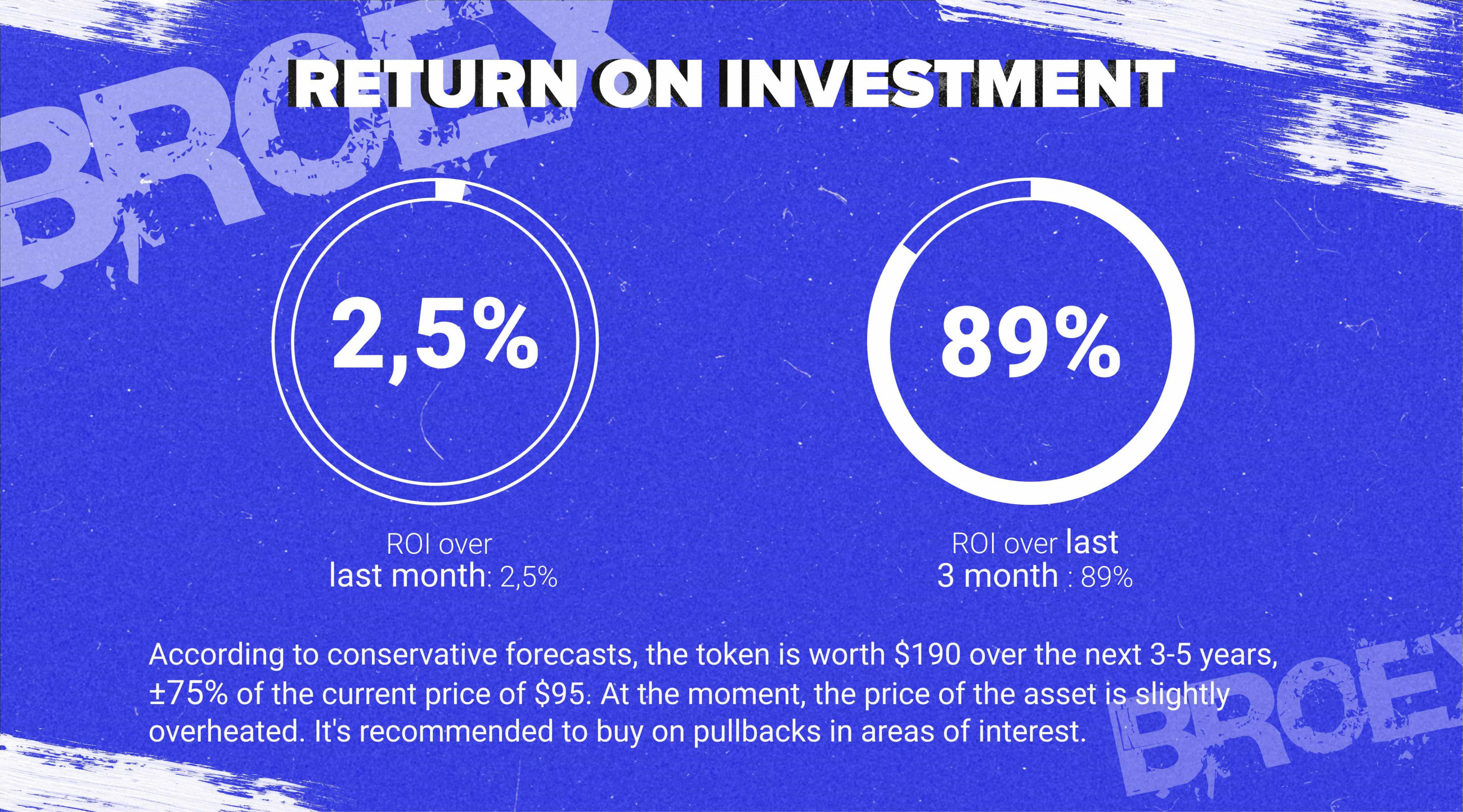 According to conservative forecasts, the token is worth $190 over the next 3-5 years, ±75% of the current price of $95. At the moment, the price of the asset is slightly overheated. It's recommended to buy on pullbacks in areas of interest.