Project Bancor was launched on June 12, 2017, following an initial coin offering (ICO) bringing in $153 million. Half of all BNT tokens were distributed during the event.

Initially, the team' roles were as follows: 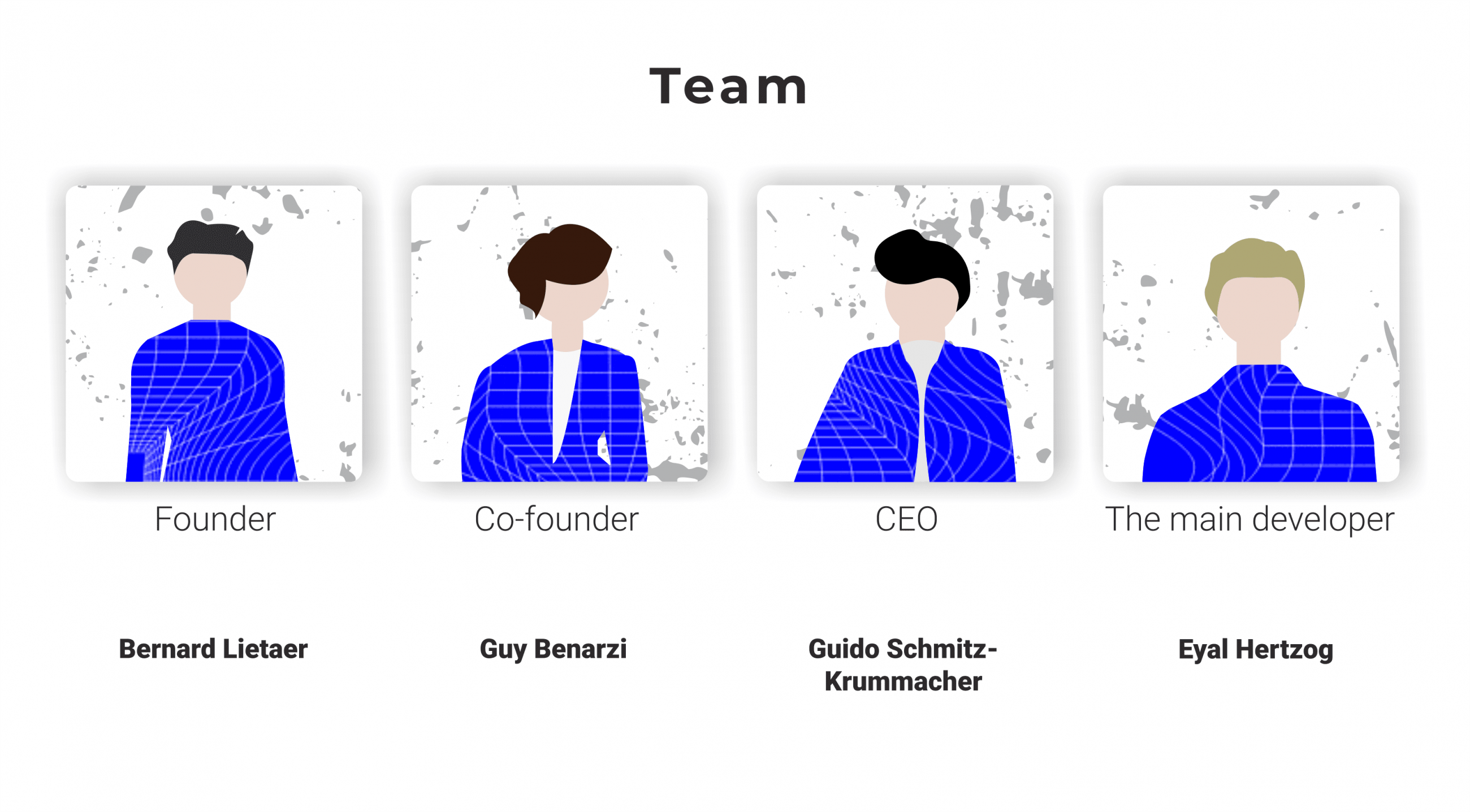 Currently, however, a decentralized autonomous organization (DAO) with more than 30 known protocols is responsible for the development of the project. Decisions are taken by voting.

The use of BNT

The BNT token is a native protocol token. It acts as the default reserve currency in all trading pairs, thus enabling trades between ERC-20 tokens. A part of the DEX trading (commission) fees is distributed to liquidity providers, which encourages them to transfer funds into pools.

Due to automatic rebalancing, the weight of the pool changes according to market demand, ensuring minimal losses in liquid pairs, even when token prices grow. This design ensures a low level of slippage on most assets.

The BNT native token is involved in the following mechanisms: 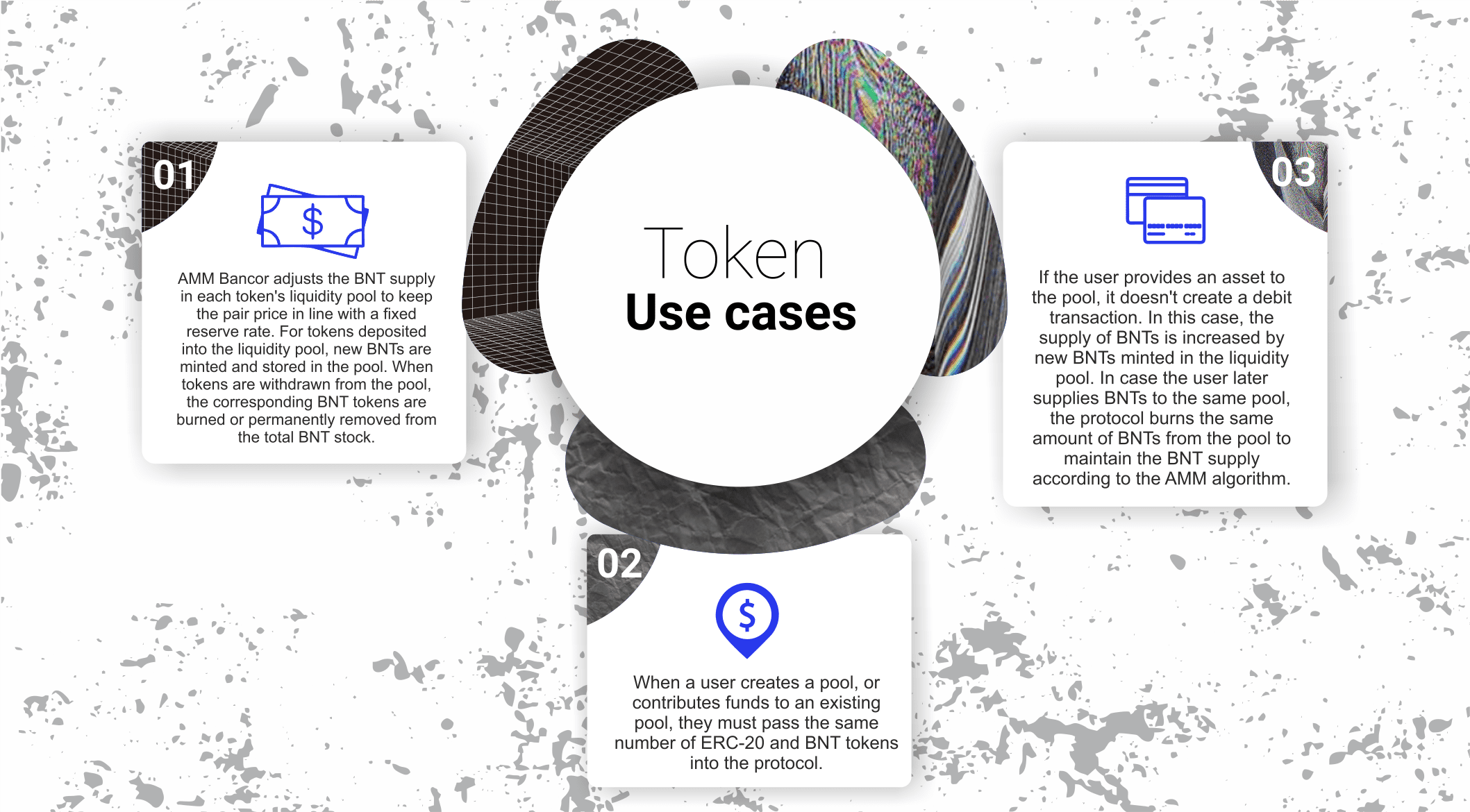 A solution called Vortex Burner has introduced an adjustable fee that is taken from the proceeds of trades generated by liquidity providers.

The vBNT burn is designed to: 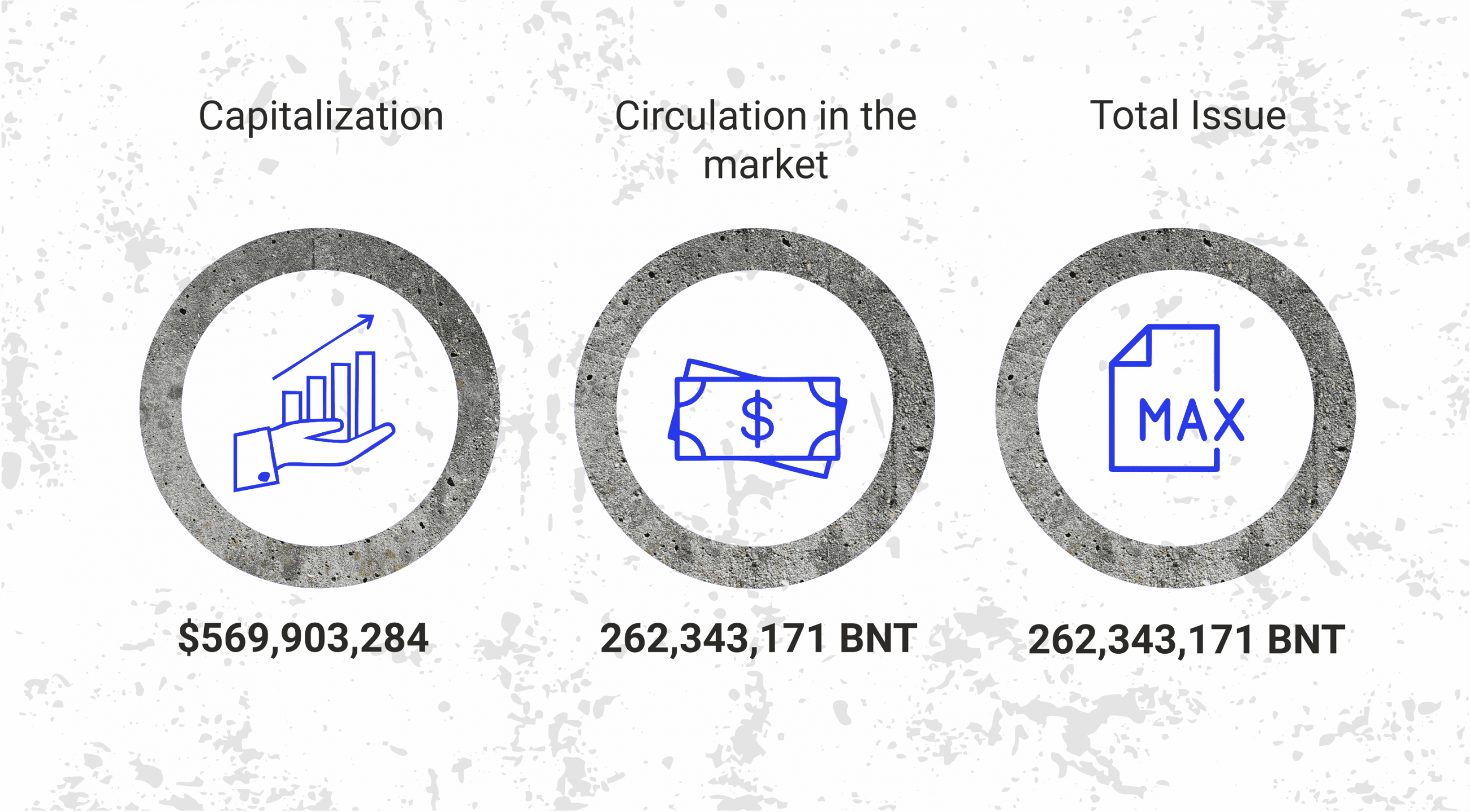 The remaining 39.7 million BNTs were distributed as follows: 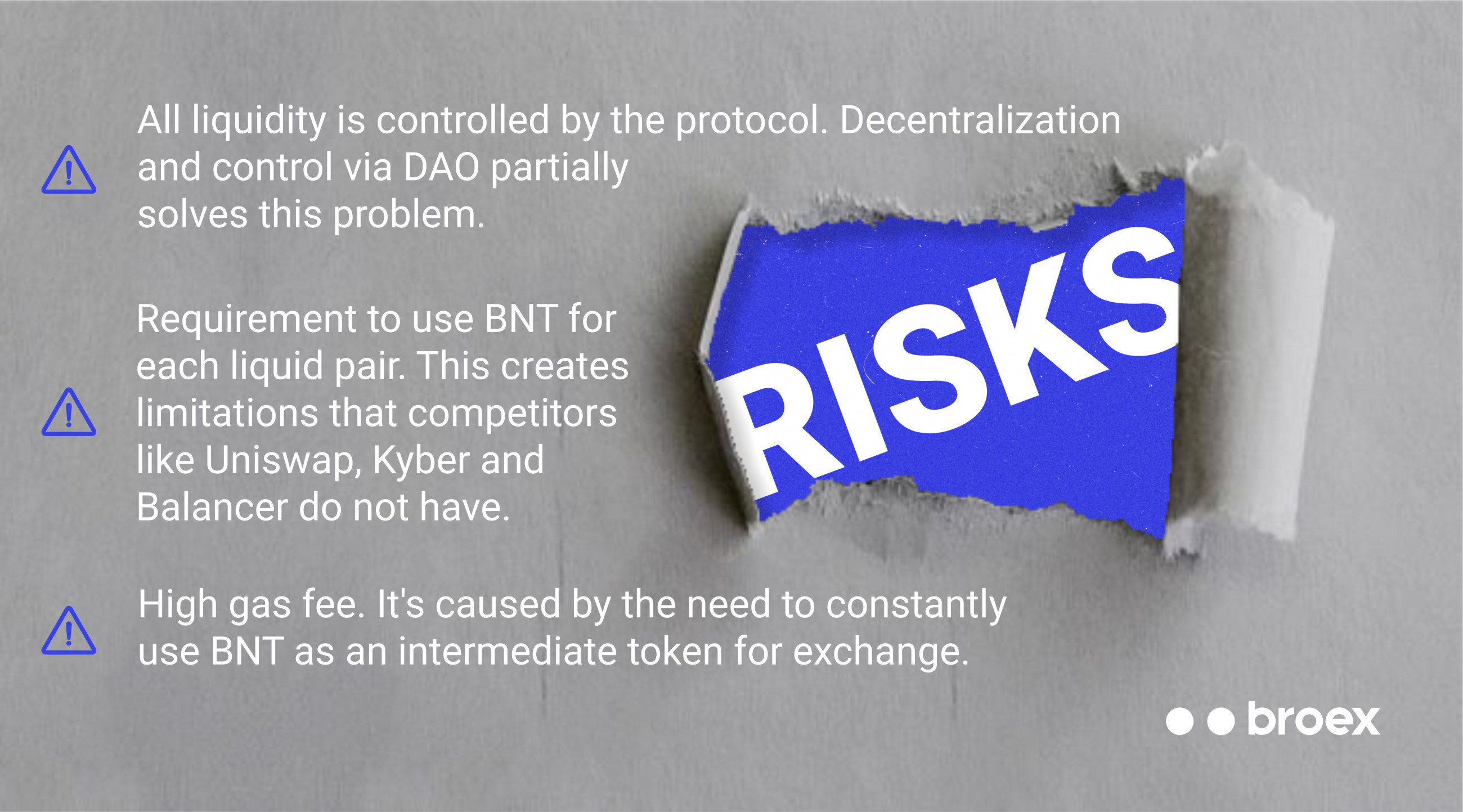 The project is 97th in the overall CMC ranking and 6th in the DEX ranking.

High hopes are pinned on the third version of the protocol, with key features that will be:

Support for multiple chains like Polkadot and L2 will also appear.

Although Bancor already exists on Ethereum and xDai/Solana, it can be integrated into any blockchain with support for smart contracts to provide inter-chain liquidity.

As a result, "Bancor V3" offers a new version of the BancorDAO protocol that reduces costs for traders and stakeholders, and makes it easier for users to earn from their tokens. The innovative mechanics should help boost demand for the token from investors. 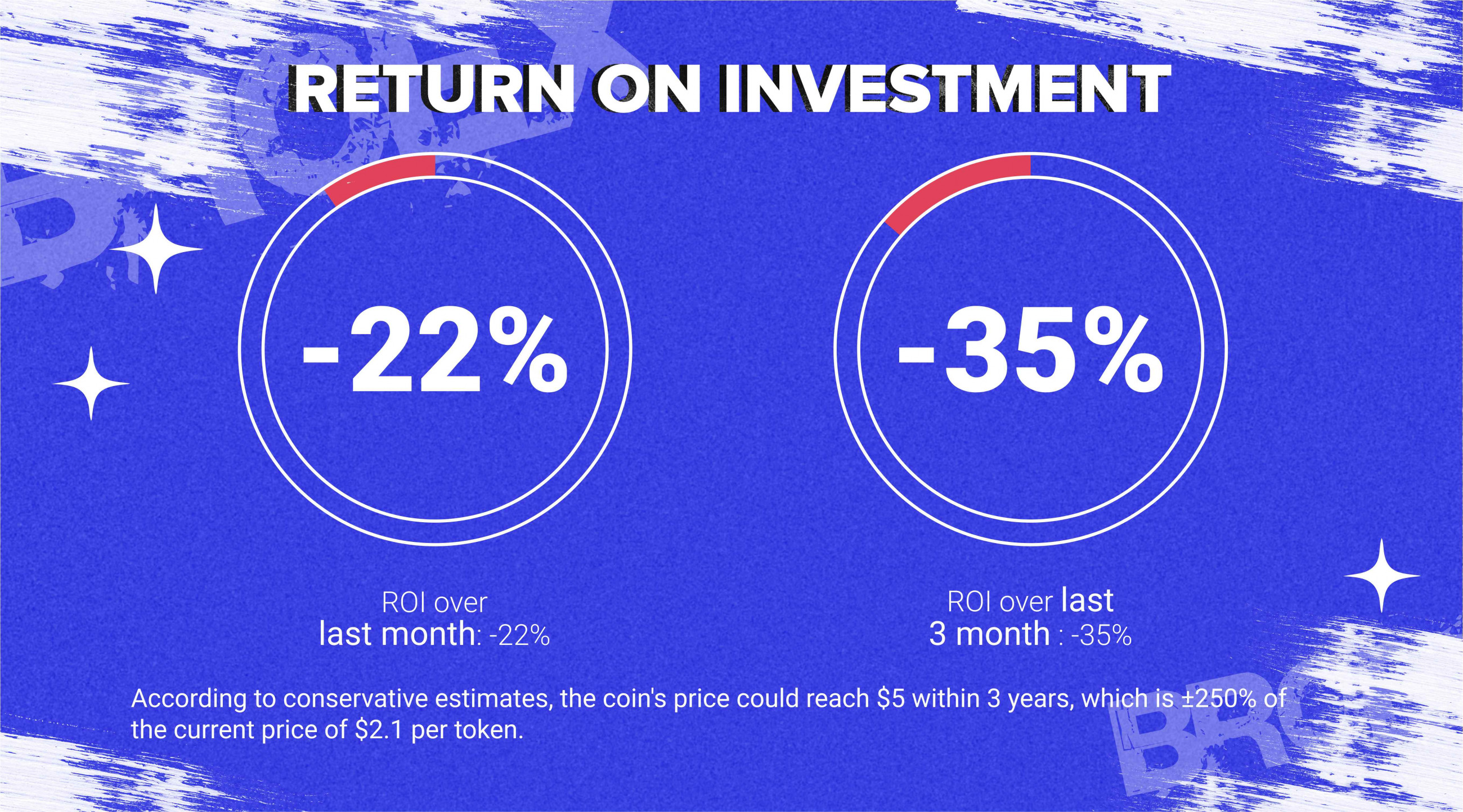 According to conservative estimates, the coin's price could reach $5 within 3 years, which is ±250% of the current price of $2.1 per token.