Starbucks to launch NFT this year, offering access to "unique experiences and benefits".

HOP Protocol - Airdrop is almost confirmed, and we can see that cross-chain protocols are starting to launch their tokens and attract new users.

The winner of the hackathon in the Polygon app category is NFTFY, which allows to share ownership of NFTs.

Evmos has been successfully relaunched after a botched roll-out in March.

Algorand partners with FIFA. Blockchain will be a regional supporter of the World Cup in North America and Europe and also the Official Sponsor of the Women’s World Cup next year.

MetaMask has implemented crypto purchases for fiat through MoonPay.

With the Keep3r network, almost all aspects of Yearn's vault management will be automated, and many new features will appear.

Algorand partners with FIFA. Blockchain will be a regional supporter of the World Cup in North America and Europe and also the Official Sponsor of the Women’s World Cup next year.

Blur has announced an upcoming beta launch. They are creating a platform developed specifically for professional NFT traders.

Data exchange between parachains is now available on the Polkadot network. 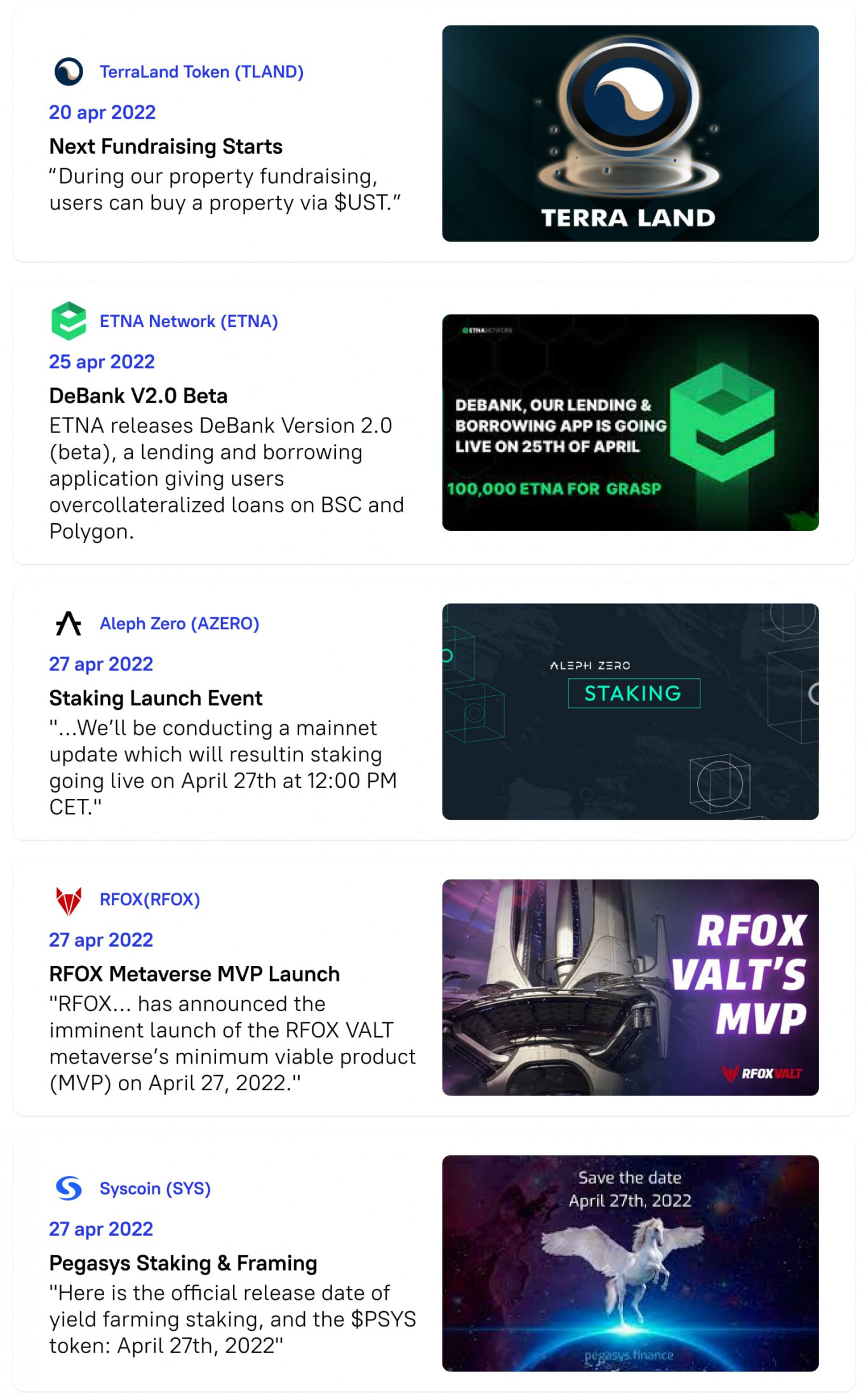 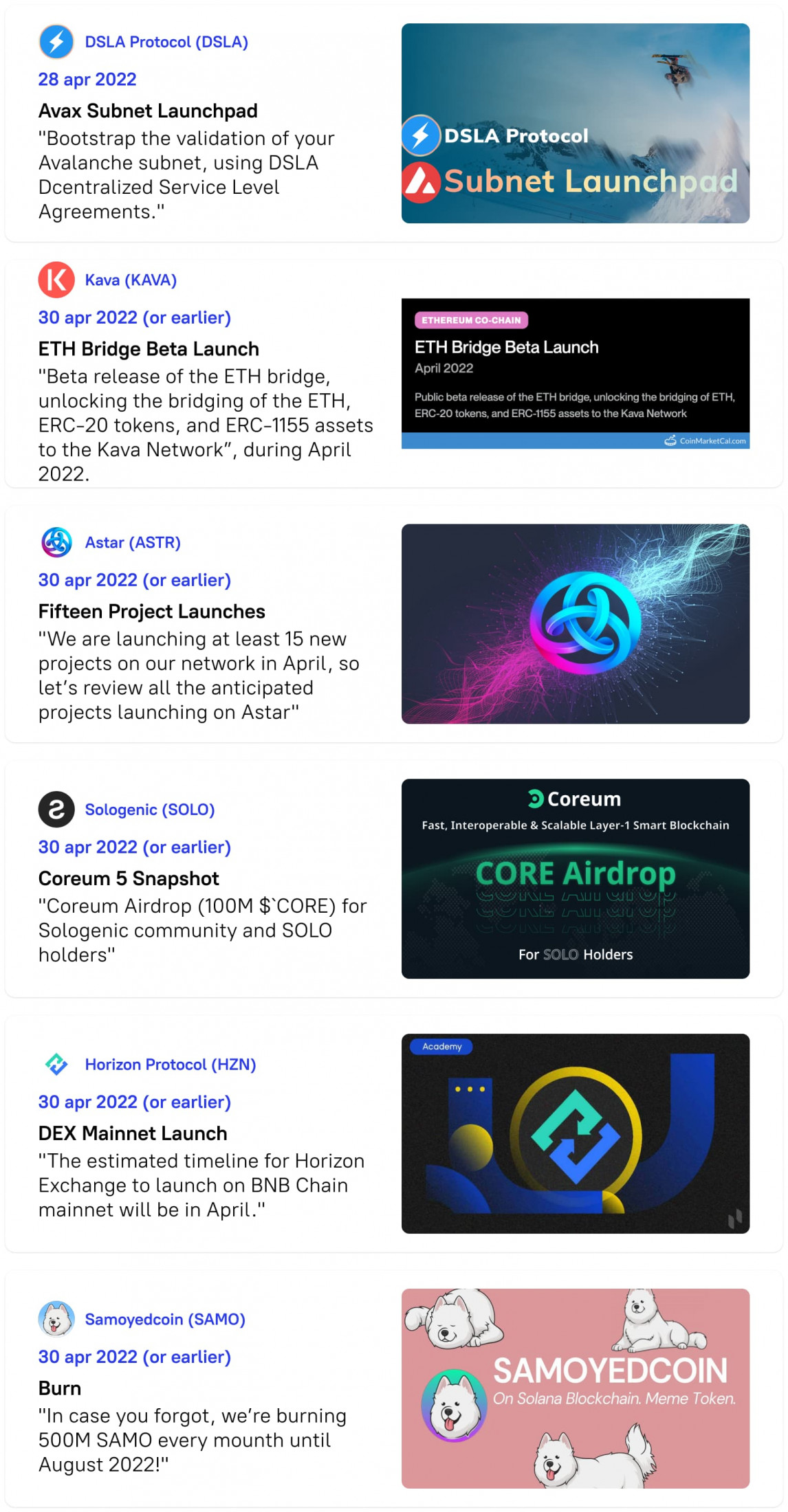 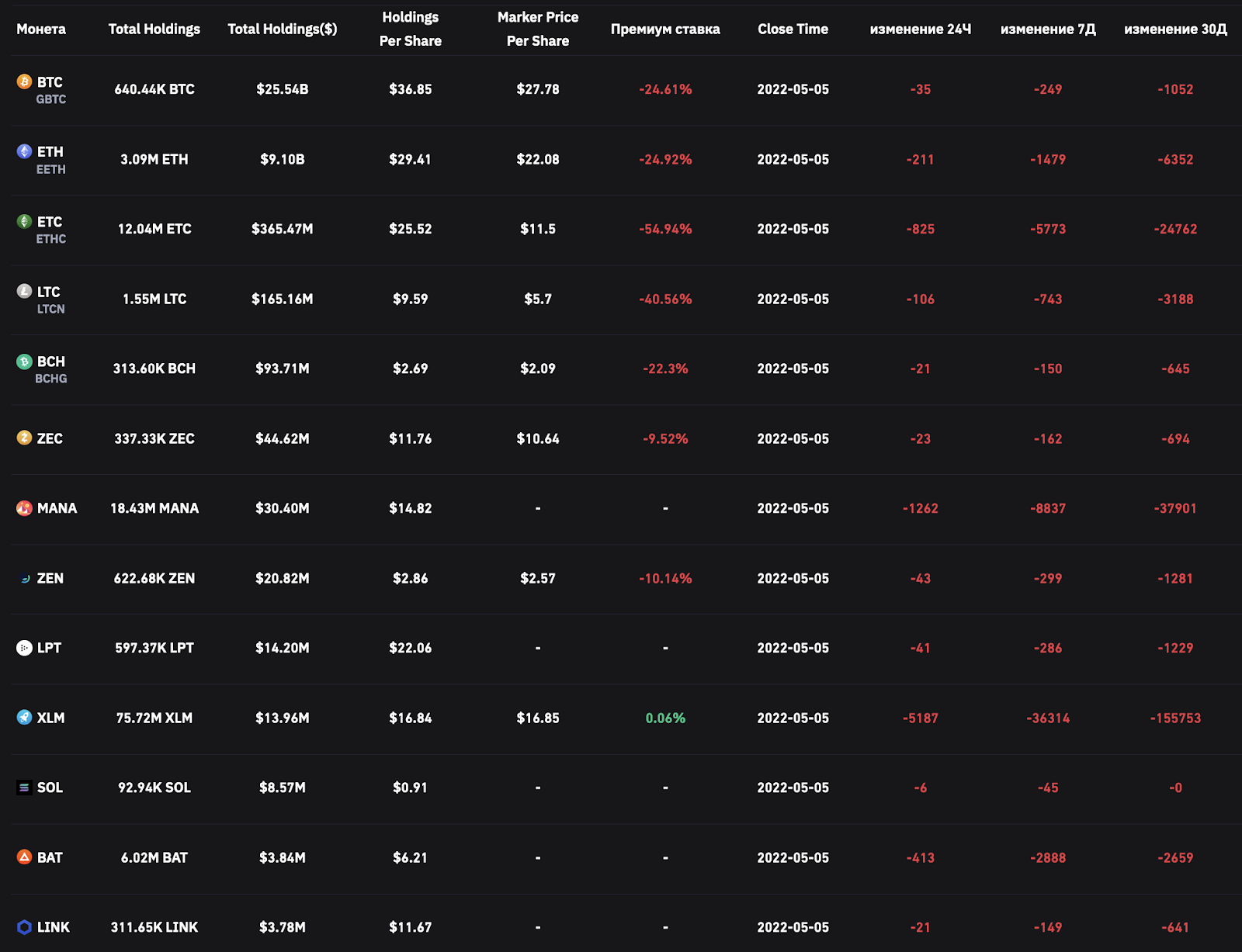 Long-term Bitcoin holders continue to back down, with a huge discrepancy between their buy price (blue) and sell price (pink).

This is the largest capitulation of long-term holders in the history of Bitcoin. 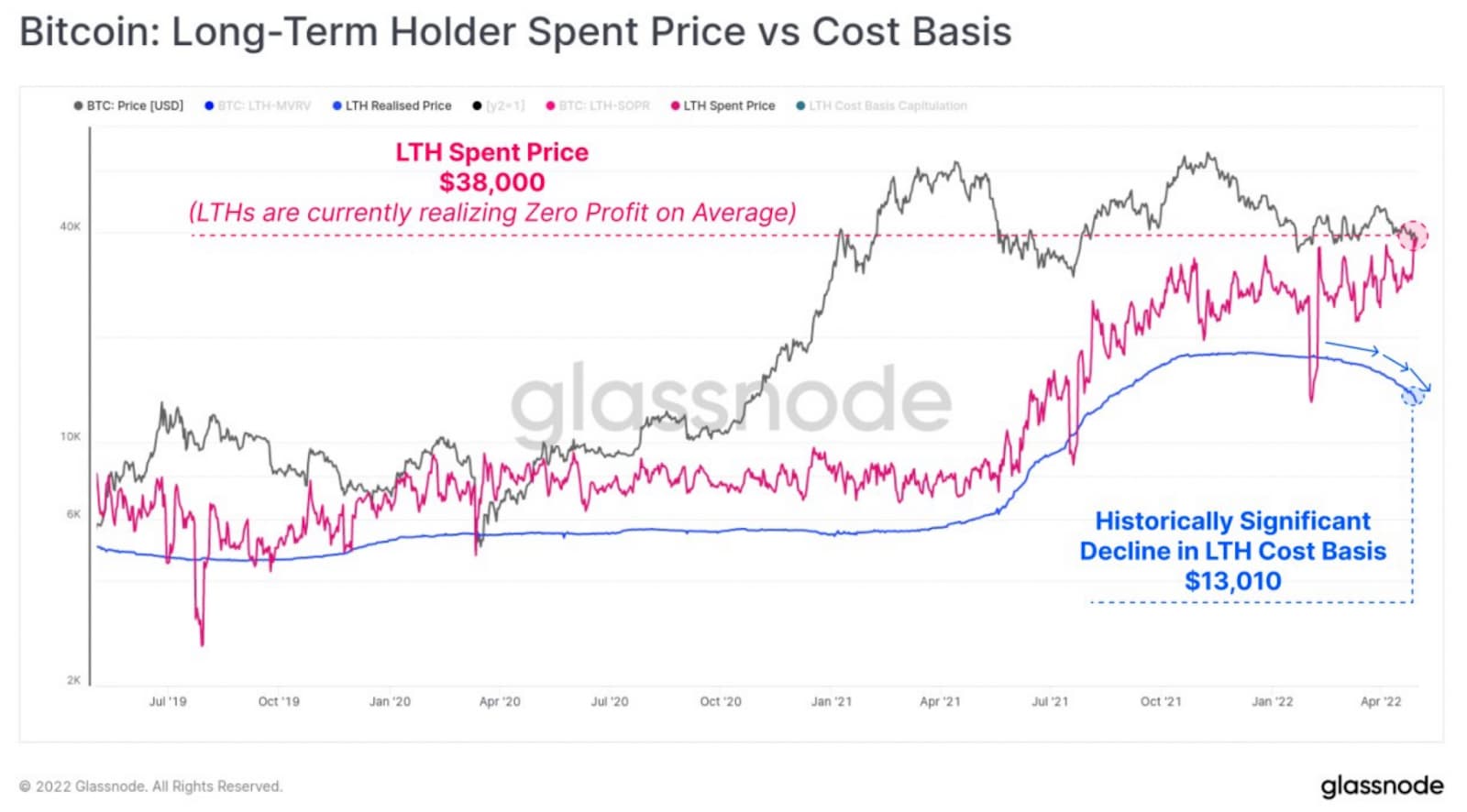 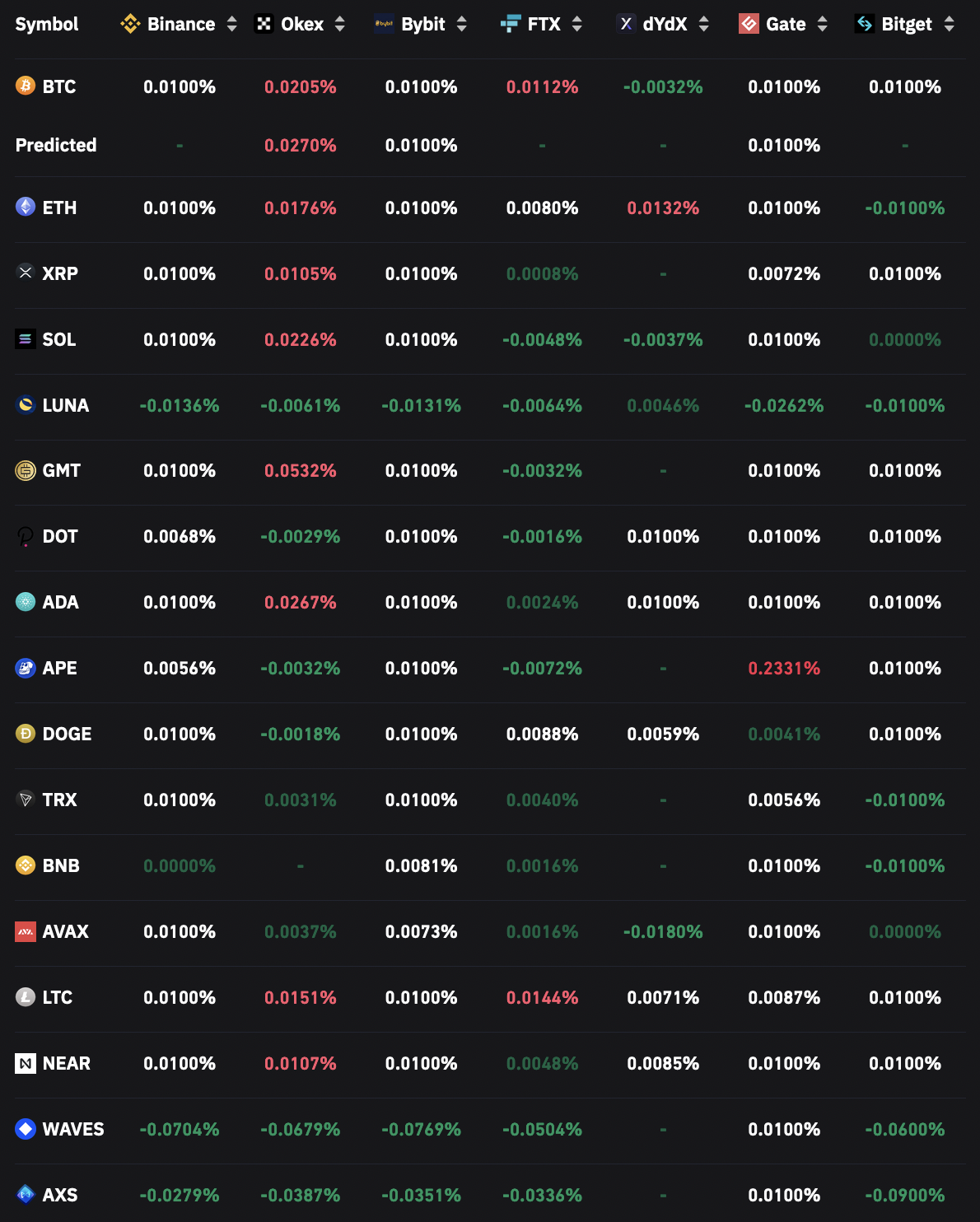