Decentraland is a decentralized blockchain project, which is a metaverse for content monetization. The platform was designed on Ethereum in 2015 and went through a long period of development from a pixel grid to a large-scale three-dimensional space. Today, it is possible to buy virtual land parcels in the Decentraland metaverse - both private users and large companies do so, while content creators can confirm ownership and profit from their contribution to the development of the platform.

The developers of the project believe that the decentralized model of interaction has several benefits compared to conventional, decentralized services. Income from transactions will be evenly distributed among platform users instead of being concentrated in single hands. Moreover, it will reduce the risk of censorship and vulnerabilities due to infrastructure failures.

Decentraland consists of consensus, digital lands ownership, and real-time layers that enable the smart contract infrastructure to connect with visualization in the tangible world and gameplay for users.

The consensus layer is the core: it contains LAND smart contracts that help establish ownership. Each record in a smart contract contains a hash with a link to a file: this file contains all the data about each land plot.

The second layer, the digital lands and content ownership layer, allows the visualization and distribution of digital content.

The real-world tethering layer allows platform participants to interact with objects and other users of the virtual world. All interactions at this level will be through peer-to-peer connections with servers hosted by landlords or third parties, eliminating the need to rely on centralized servers. 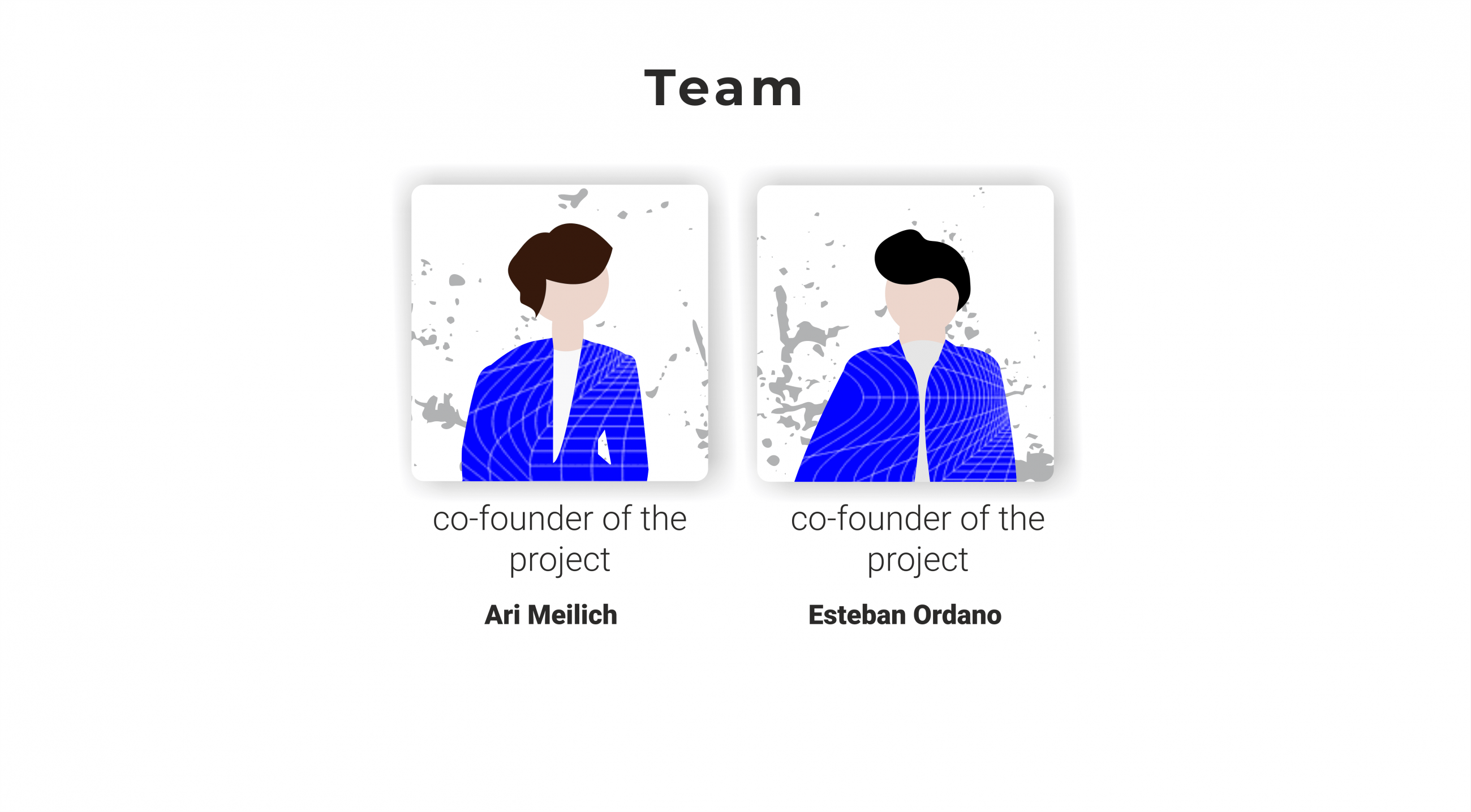 So, the first prototype of the Decentraland project appeared in 2015. From that moment until the LAND auction, a full two years passed: at the end of 2017, when the cryptocurrency industry was experiencing its blossoming, a corresponding campaign was organized. In fact, it is known that the first plots in the metaverse were sold at a fairly low price: about $20.

In March 2018, the Decentraland Marketplace was launched that allows users to buy and sell objects in Genesis City, as well as explore the terrain on the map. In October 2018, Animoca Brand acquired MANA tokens for about $500 thousand; in parallel, the team continued to develop the technical component of the platform.

The team now has more than 10 professionals. The investors are Digital Currency Group, CoinFund, Launch Partners and partners are big services and exchanges like Binance, Huobi, Coinbase Wallet, and Trust Wallet. 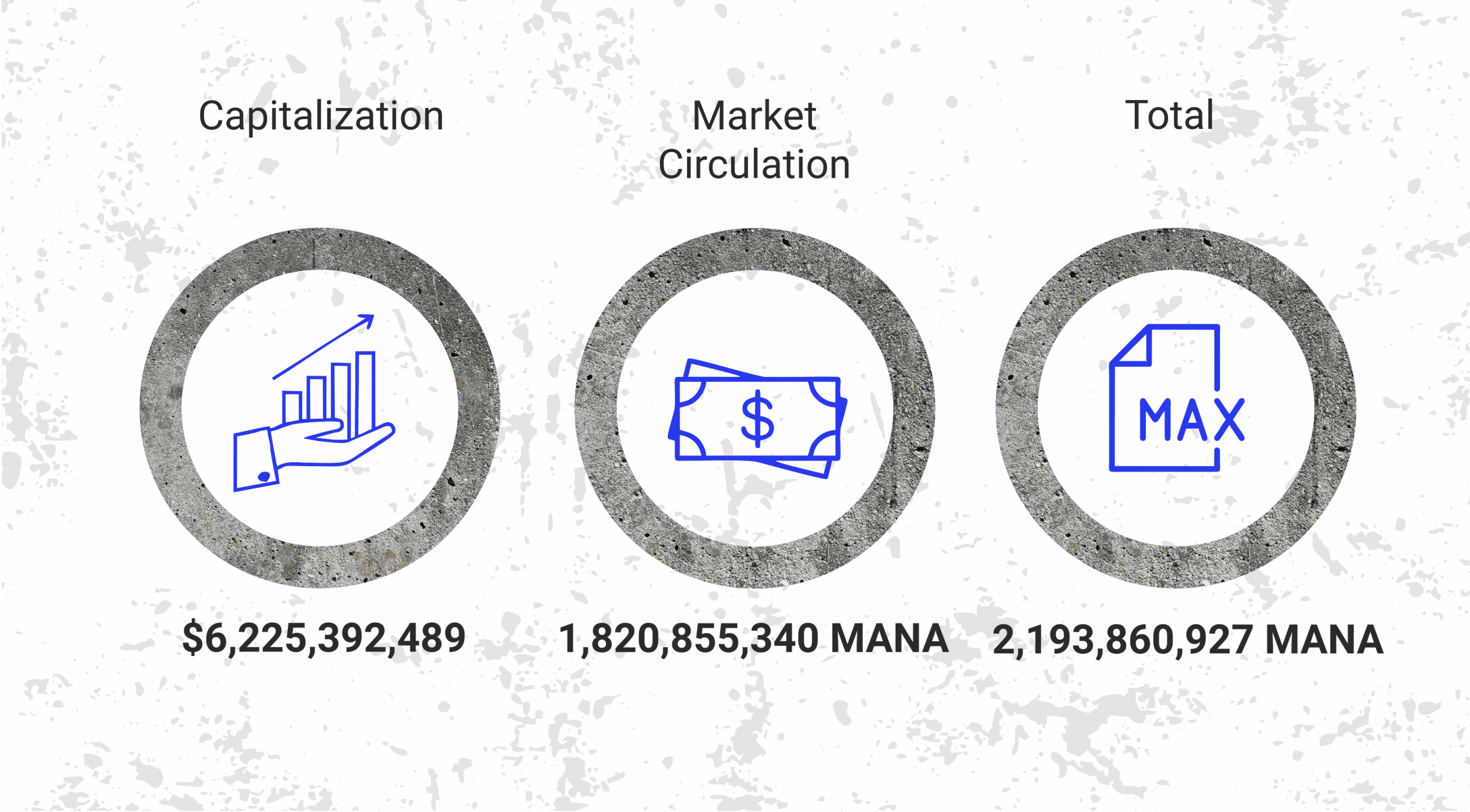 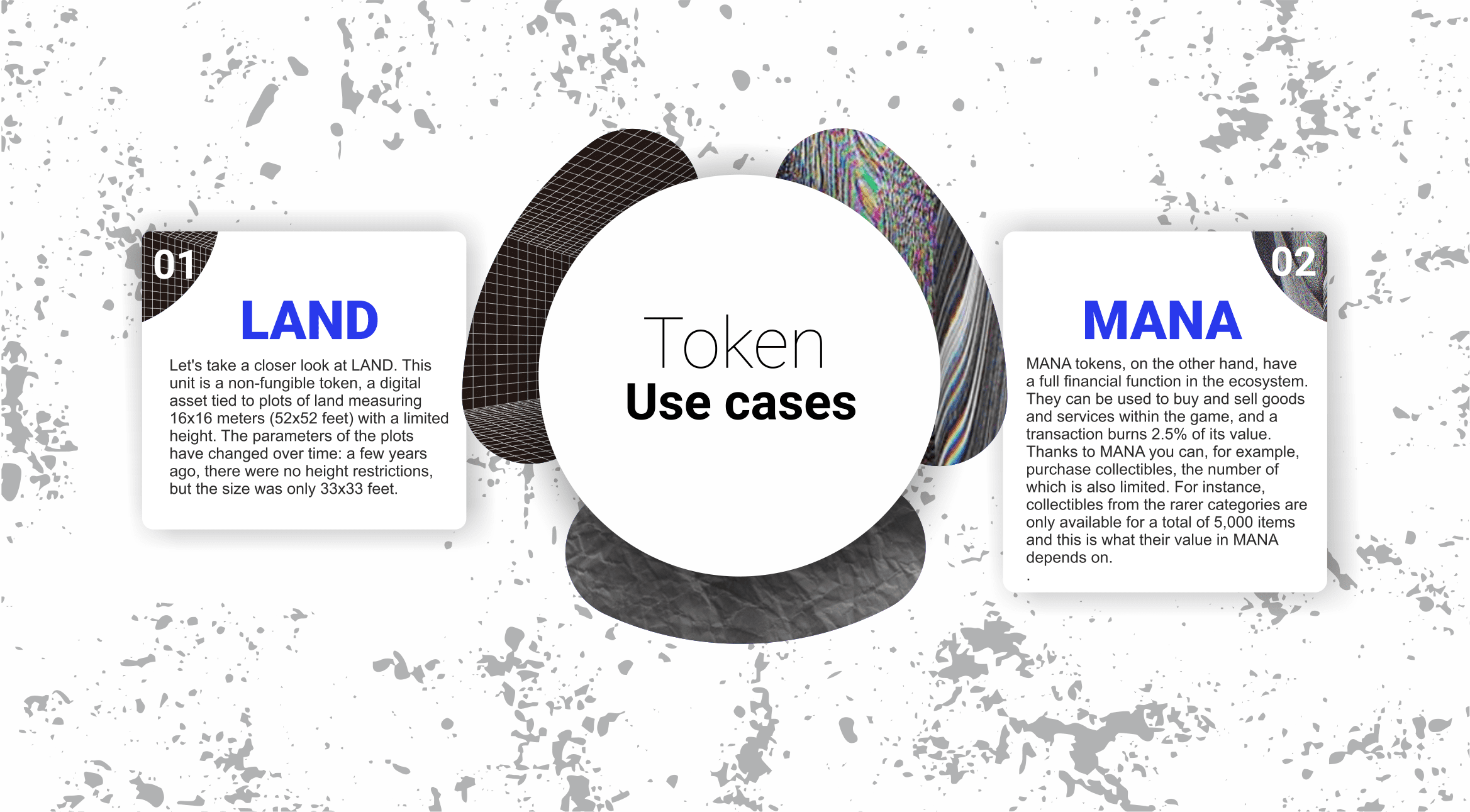 Decentraland's main network was launched in February 2020. This was preceded by many more important events. 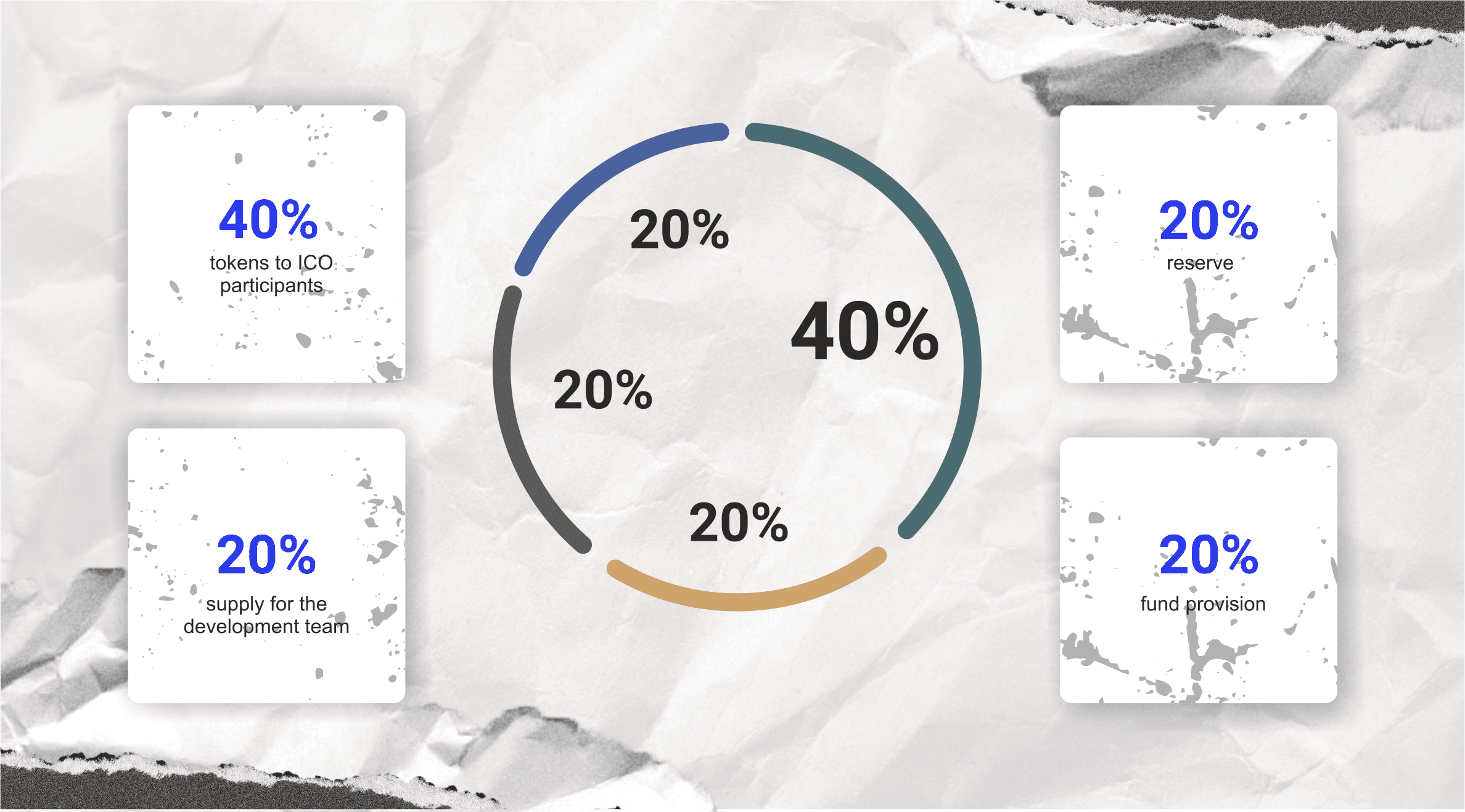 After the campaign, 2.81 billion MANA tokens were issued: 40% of them, or 1.1bn MANA tokens, were distributed among the participants of the investment stage. The developers organized the event with a special asset discount system to attract as much capital as possible. The goal of the project was to sell 1,000 MANA's at a price between $0.024 and $0.04.

The project was so popular among investors that the goal was achieved instantly: all tokens were sold out in 35 seconds.

The development team, the Decentraland Foundation and the community reserve each received 20% of the total supply or 561.2 million MANA: the tokens were to be unfrozen gradually and allocated to their destination.

Additional MANA tokens will be issued on an ongoing basis using a continuous token issuance model. Supply will increase by 8.00% in the first year, and over time this will drop to 6.06% by the fifth year and 4.65% by the tenth year. These additional tokens will be sold through a smart contract at a price that can be updated by the Decentraland Foundation to ensure consistency with the market price of MANA. Proceeds will be used to provide ongoing funding for the Foundation.

MANA auctions were followed by sales of LAND non-fungible tokens. On December 15, 2017, the Genesis City auction, known as the Terraform Event, sold 90,000 NFT tokens tied to land plots in the first zone of the metacommunity.

The tokens were divided into two parts: the first, smaller portion was 40,000 LANDs sold at a fixed price of 1,000 MANA per unit. These can be called the base tokens, which were later used to create the first digital district in the metaverse.

The second part, which amounted to 50,000 LAND, was decided to be sold out in an auction format with a starting price of 1,000 MANA. Those wishing to bid had to comply with the condition by adding the previous 25% of the value to each new bid. The value of some lots in this case reached 80,000 MANA.

Over the years, the project has survived more than one audit and constantly encourages users to find technical bugs by organizing bug bounties. 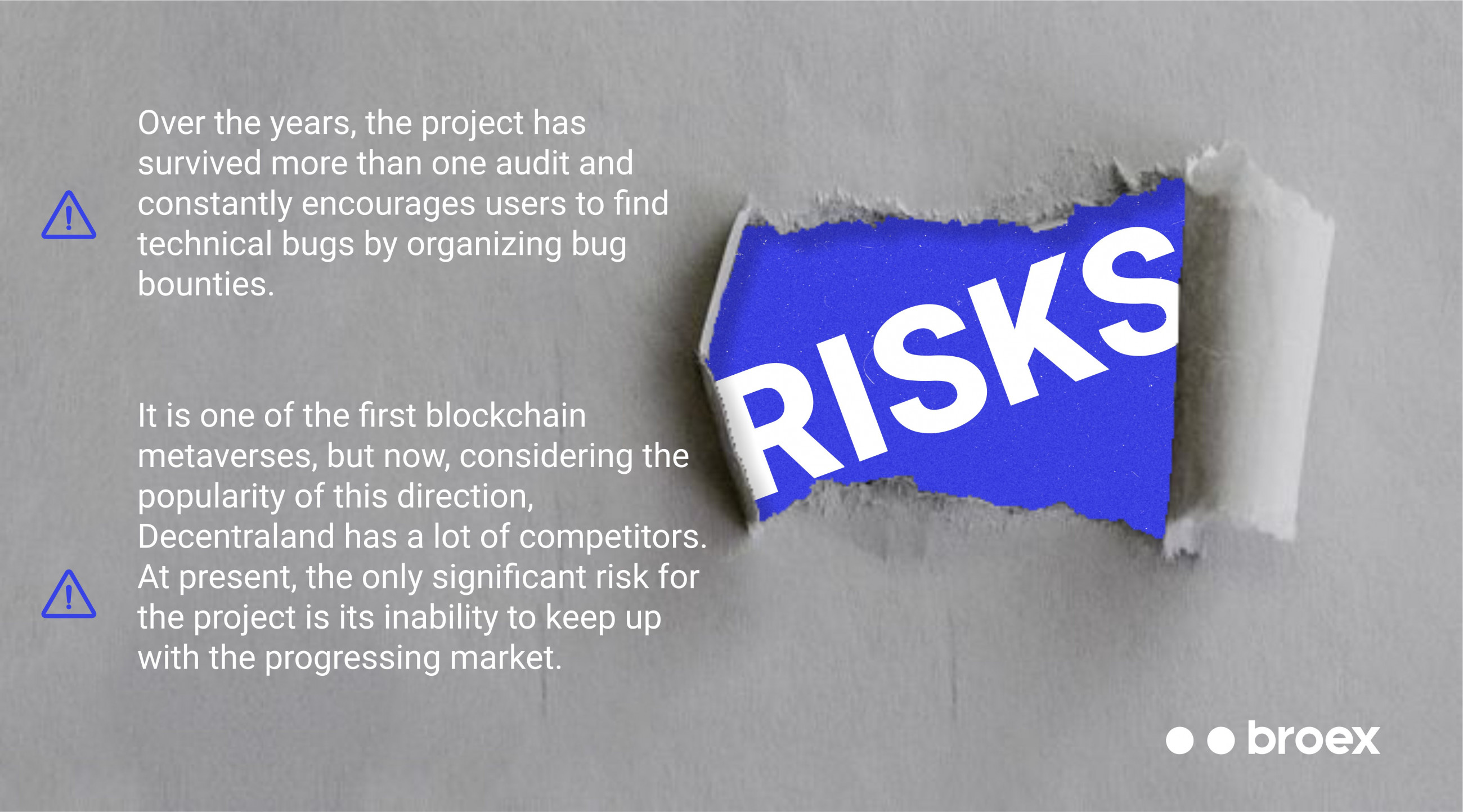 It is one of the first blockchain metaverses, but now, considering the popularity of this direction, Decentraland has a lot of competitors. At present, the only significant risk for the project is its inability to keep up with the progressing market.

The project is ranked 28th in the overall CMC ranking and 1st in the metaverse ranking. Today, NFTs tied to parcels of land within Decentaland are successfully being sold on the OpenSea marketplace. The price of plots starts at 5 ETH, and the most expensive spot on the map at the beginning of 2022 is estimated at 99,999,999,998 ETH. As the developers are not planning to add new plots, the price of them is unlikely to become lower.

Plots in the decentralized universe are owned by companies including Atari, Republic Realm, and Sotheby's. The government of Barbados is also planning to buy the land - it will be used to create a digital embassy.

Cultural events have already been held in the metaverse - the festival Metaverse was held in October 2021. 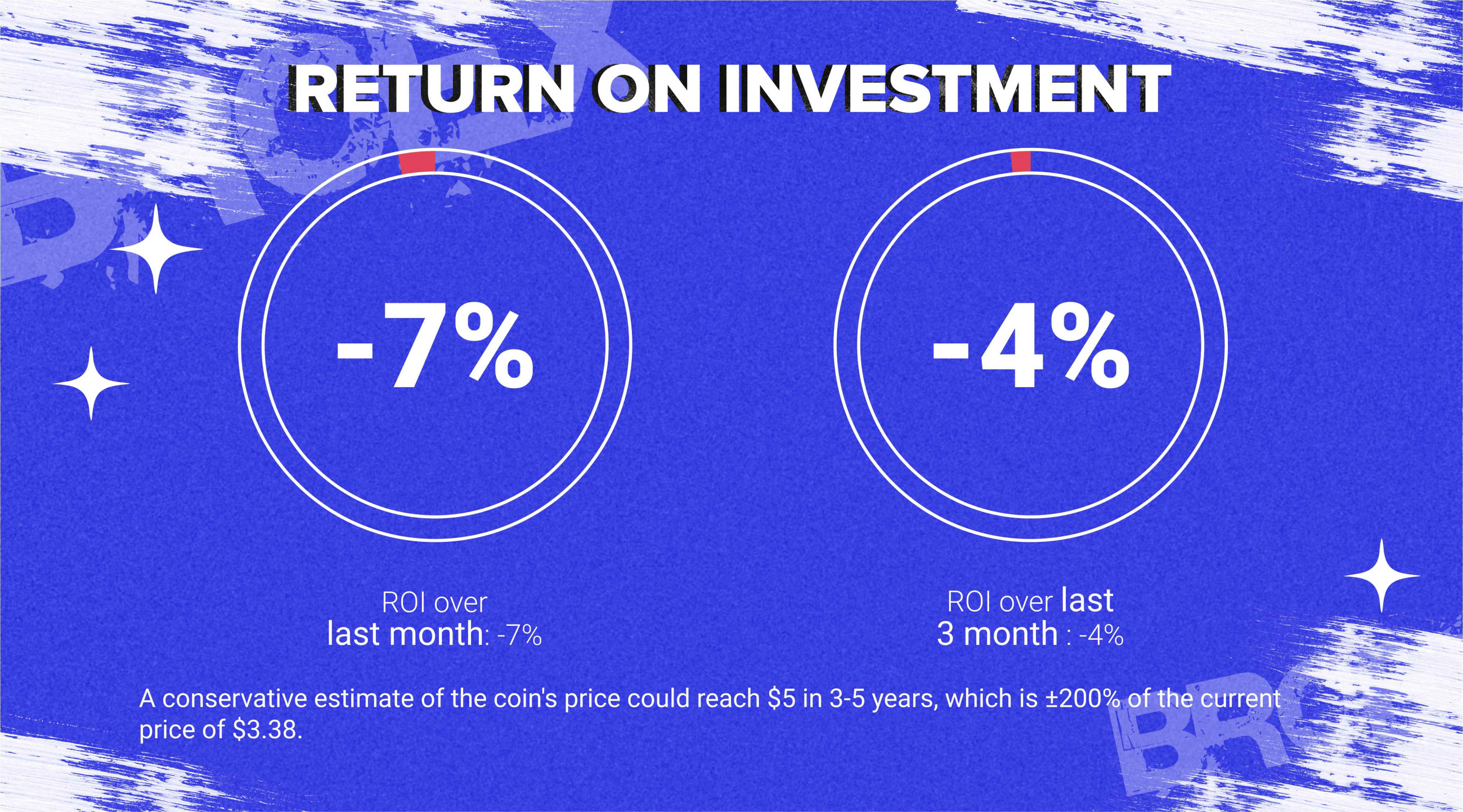