Polkadot is a complex blockchain ecosystem that aims to create a new kind of Internet, a decentralized Web 3.0. With it, not only tokens but also other types of data can be transferred between different blockchains.

Blockchain interoperability will enable the creation of a network in which users can freely manage their data thanks to decentralized protocols.

Polkadot has three levels in its structure:

The Polkadot ecosystem applies the PoS consensus algorithm. The agreement between nodes in the network is achieved through the interaction of four participants:

Each participant is rewarded for their contribution to the network. The test version of Polkadot is called Kusama: it was created to test the functionality of the technology in real-world conditions. 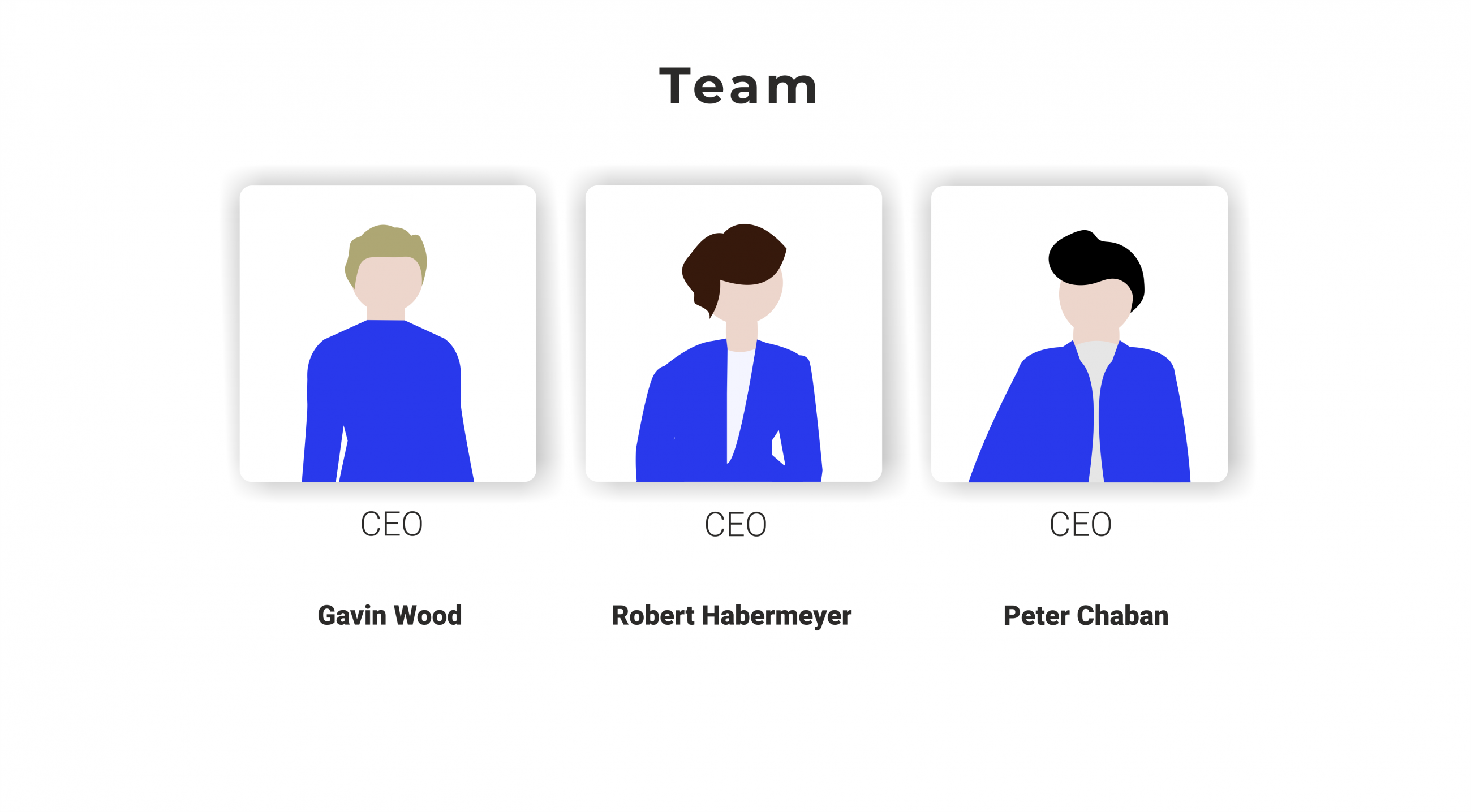 Gavin Wood is one of the developers of Ethereum, an enthusiast promoting Web 3.0 to the masses. Polkadot released its first white paper in 2016, when it set out to create a new version of Ethereum.

Peter Chaban is also the technical director of the Web3 Foundation, a project he and Wood founded in 2017 to support Polkadot's development. 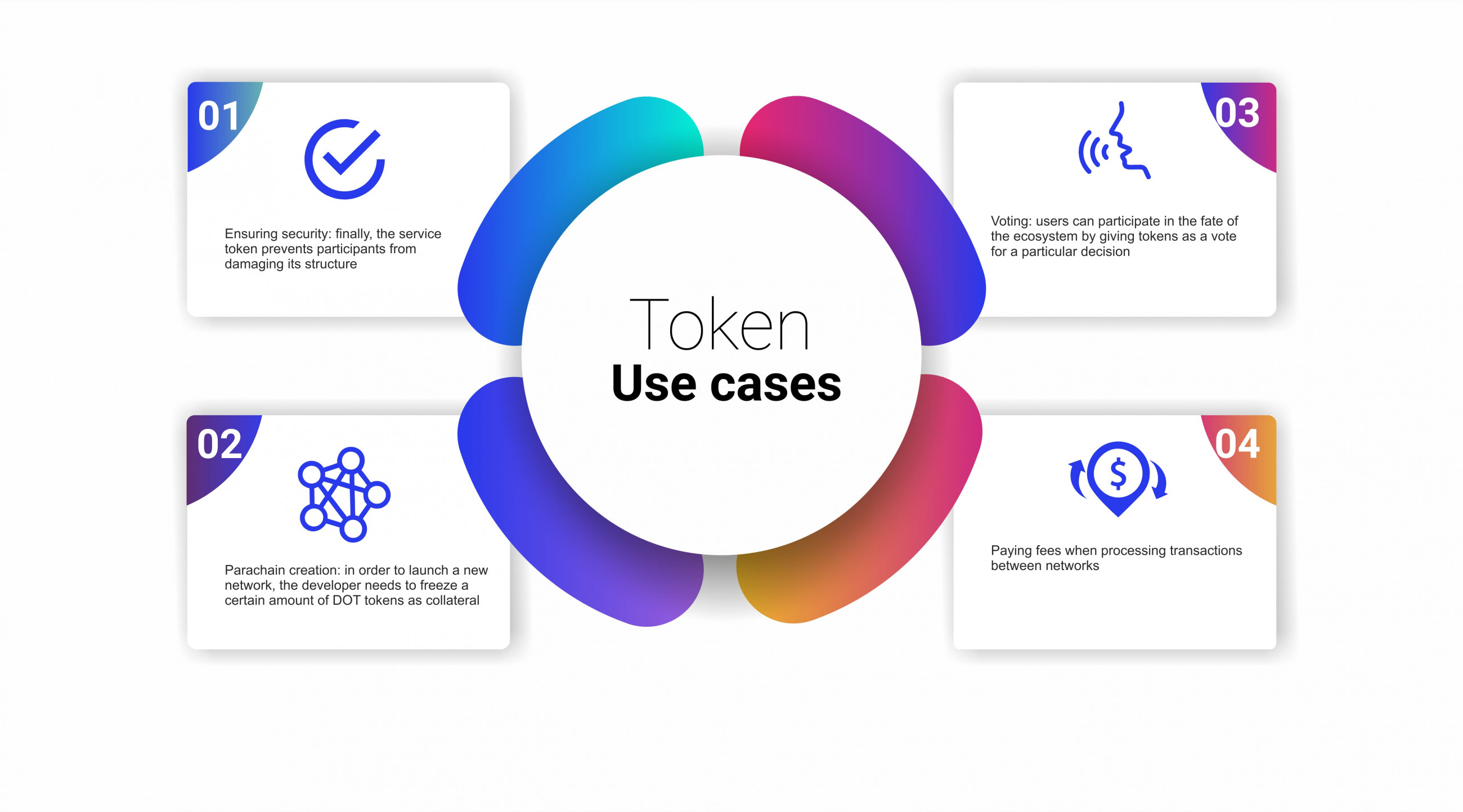 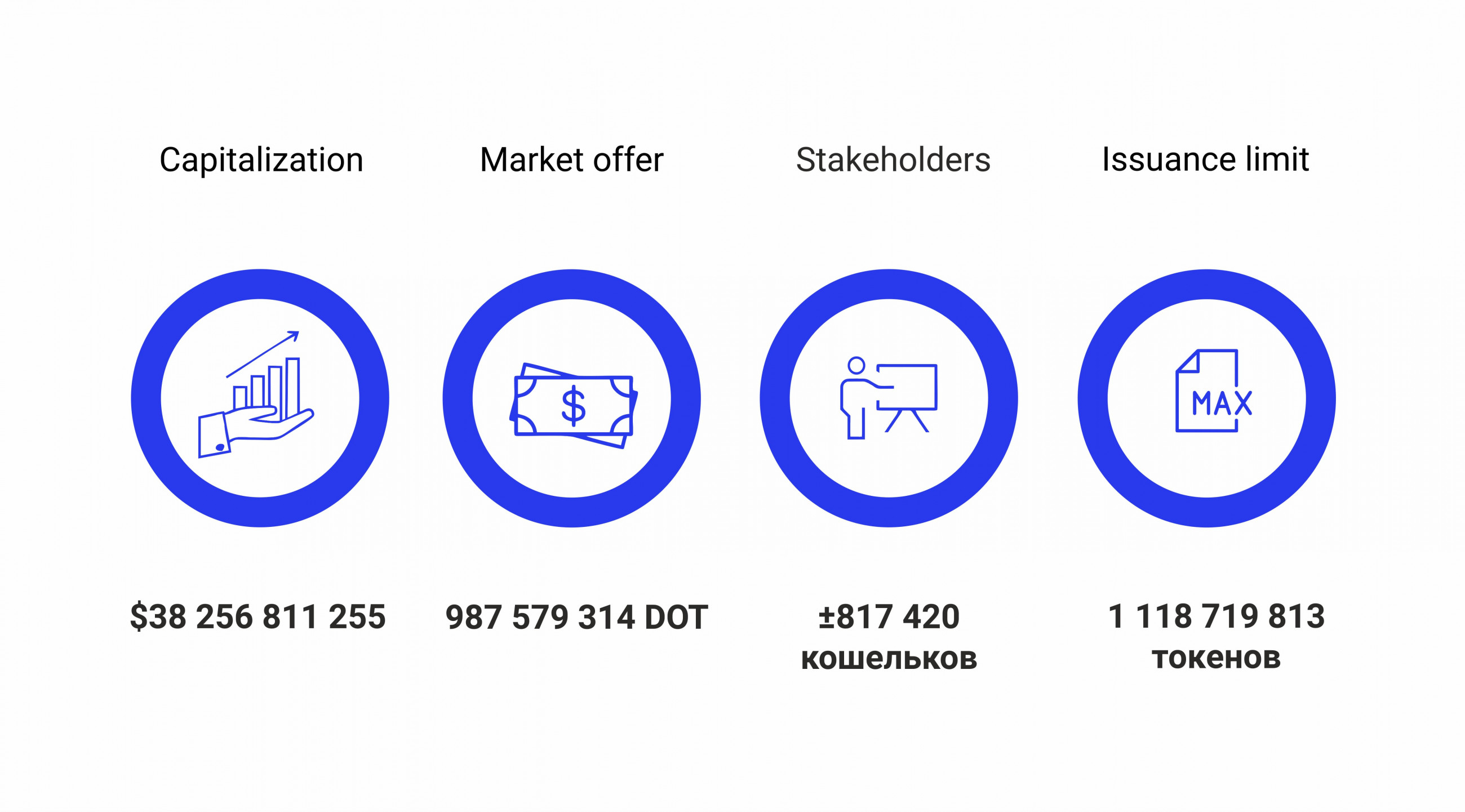 The first round of DOT funding was conducted in October 2017 through the Web3 Foundation. Within two weeks, the team managed to raise $145 million for the project by selling 50% of the entire investment offer.

Today, the project functions thanks to the support of Pantera Capital, Three Arrow Capital and Polychain funds. 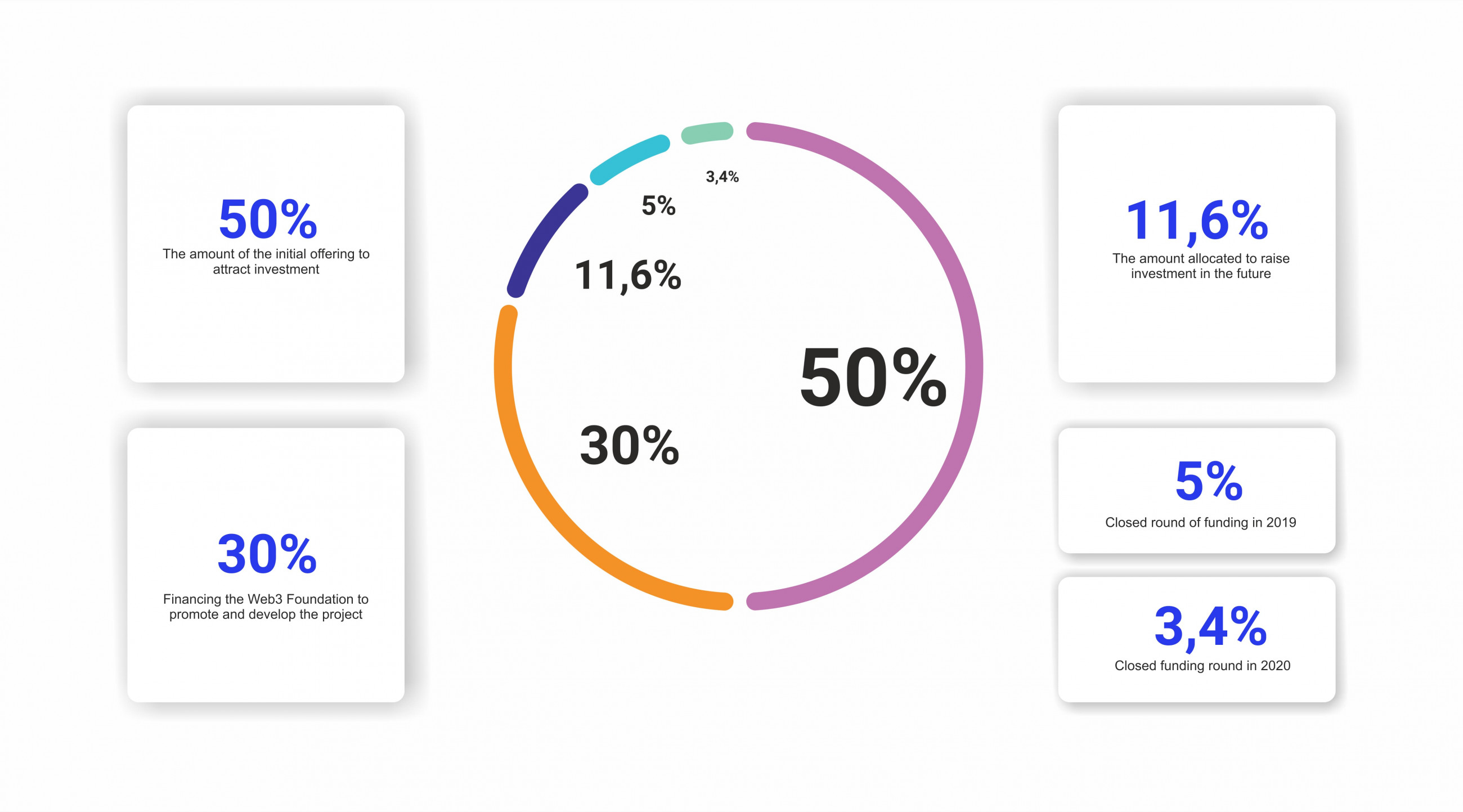 The closed funding round was initiated by the Web3 Foundation: 500,000 DOT were sold to anonymous investors, presumably closing the goal of raising $60 million. Another private round took place in 2020, then managed to raise about $42 more. 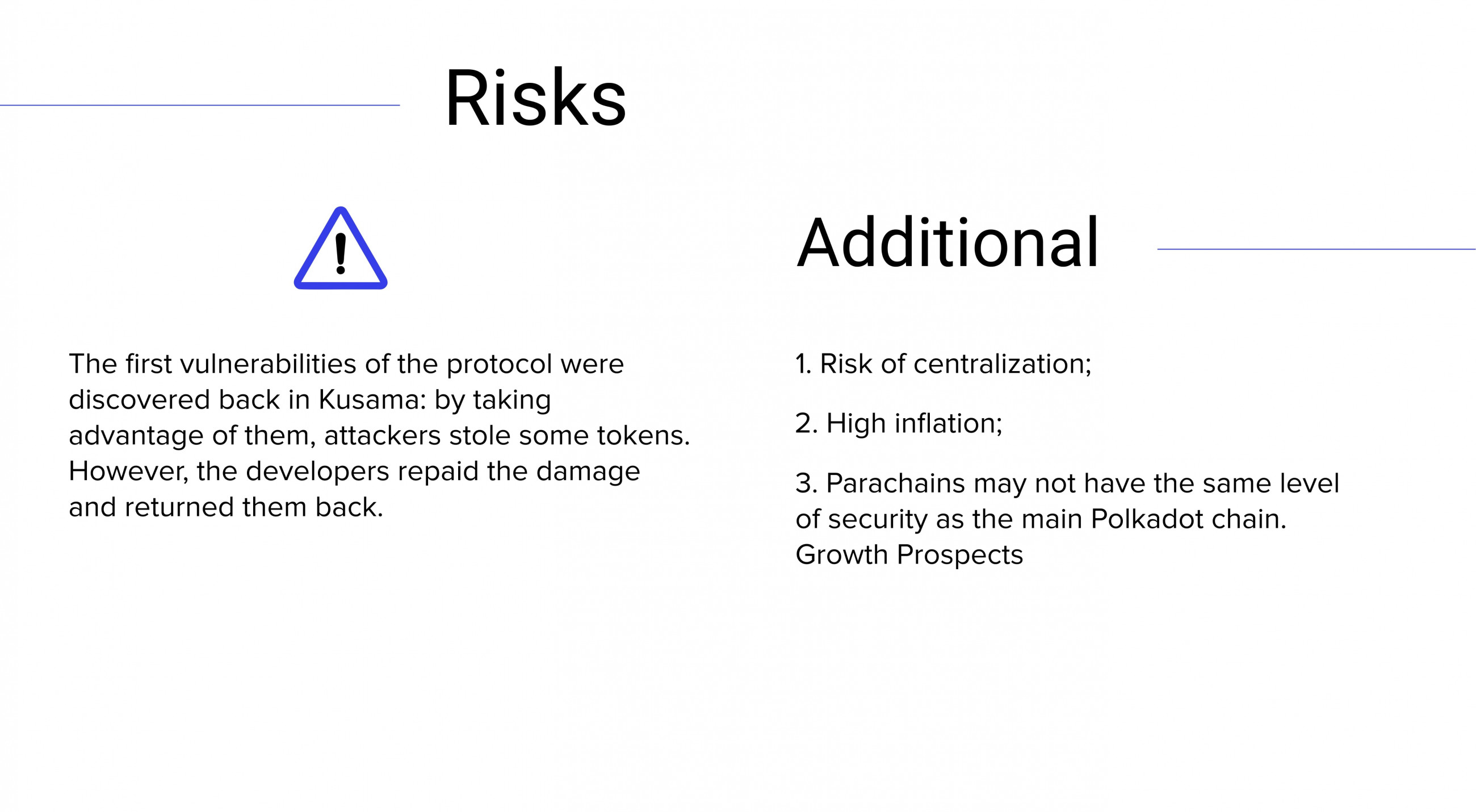 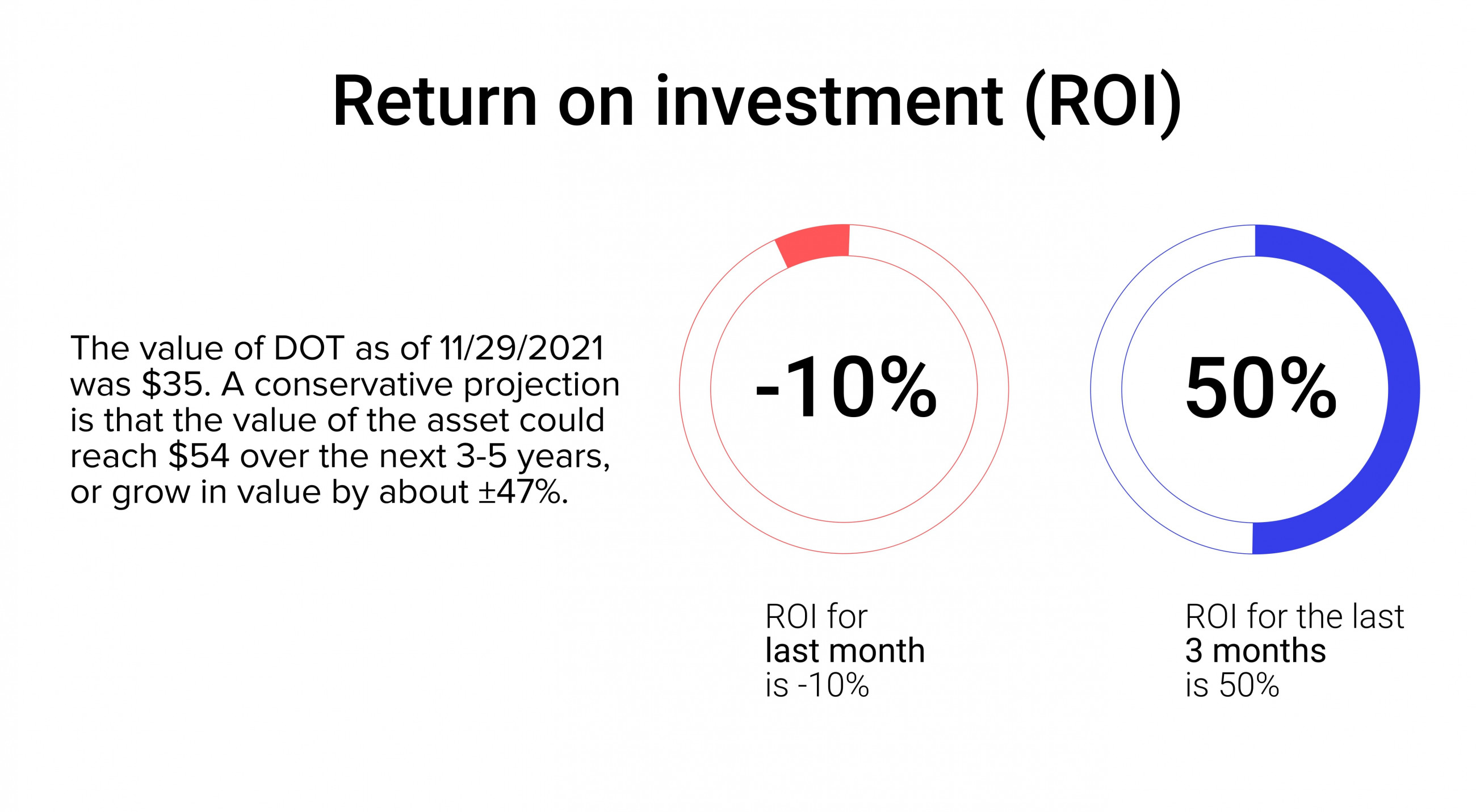 The project takes 7th place in the overall ranking and 4th place among smart contract platforms.

One of the keys to the successful growth and development of this ecosystem is a strong Web3 Foundation, which has been providing grants on a regular basis and helping to popularize Polkadot since its inception.

Transparency and flexibility for investors is also important: the IPO format offers them a much safer environment compared to the disappointing expectations of the ICO community.

Thus, the investor will have more incentives to invest in parachains, and the developers will fight for a place in the Polkadot network. Initially, 100 slots are provided, one of which can be secured during the auction.