Elrond is a blockchain protocol that aims to provide extremely high transaction speeds through the use of sharding. The project describes itself as a technological ecosystem for the new Internet, which includes fintech, decentralized finance, and the Internet of Things.

The smart-transaction platform is reportedly capable of performing 15,000 transactions per second, with a latency of six seconds and a transaction cost of $0.001.

By sharding, a practice of paralleling data and transaction processing, Elrond's performance will increase as the number of computers connected to the network grows, reaching over 100,000 transactions per second, becoming increasingly decentralized. 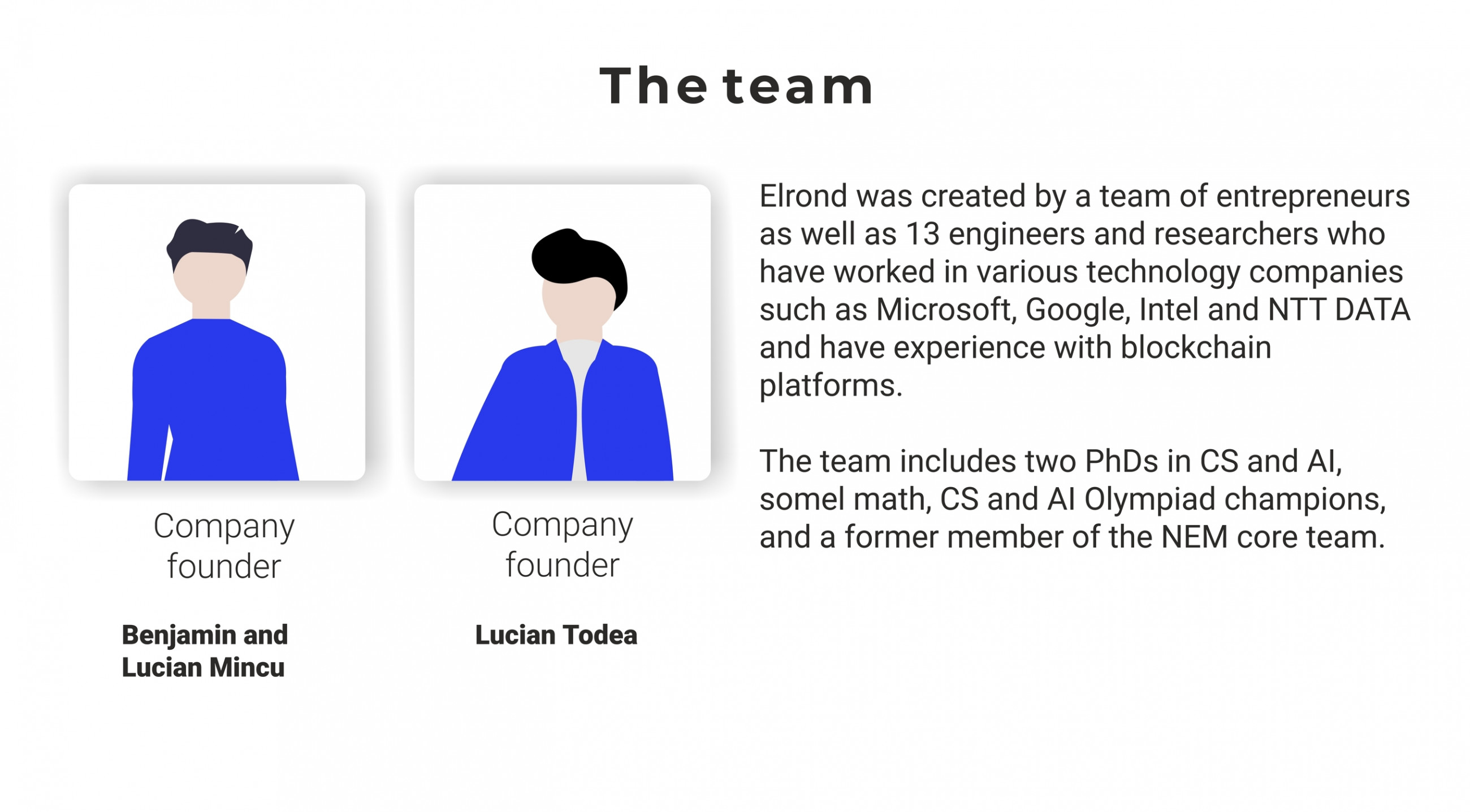 The use of EGLD 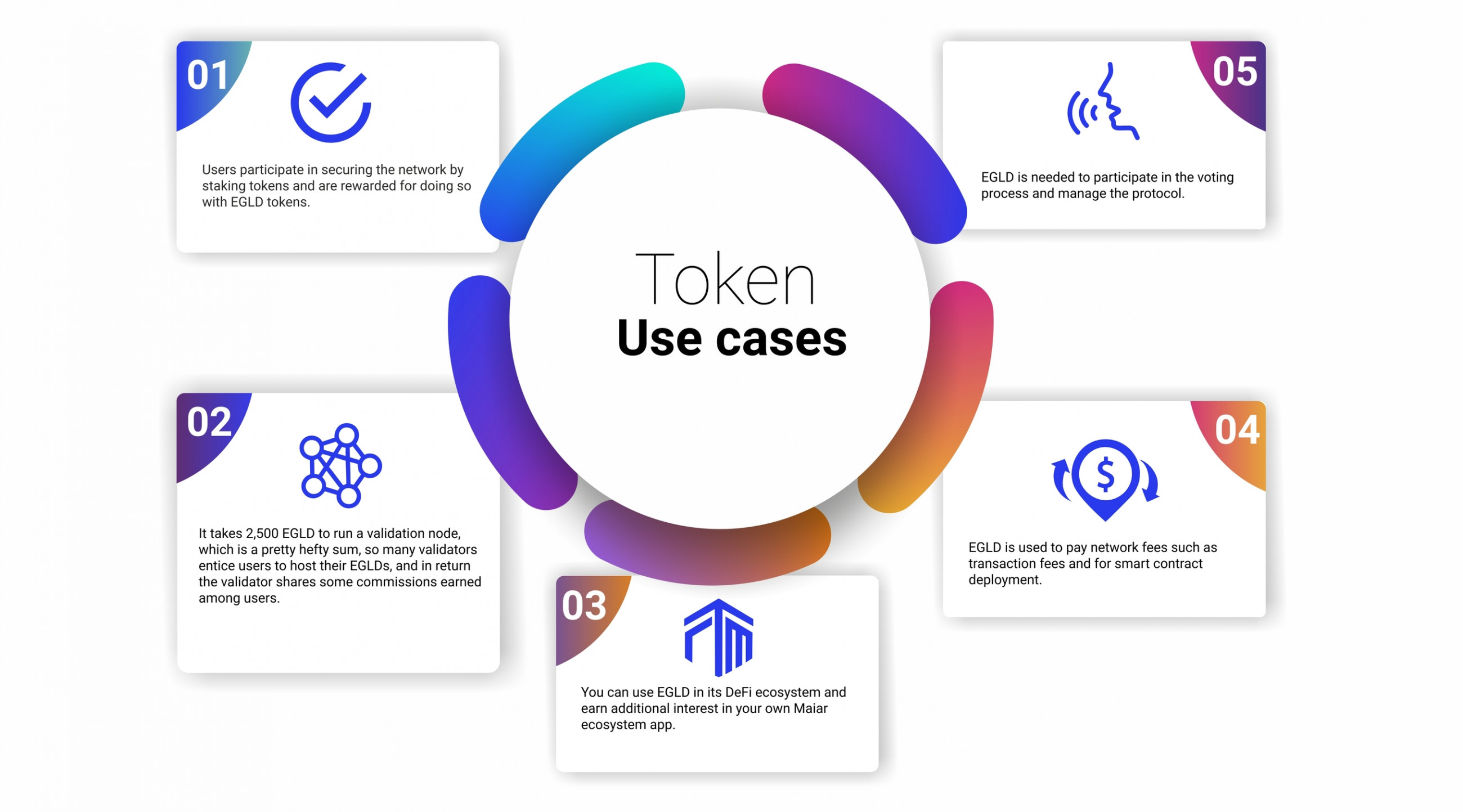 Elrond originally issued tokens under the ticker ERD on the Ethereum and Binance DEX blockchains. A total of 20 billion ERDs were initially distributed on July 4, 2019, which is currently equal to 20 million EGLDs.

After the launch of the main network in July 2020, Elrond changed its economic policy, reducing its own token offerings by a factor of 1000 to 20 million. As part of the transition and token exchange, ERD holders could exchange ERDs for Elrond's new token, called EGLD, at a rate of 1,000:1. 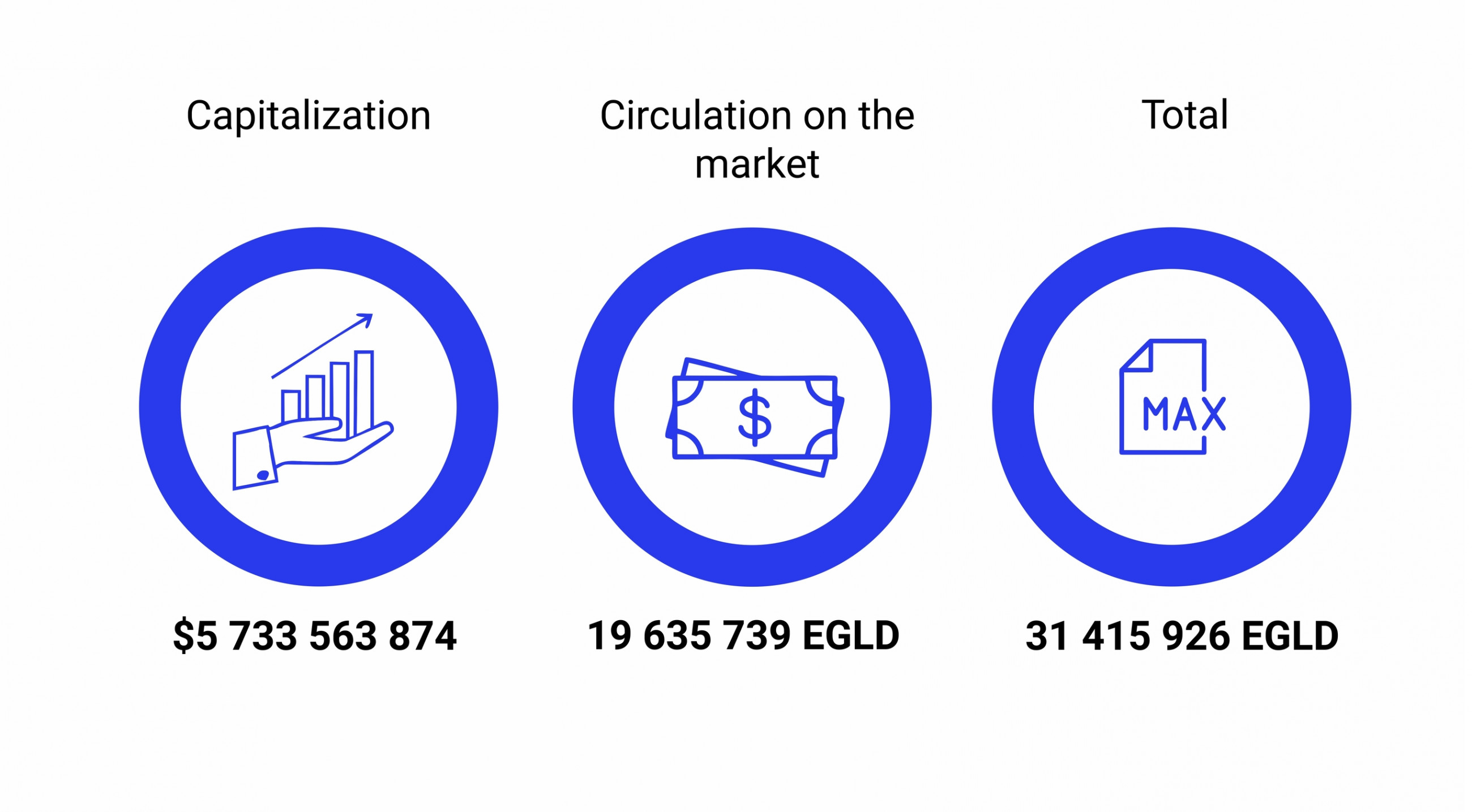 Distribution of the total supply of ONE tokens 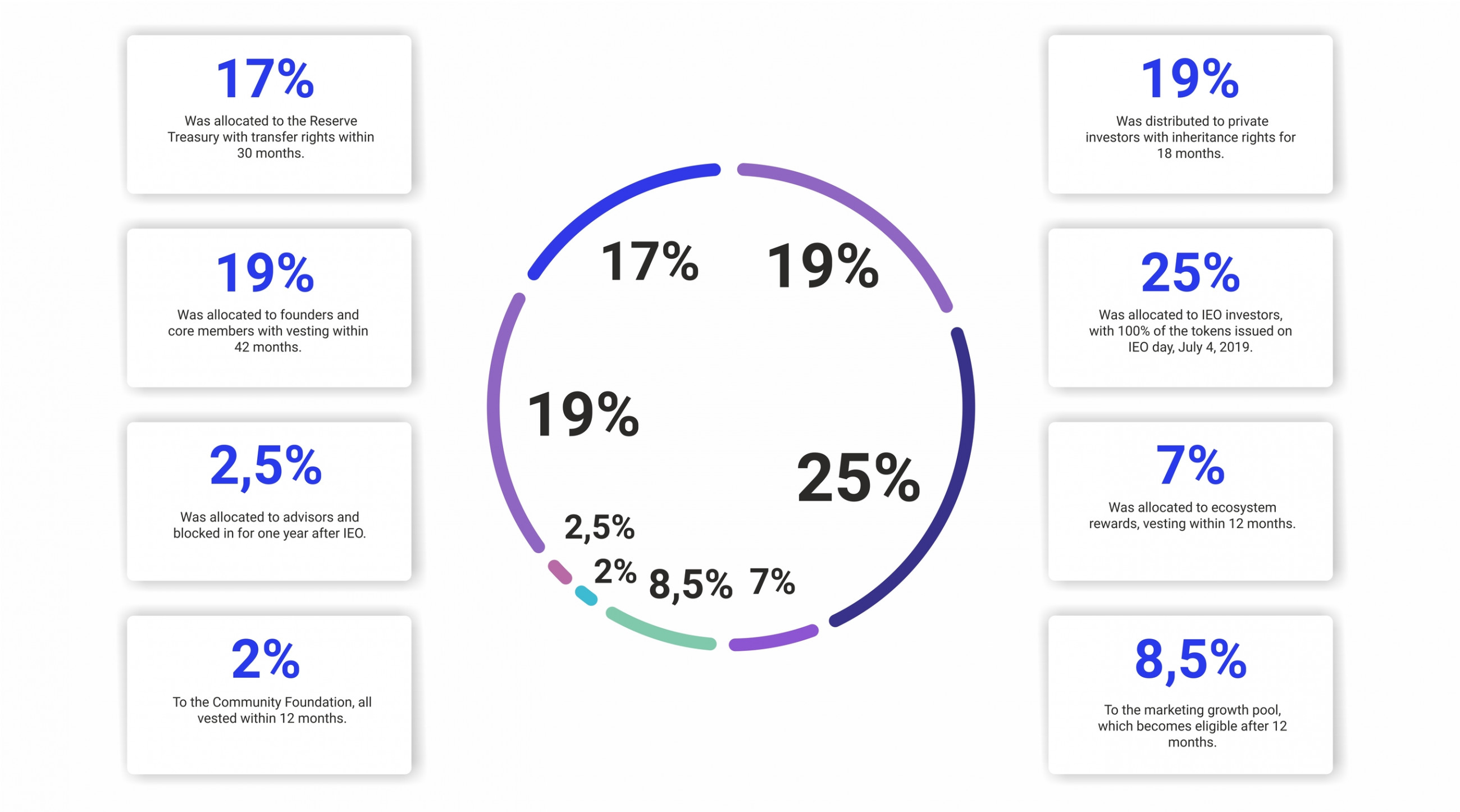 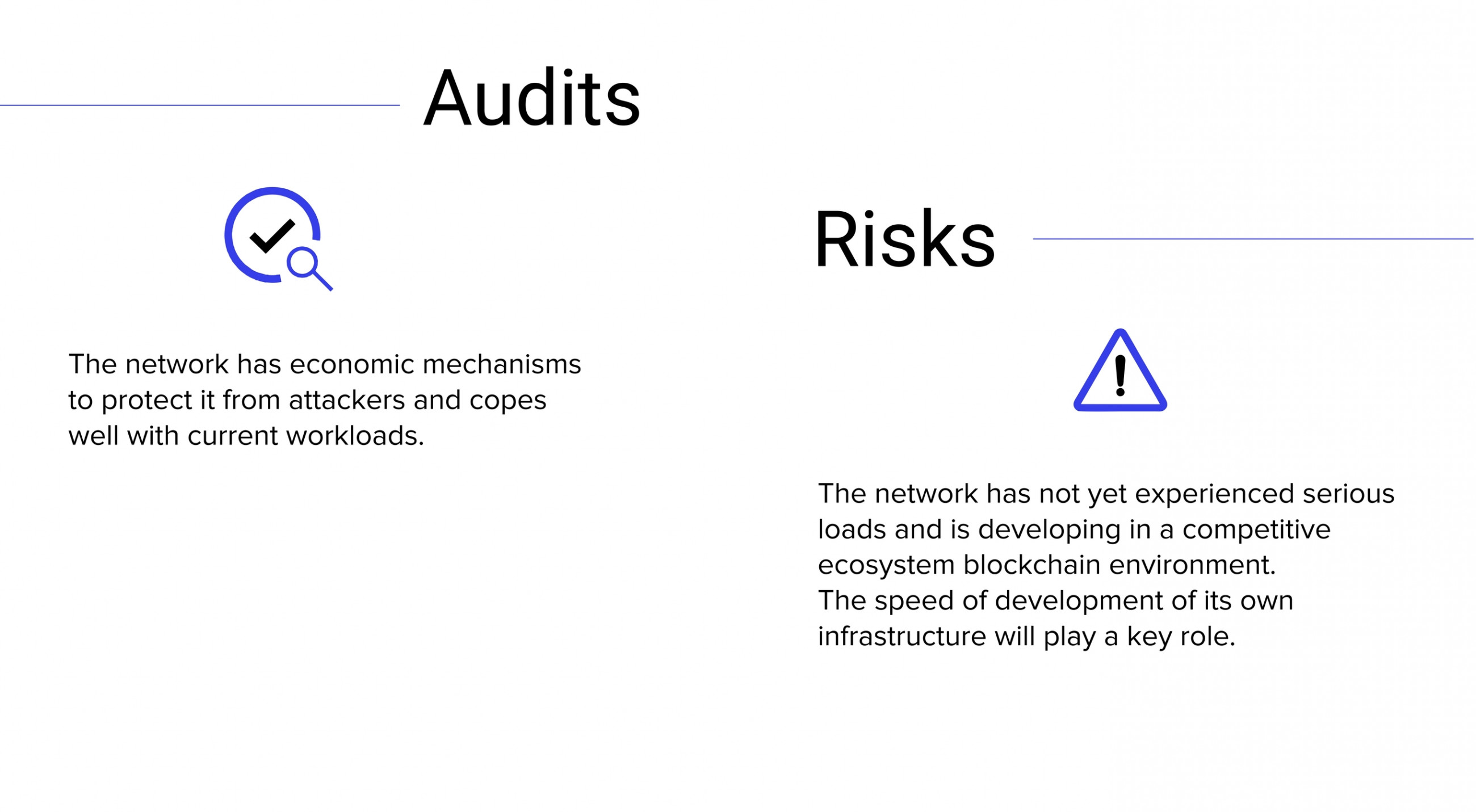 One of the most attractive features of Elrond is that smart contract creators receive 30% of the gas used by their contract as royalties, without the calling party having to pay more. Elrond smart contracts can be renewed, which will definitely make life easier for any project during its lifecycle.

The Elrond network plans to provide full interoperability between various external services, starting with the introduction of the Elrond Virtual Machine (EVM). This virtual machine will support smart contracts written in Solidity, allowing users to create secure transactions between Elrond, Ethereum and other tokens without using centralized platforms.

The reserve pool will be used to fund the development and expansion of the ecosystem, increasing the security and value of the network in the long term.

A promising future direction is to explore the use of an algorithmic stable token to pay for services, as well as using the rate as collateral to issue a stable token.

Moreover, eGold, in addition to staking and delegating, can be used to stabilize the value of Elrond's stabilized assets by becoming a component of the reserve. The reserve can consist of a basket of cryptocurrencies, which would help the protocol reduce the supply of future Elrond stable assets. 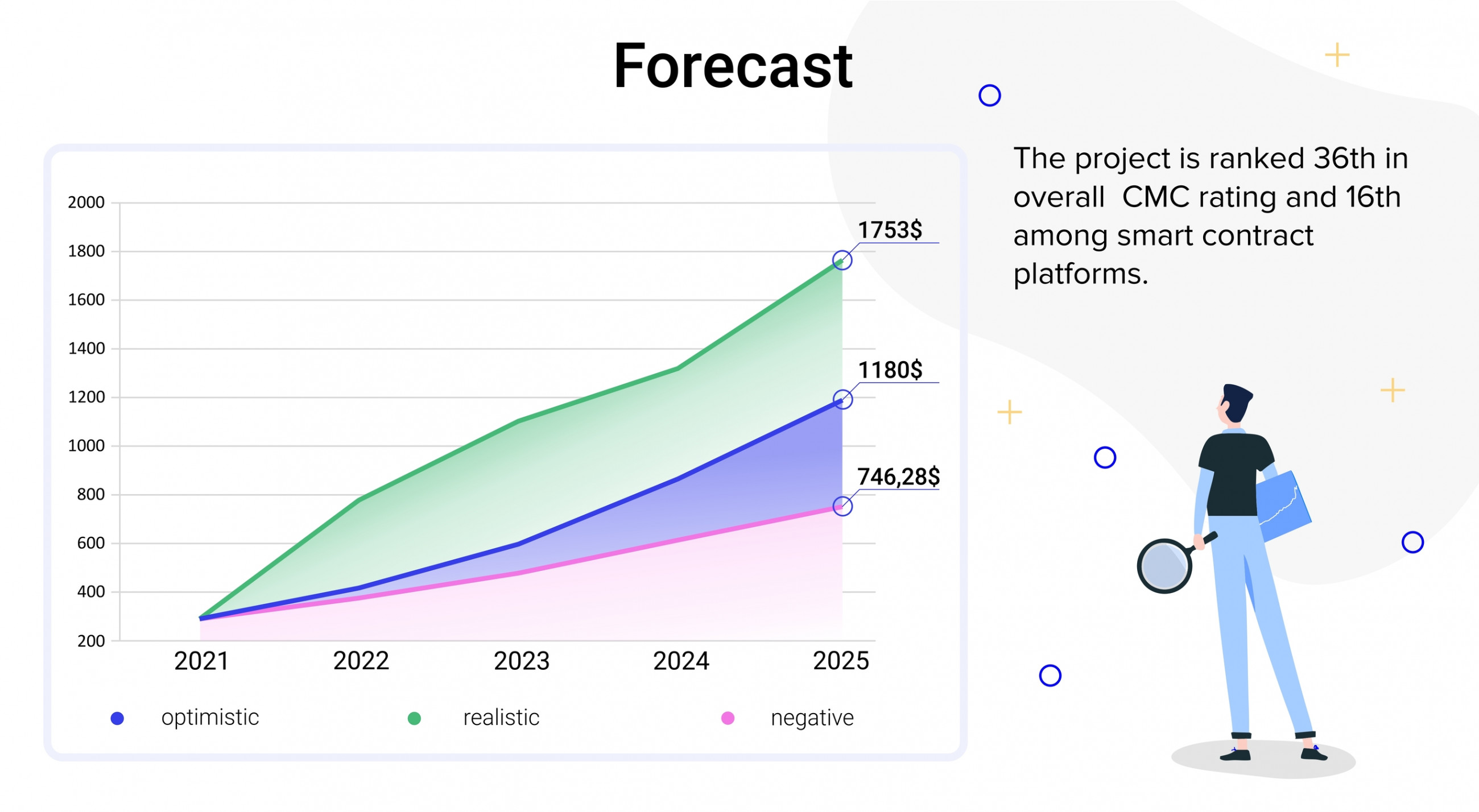 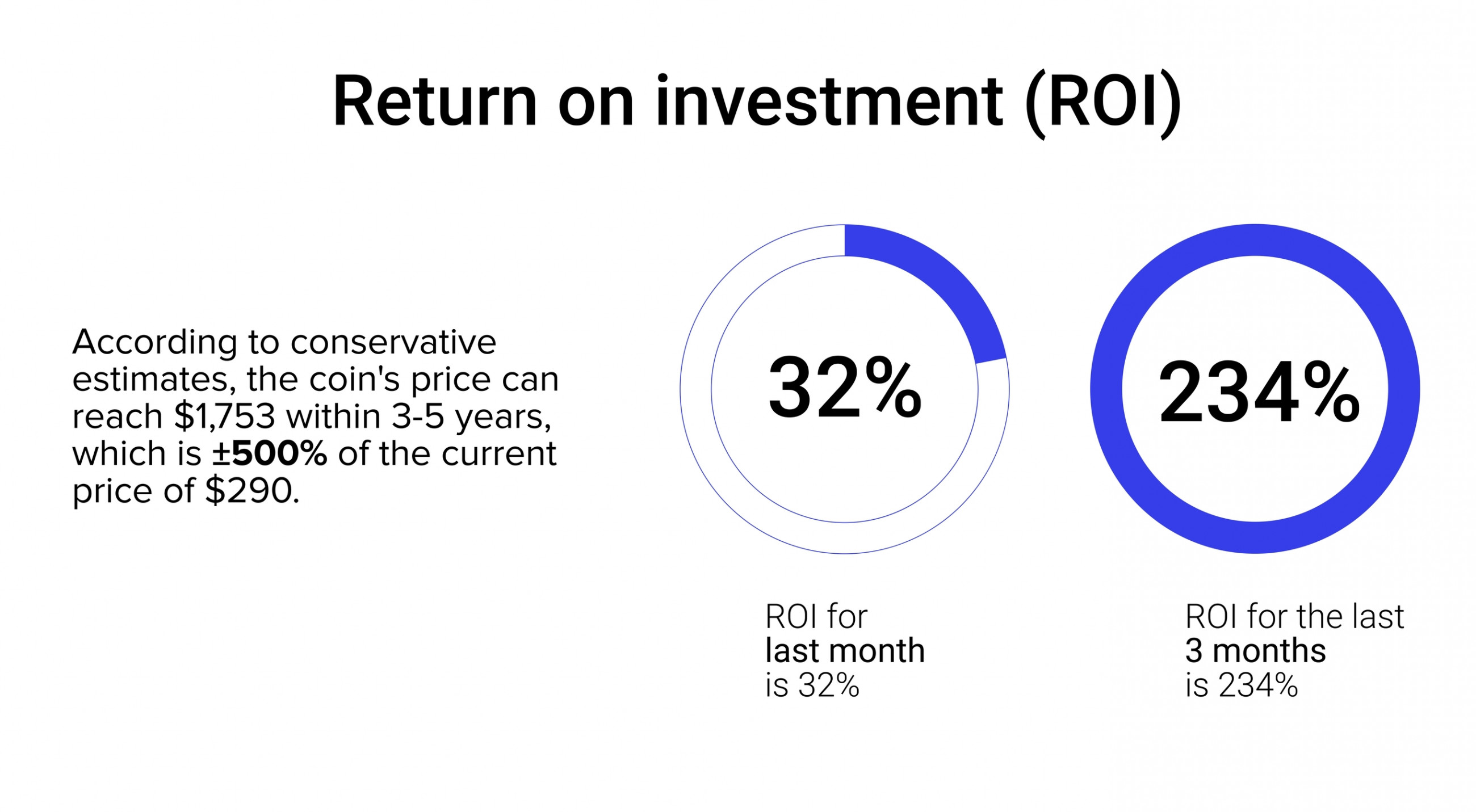