NEAR is a decentralized blockchain platform based on the Proof-of-Stake (PoS) consensus algorithm. Its purpose is to create an ecosystem for the development of new decentralized apps.

The other goals of the developers are:

In addition to traditional technologies for projects of this type, the network uses the Doomslug consensus algorithm and the Nightshade sharding mechanism: this significantly increases the power of the network.

The project is considered to be open: each user can contribute to its development and make suggestions to improve the ecosystem in the community forum. Before a change comes into effect, it must be reviewed by other community members and accepted by the validators through a voting process.

The project was founded in early 2017. 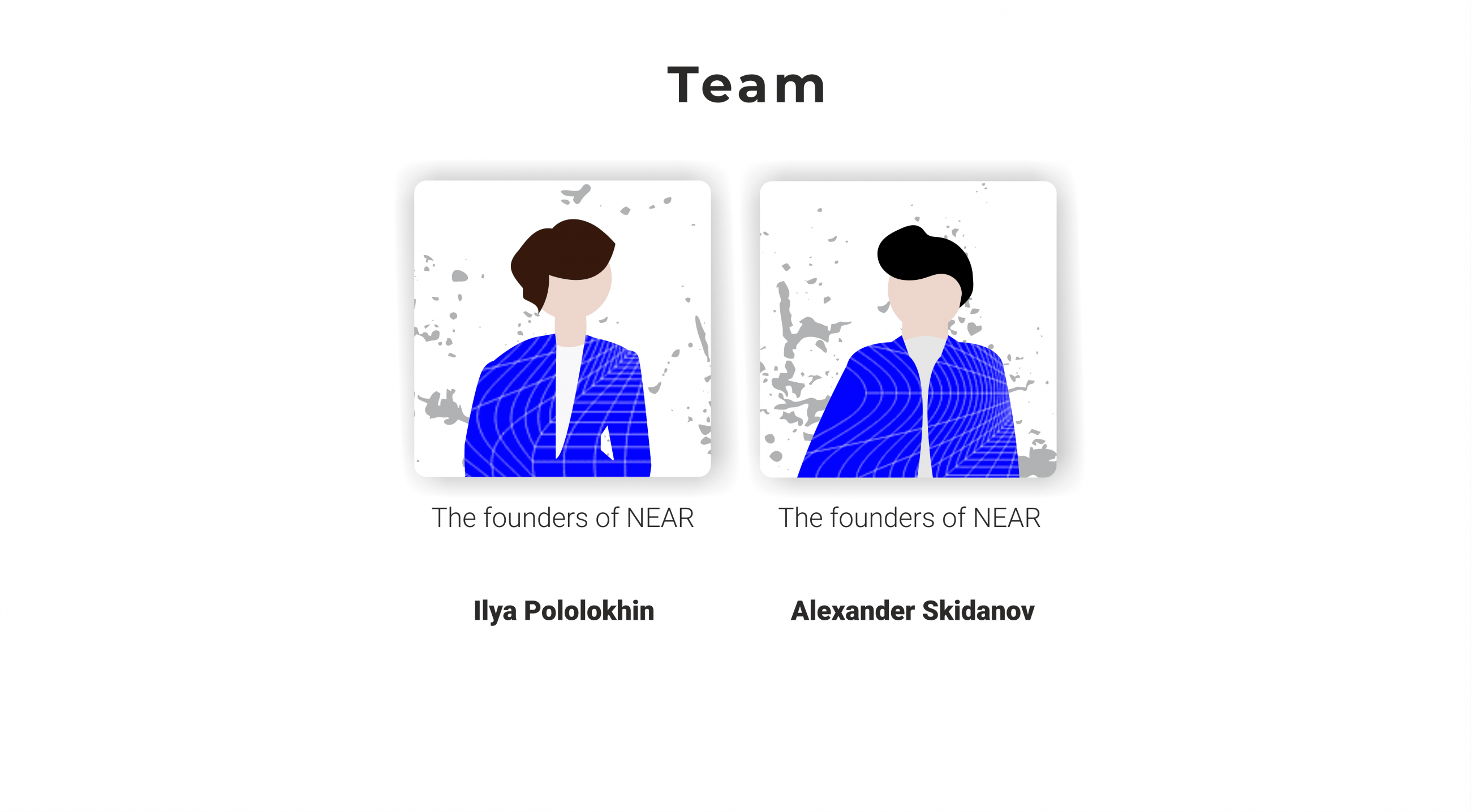 The technical part of the project was started in 2018, after the founders assembled a team of developers.

The use of NEAR 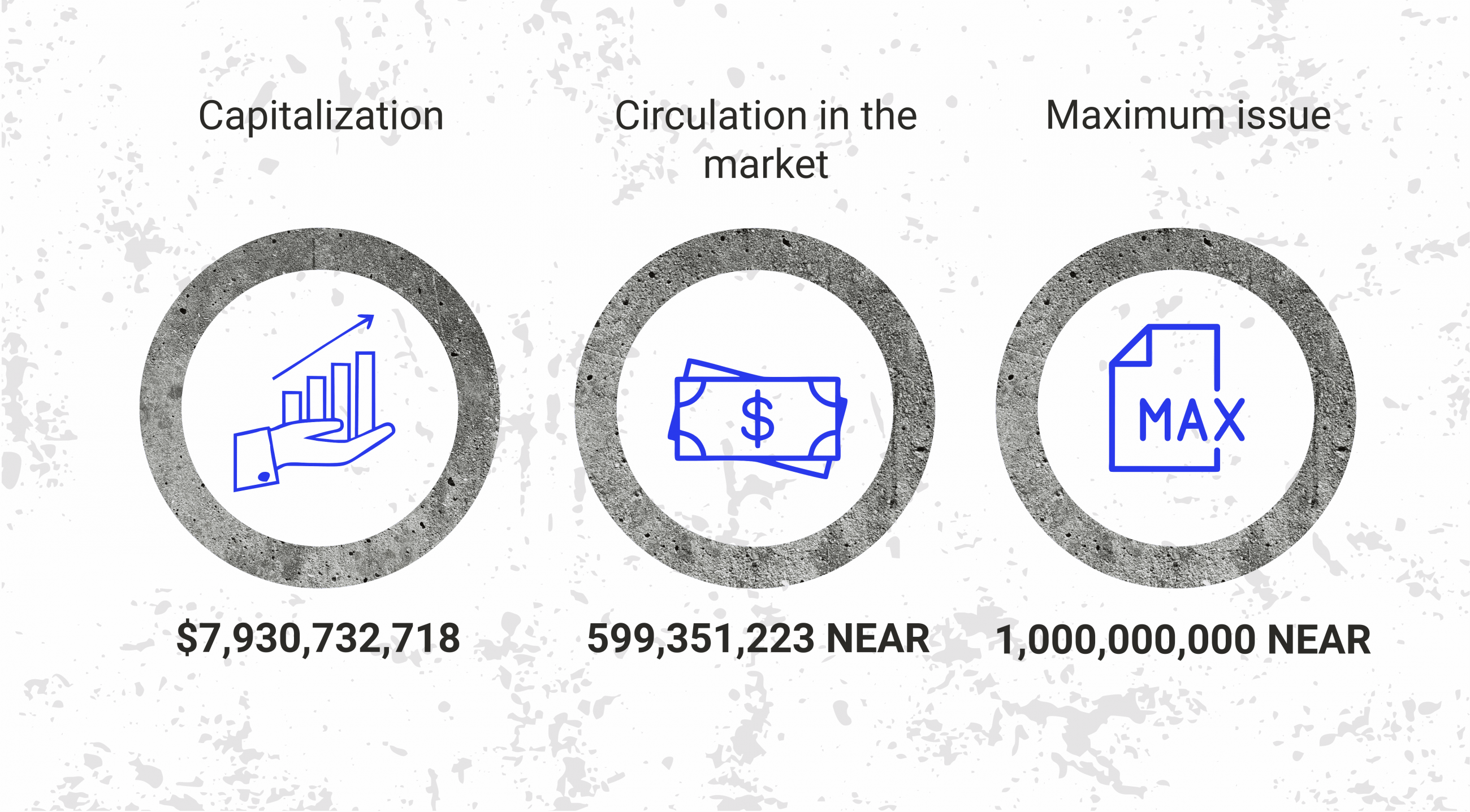 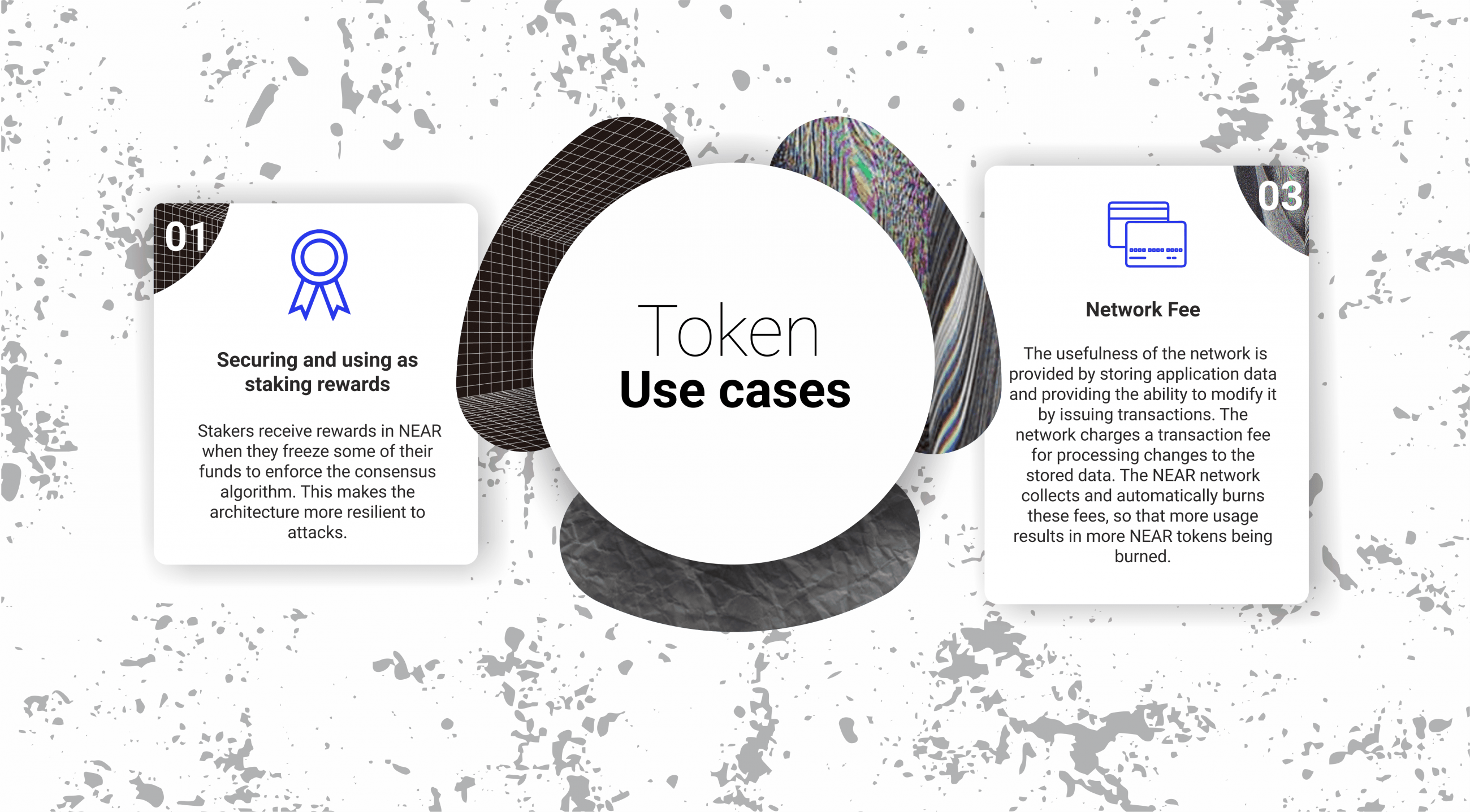 At launch, 1 billion NEAR were created in the ecosystem: they were distributed among individuals and partner organizations in April 2020.

Since its launch, the project has held annual fundraising events. The first round of sales took place early, back in the third quarter of 2017: the project was able to raise about $810,000 as a result of this funding round.

The third phase was the most successful and took place in the first quarter of 2019. The NEAR protocol offered about NEAR 70.66 million at $0.12 per token, raising $8,480,000. The less productive fourth stage that brought $375,000 was held almost immediately after the third, in the second quarter of 2019.

The NEAR Foundation held a public token sale in August 2020 that distributed a little over 120 million NEAR tokens. Investors were offered three options with different token values:

To date, the NEAR EIP-1159 has several drawbacks: 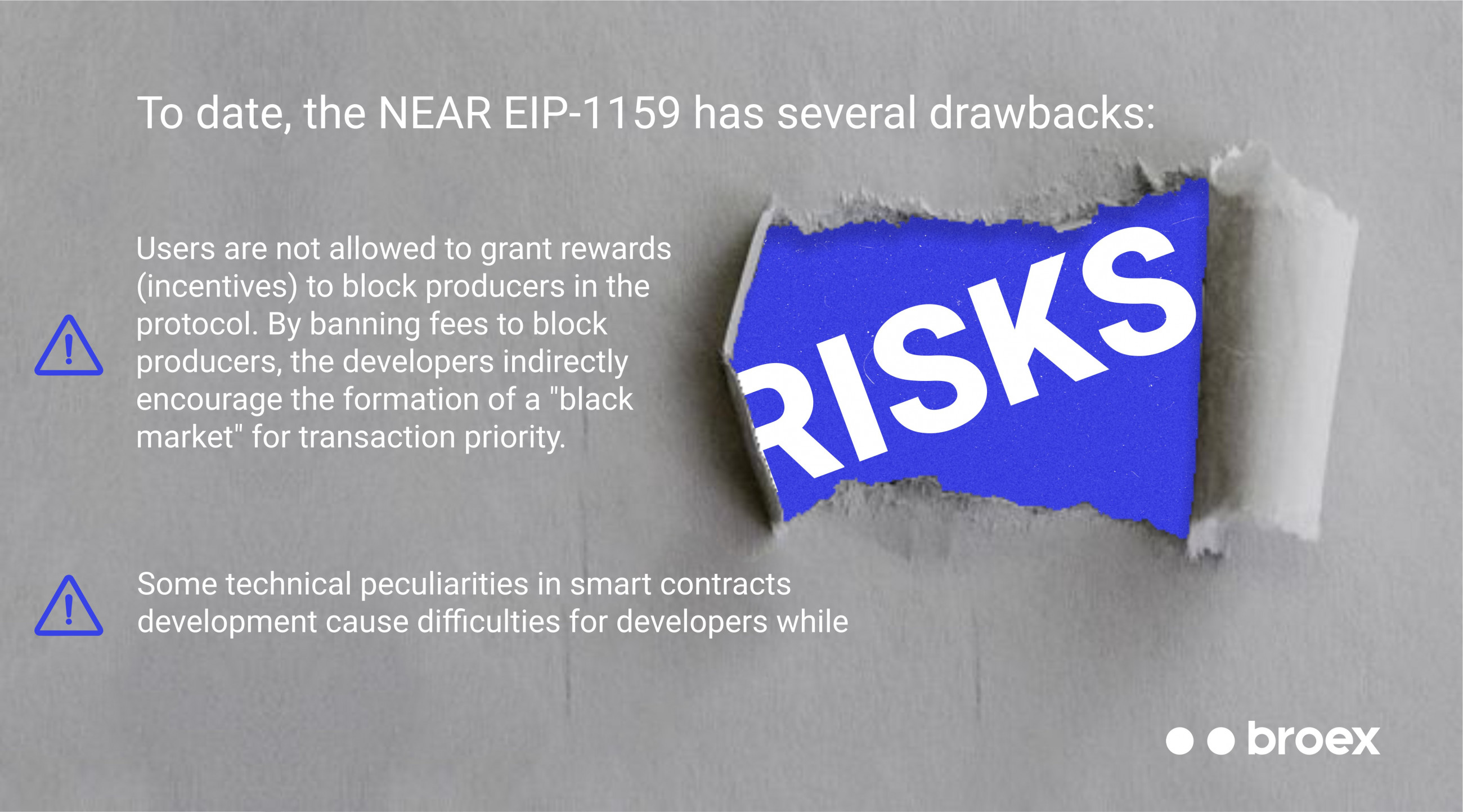 The project is the 26th in the overall CMC ranking and the 9th among smart contract platforms.

The NEAR protocol provides a cryptocurrency that connects validators, developers, users, and token holders into a single ecosystem. Each participant has a different goal:

The goal of the economical design of the project is to align these interests and drive the growth of the ecosystem.

Aurora is a product that helps Ethereum and dApps users easily migrate to the NEAR blockchain. The Ethereum Virtual Machine (EVM) on the NEAR Protocol blockchain provides developers with a turn-key solution to run their applications on an Ethereum-compatible, high-throughput, scalable and future-proof platform, with low transaction costs for their users. Aurora aims for full compatibility with Ethereum development tools.

According to conservative forecasts, the value of the coin may reach $25 in the next 5 years, i.e. grow about 100% of the current average price. 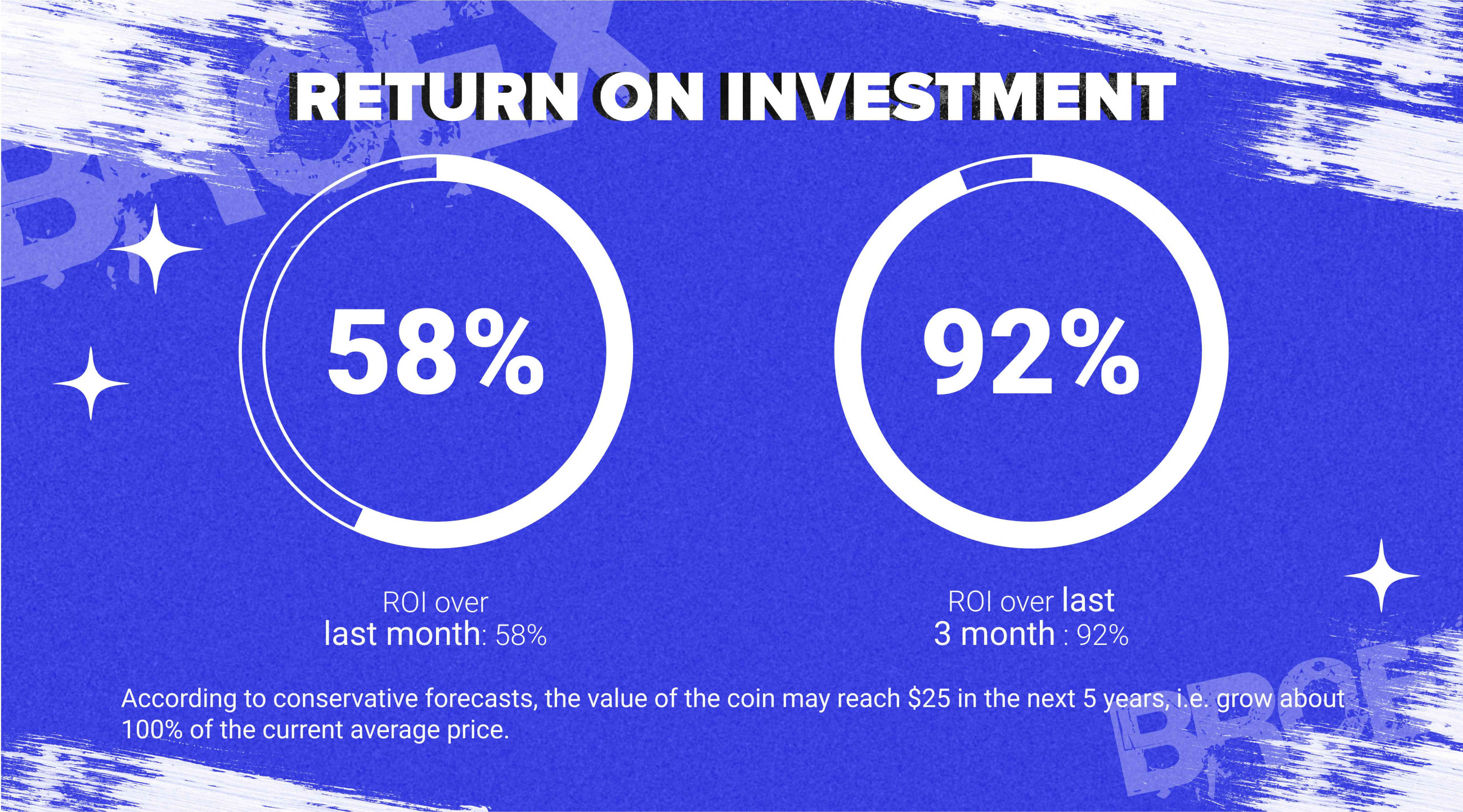 Currently, the coin is breaking through its tops, it is recommended to buy when approaching the zones of interest.