Polygon is a platform built to support Ethereum infrastructure development and scaling. Its core component is the modular, flexible Polygon SDK framework, which allows developers to create and connect second-tier ecosystems such as Plasma, Optimistic Rollups, or zkRollups.

Until early 2021, the project operated under the name Matic, which is still used to refer to it today. In February 2021 it was rebranded, as a result of which the architecture was assigned the name Polygon.

The developers of the project believe that Ethereum will not be able to offer an effective solution to the scaling problems on its own. For this reason, Polygon aims to take a central role in the further development of the blockchain.

Polygon uses the Proof-of-Stake (PoS) consensus mechanism. Users must bid with MATIC tokens to participate in the consensus process on the Matic Network.

The PoS chain goes beyond the standard sidechain and actually relies on and locks itself into Ethereum.

Polygon was founded as Matic Network in 2017. 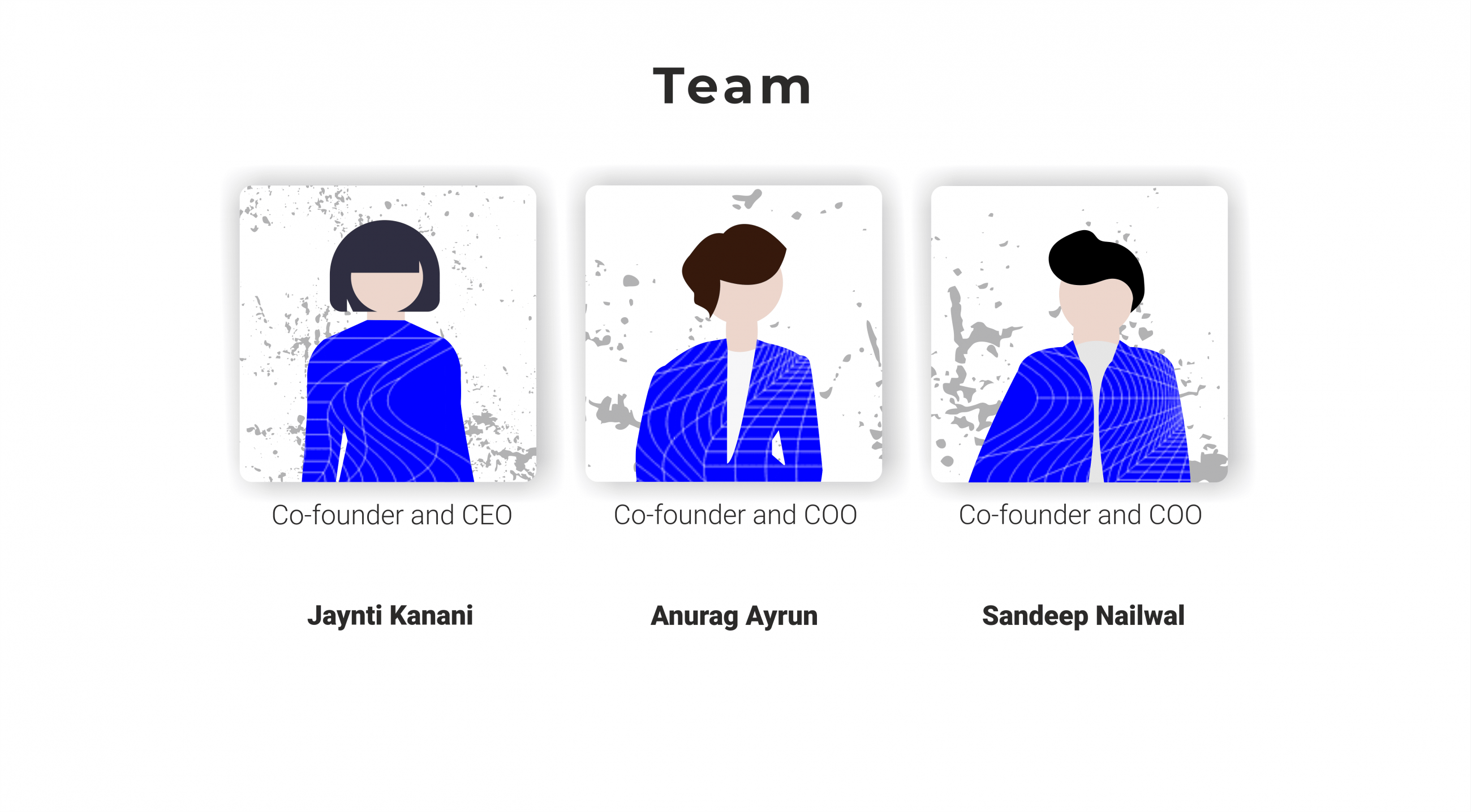 In addition to the above, the team includes Ryan Sean Adams, founder of Mythos Capital, Anthony Sassano of EthHub and Ethereum Foundation developer Hudson Jameson.

Polygon uses three types of multi-signatures, each for a different purpose. The first two require 5 out of 8 signers to participate. Subscribers are Polygon co-founders and members of authoritative Polygon/Ethereum projects:

MATIC is a native token of the Polygon project - MATIC. It has several use cases: 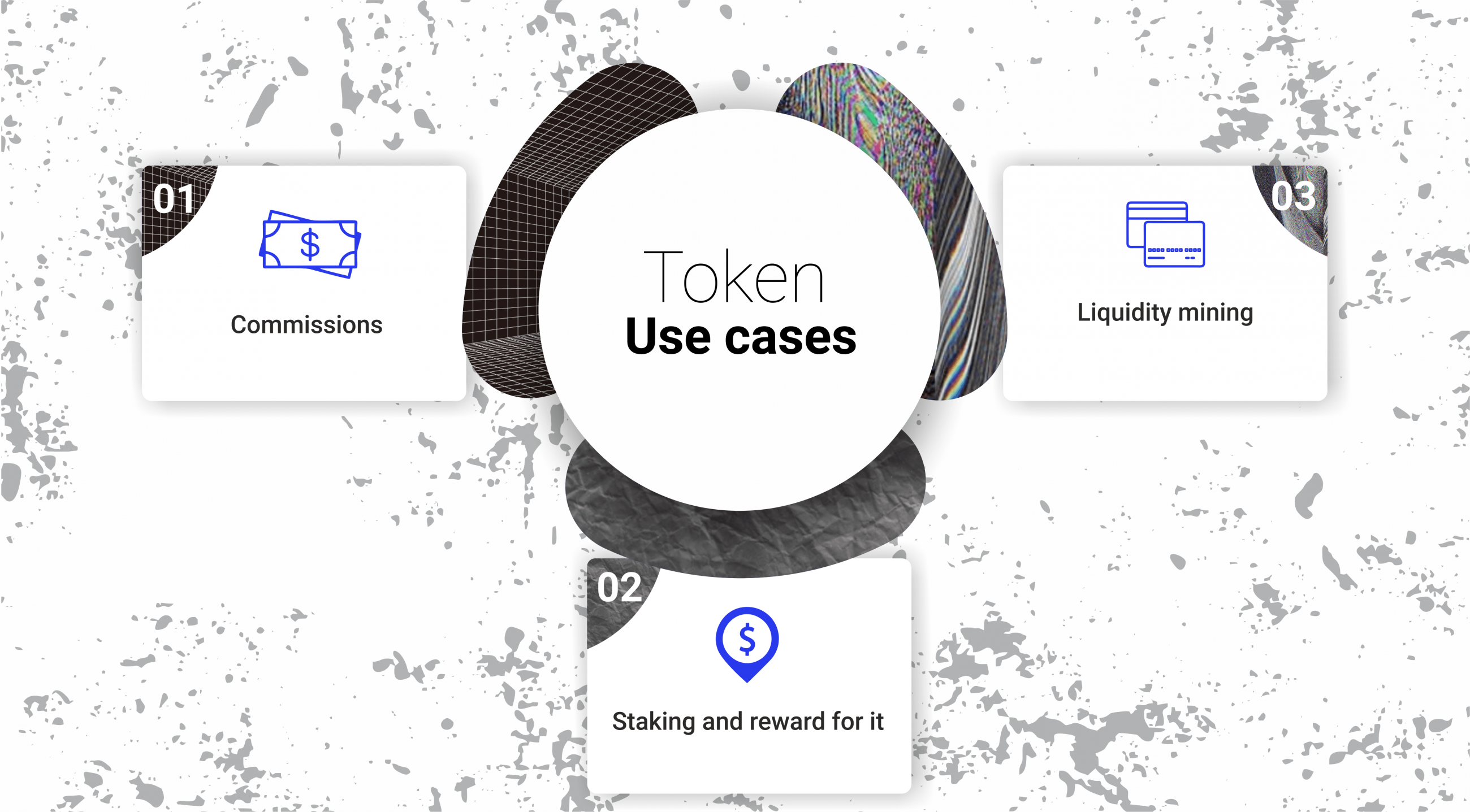 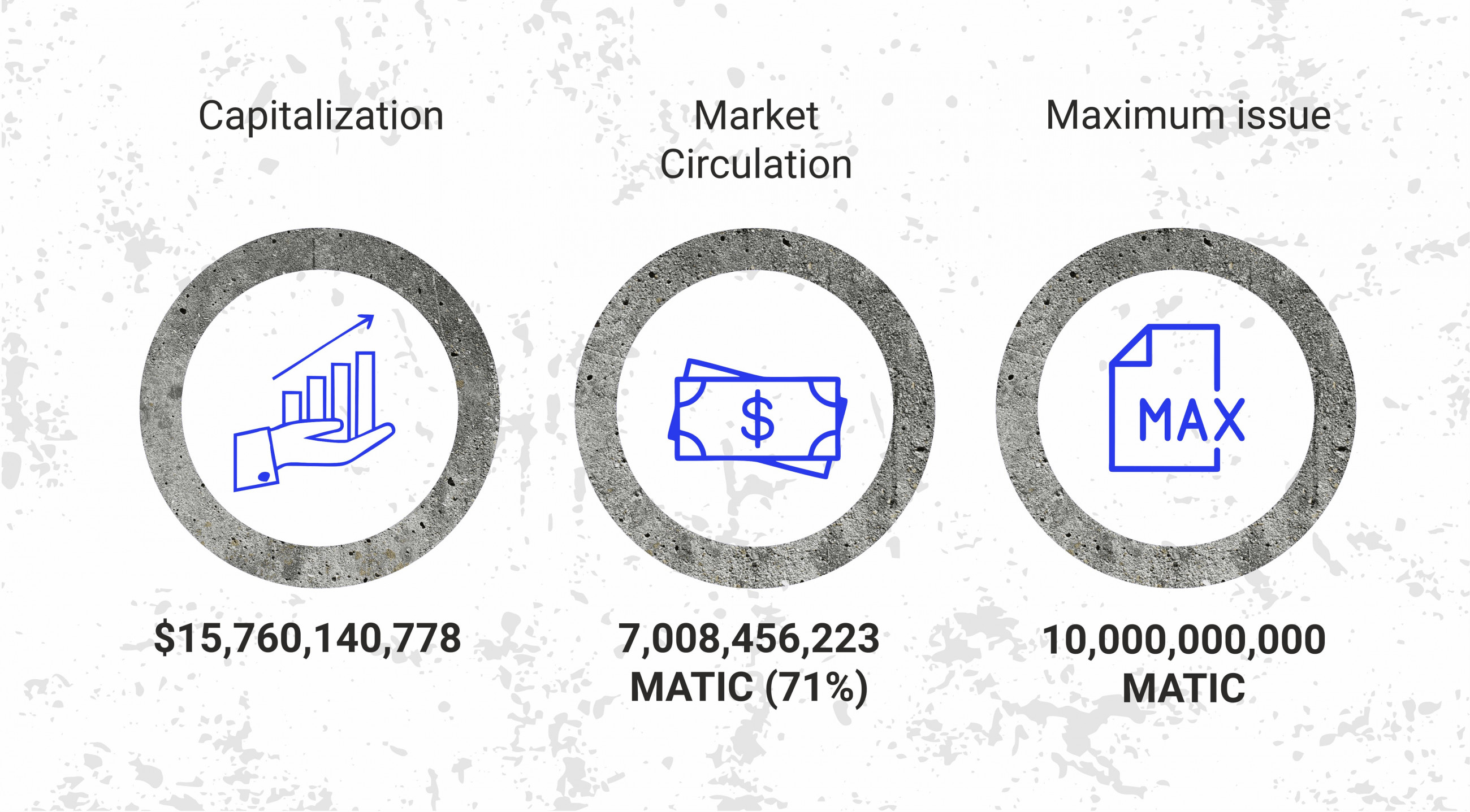 The project started in 2017: at the same time it received seed capital from Coinbase Ventures. Public sales of tokens to attract investment took place in the form of IEO only 2 years later - in 2019.

Distribution of the total volume of MATIC token offerings

The total volume of project tokens is distributed as follows: 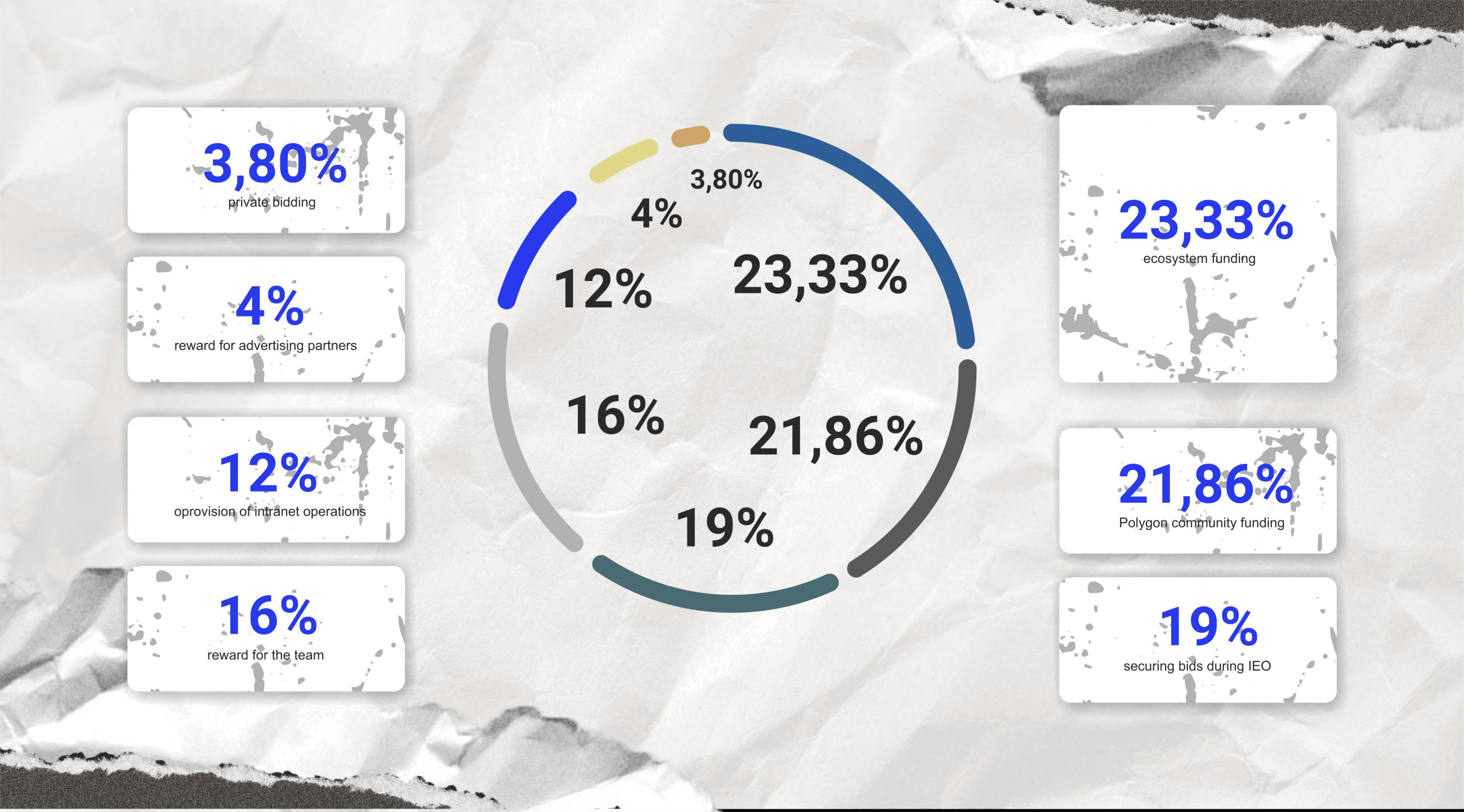 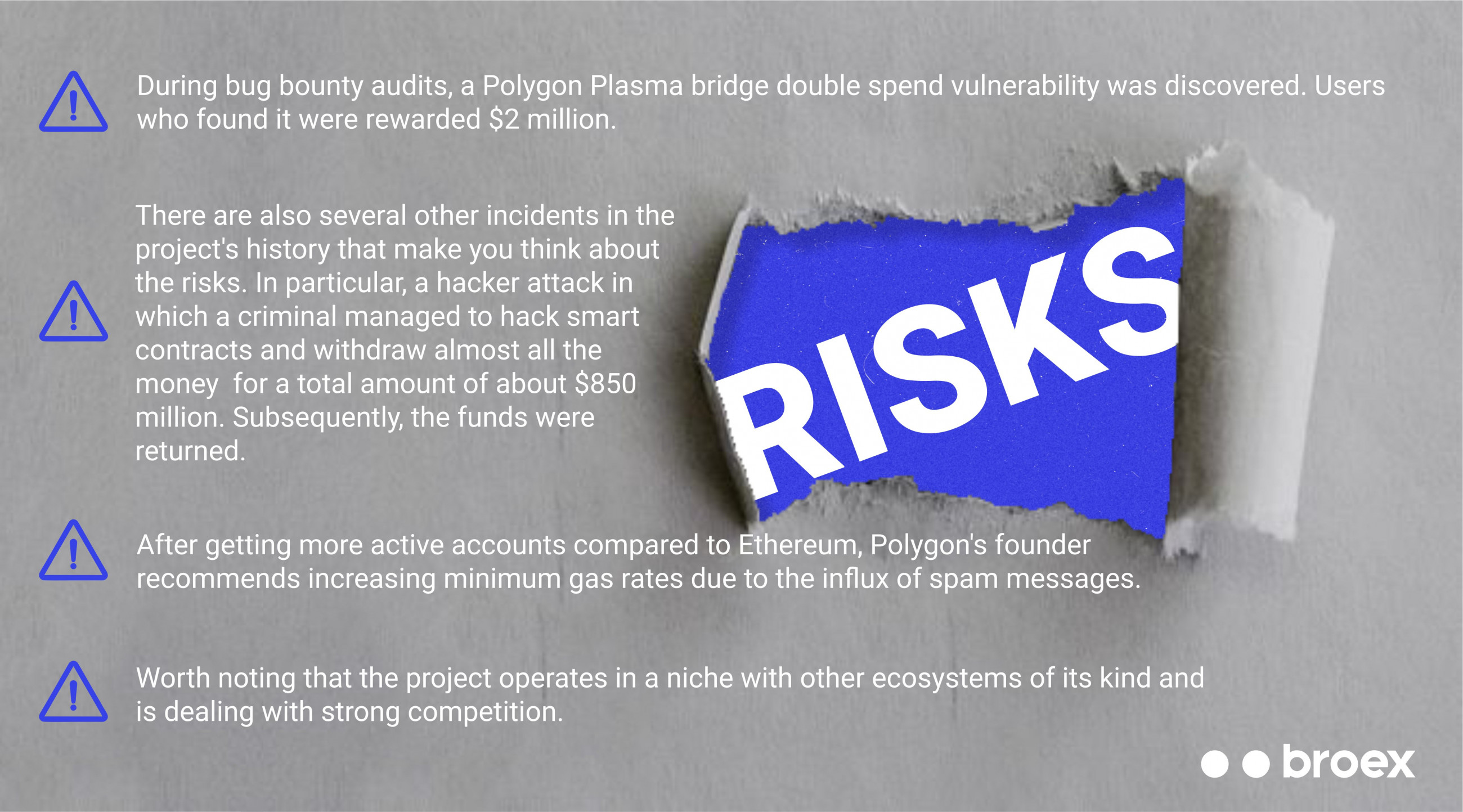 The project takes 14th place in the overall CMC ranking and 1st place among scalability solutions.

The Polygon project is showing significant growth in intranet transaction volume. There are only 400,000 unique addresses in the architecture today: compared to Ethereum and its 150 million or Binanse Smart Chain (over 60 million addresses) this is not that significant, but it's pretty good for a young ecosystem.

In addition, projects are being actively funded to expand the ecosystem built on Polygon

In February 2021, Polygon switched to building a framework to connect different versions of Ethereum scaling solutions. This second-layer technology is based on the so-called Polygon SDK: this network will serve as a modular, flexible framework for launching new chains based on any Ethereum scaling technology.

Unlike some other blockchains, Polygon has been designed to be compatible with the Ethereum virtual machine. This allows many leading DeFi projects to easily migrate their work from one architecture to another.

Sandeep Nailwal, COO of Matic, doesn't believe Ethereum 2.0 will nail the scalability challenge the way Matic has: "Ethereum 2.0 doesn't provide infinite scalability and won't be able to handle user growth to infinity. To be fair, even Vitalik Buterin himself considers Polygon as one of the main tools to scale his network." 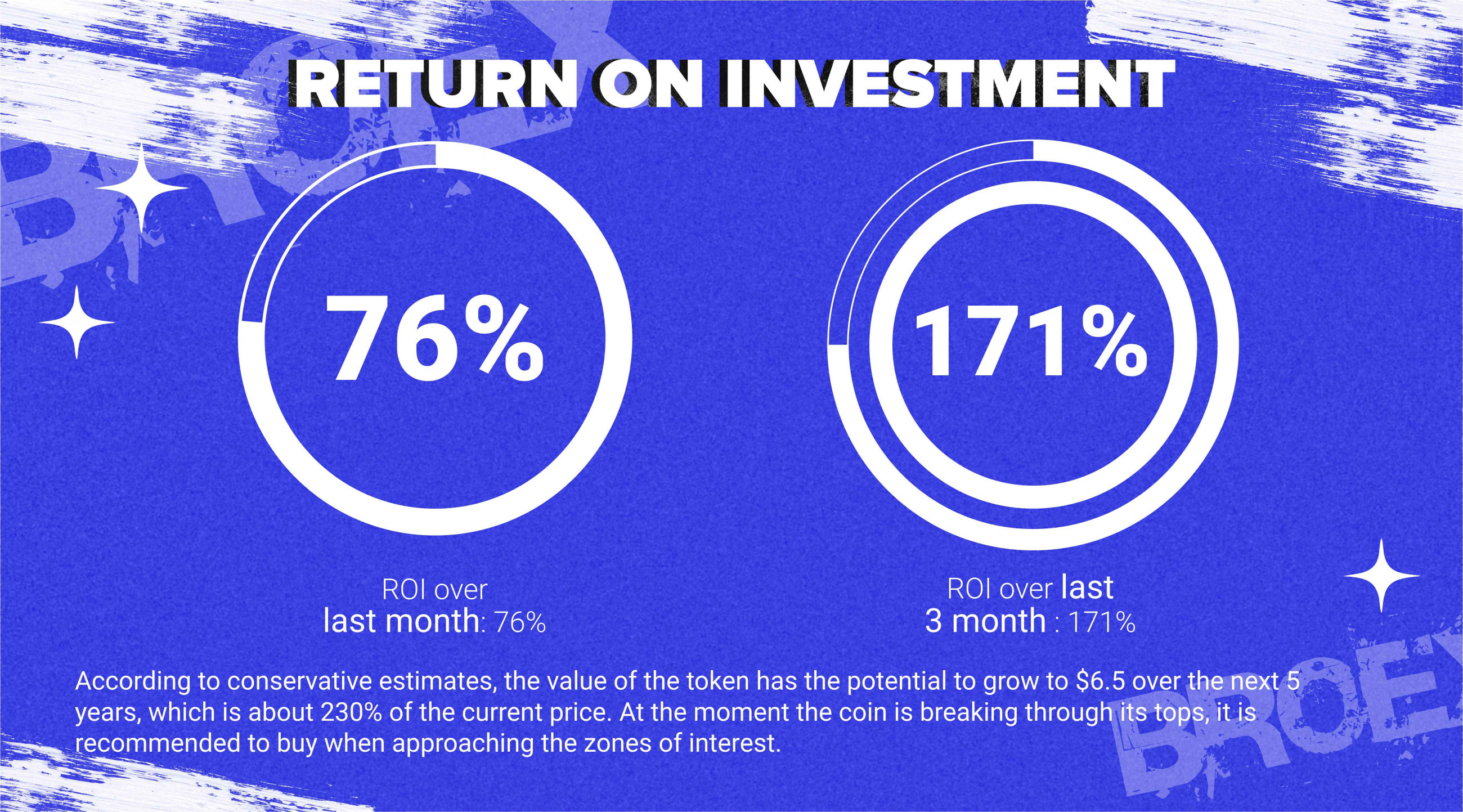 According to conservative estimates, the value of the token has the potential to grow to $6.5 over the next 5 years, which is about 230% of the current price. At the moment the coin is breaking through its tops, it is recommended to buy when approaching the zones of interest.