Terra is a decentralized blockchain project based on the Tendermint Delegated Proof-of-Stake protocol and Cosmos SDK. The developers created an architecture to launch new DApps related to coin creation, and LUNA Stablecoin is used as the underlying payment instrument.

In addition to launching a development architecture, Terra's goal is to create a payment system with no hidden fees, while being secure, fast, and easy to use.

The project was launched in 218 with the support of Terra Alliance, 15 major e-commerce companies in Asia that process more than $25 billion worth of transactions per year and provide services to 45 million users. 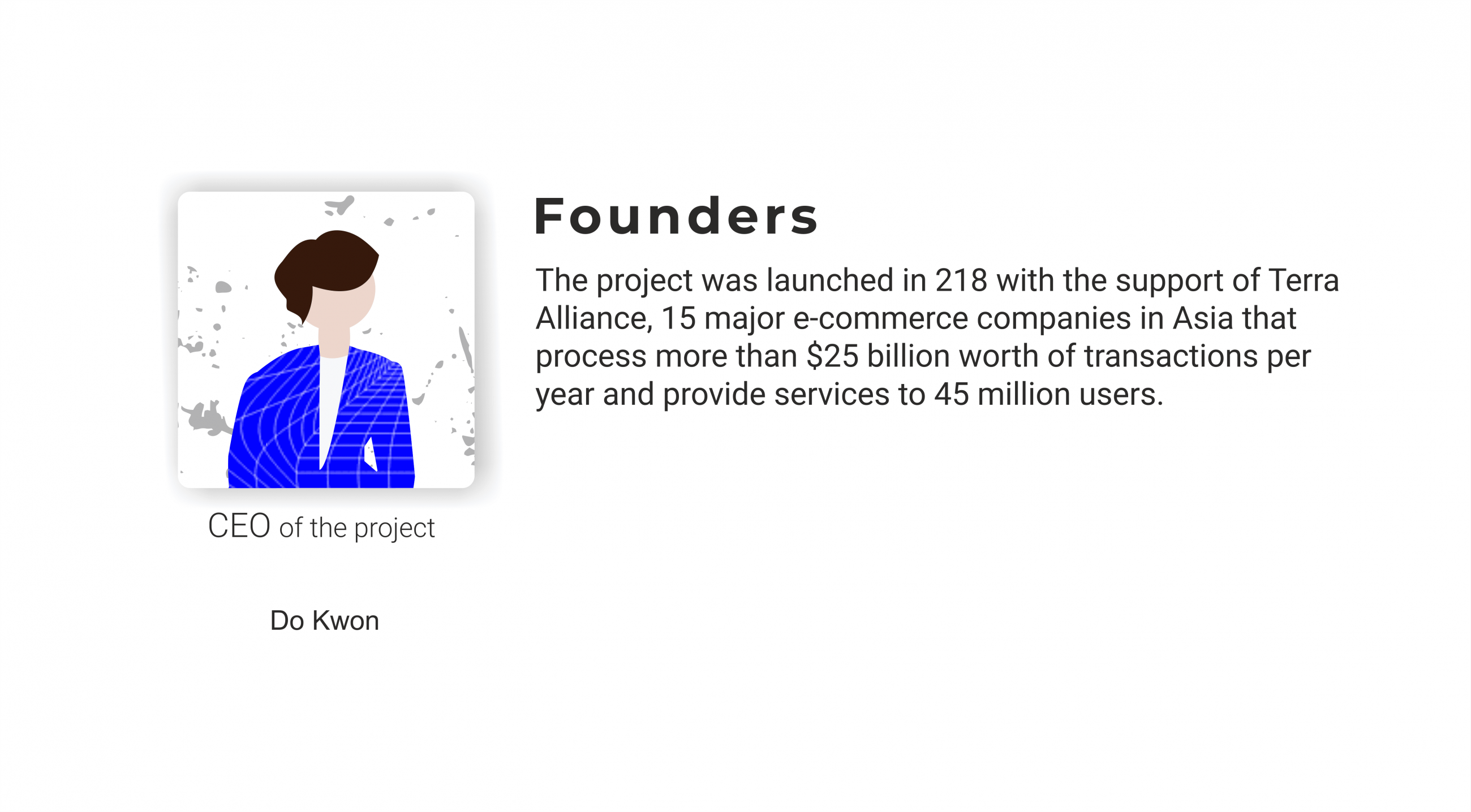 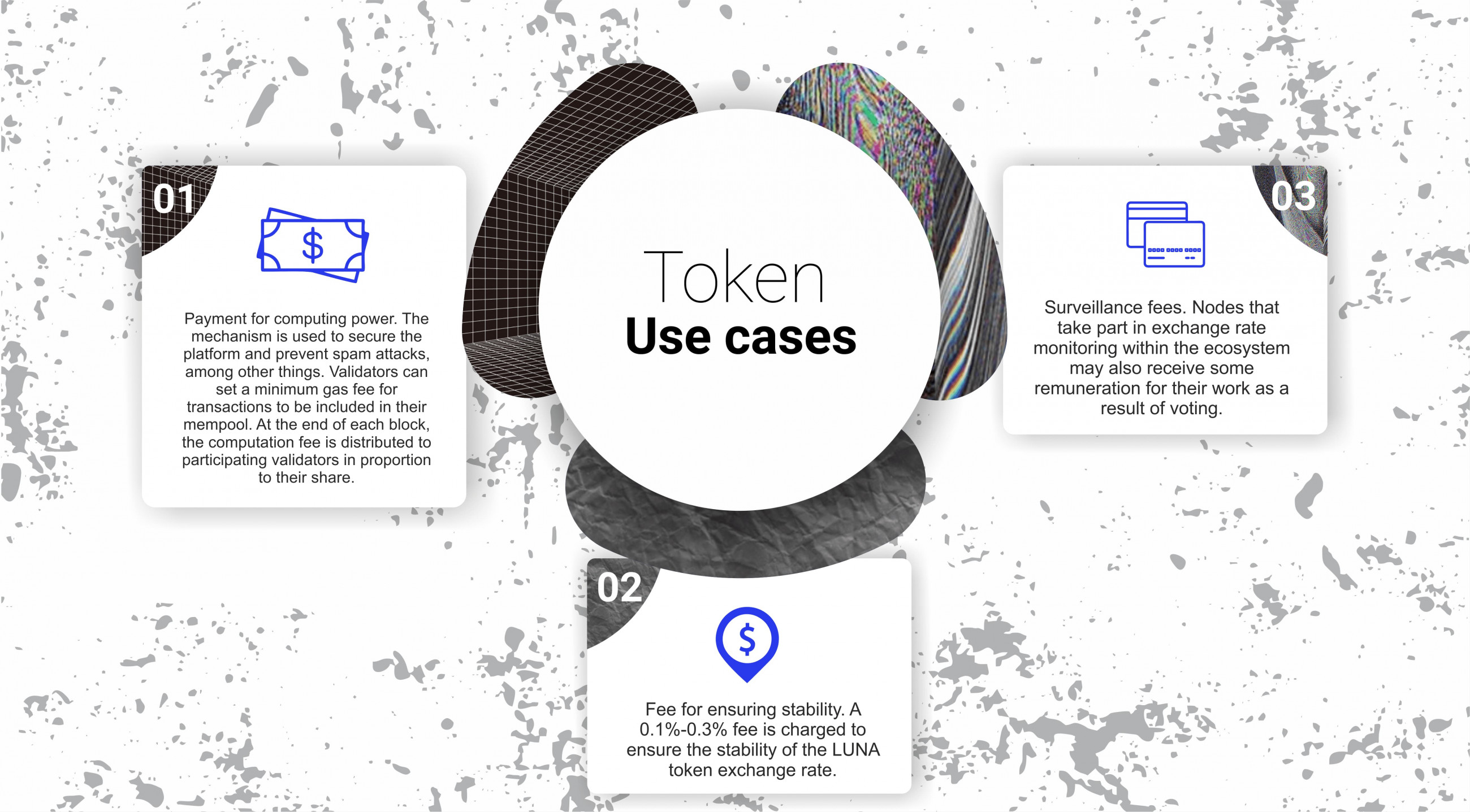 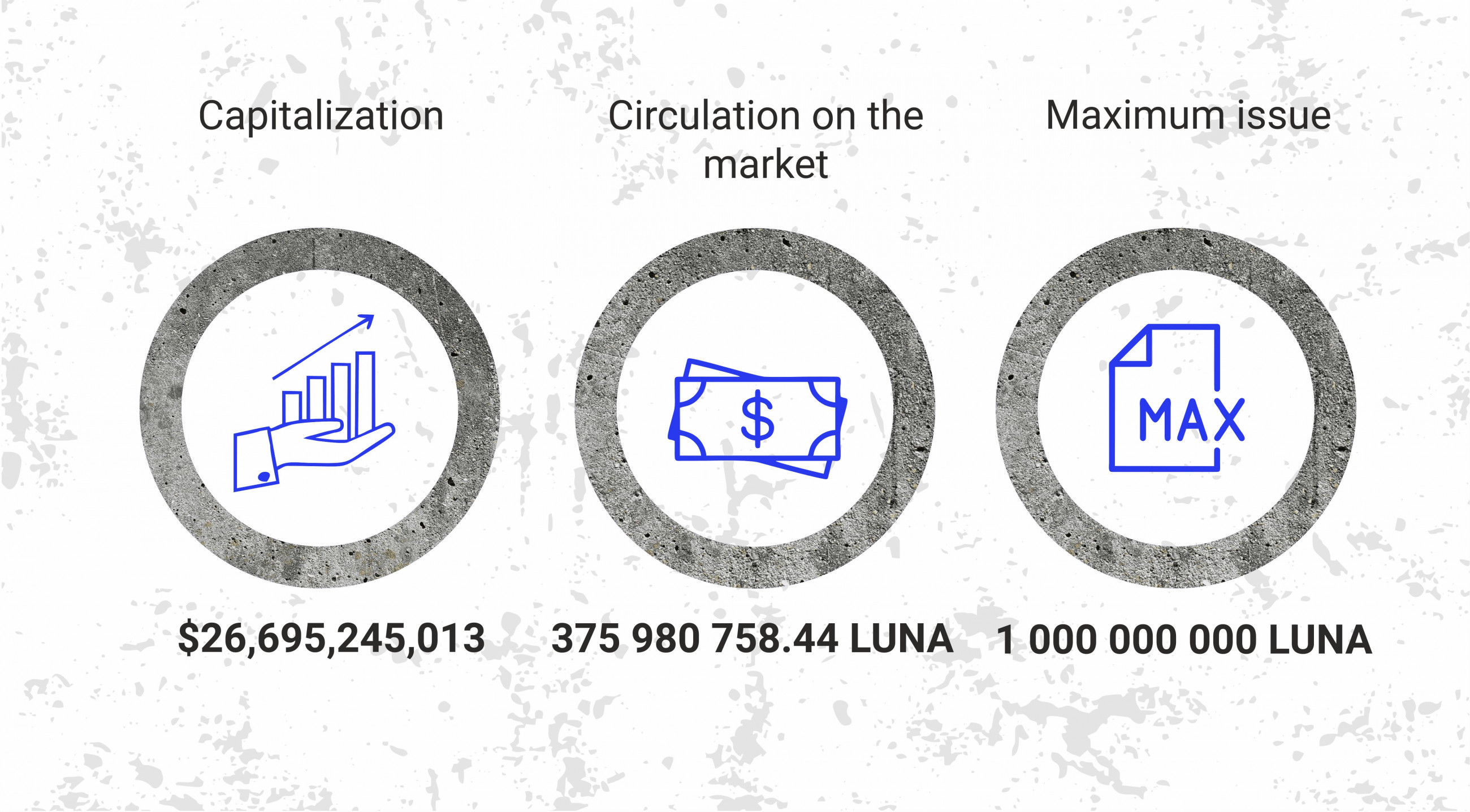 LUNA cryptocurrency facilitates the easier and more affordable creation of tokens tied to fiat currencies. The total coin issuance is 1 billion and the initial distribution is as follows: 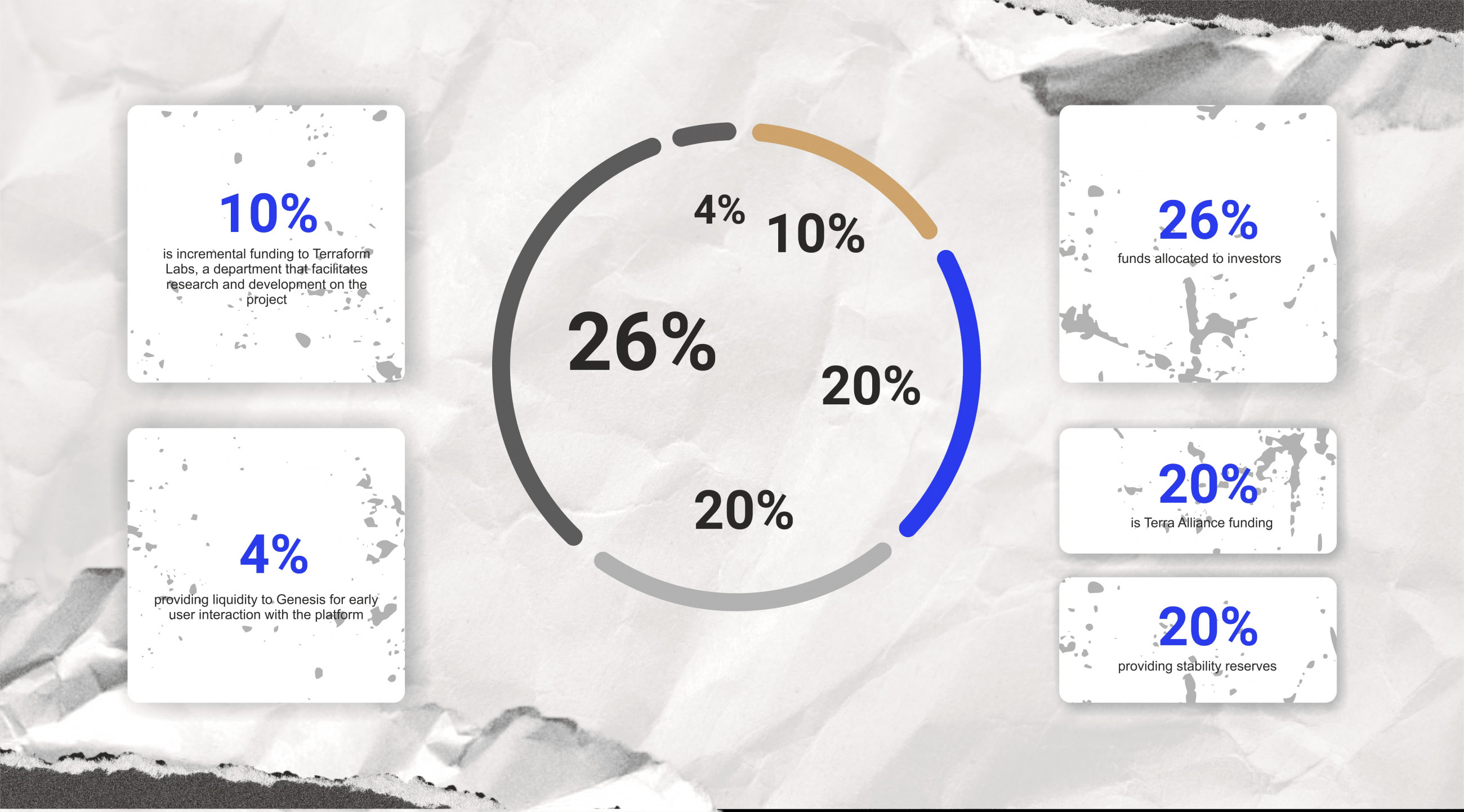 To fund the development of the Terra project, Terraform Labs held three stages of token sales in 2018:

During the closed financing round, the team managed to sell about 18 million tokens. 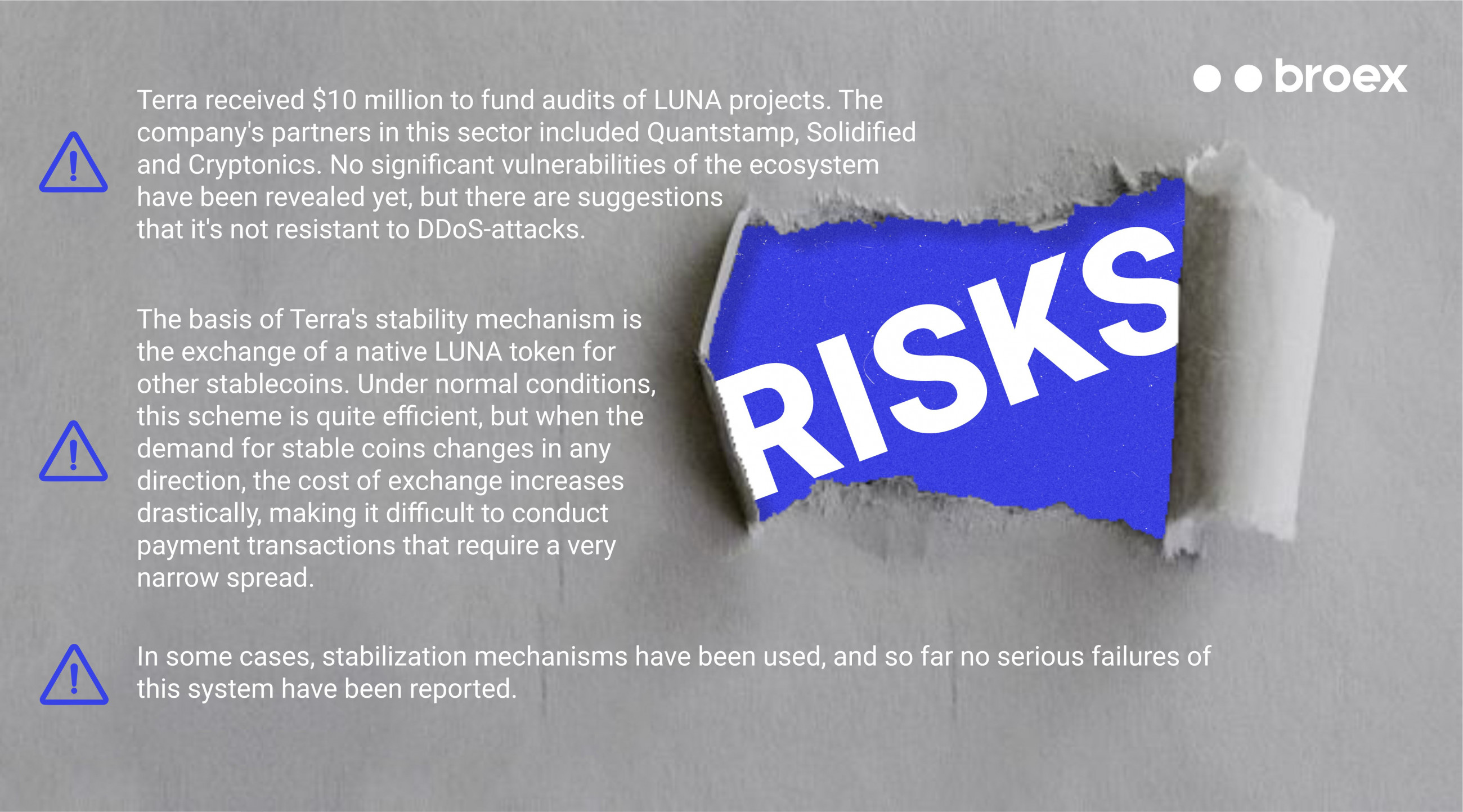 The project is the 9th overall CMC ranking and the 4th among smart contract platforms.

Integration with Secret Network enables deployment and interaction with contracts on a private network. Terra's blockchain is a frequently used blockchain today, largely provided by the Chai payment gateway. Numerous partnerships with e-commerce companies and the potential to use it to pay for goods and services have played a significant role as well.

The project developers have several integrations planned for 2022, as the Terra roadmap proves: including Cosmos, Solana, and Ethereum. The ecosystem is already supported by major companies like Binance, Huobi, and OKex.

Unlike Ethereum, where current DeFi apps parasitize on a single blockchain, the demand for Terra stablecoins directly adds value to the entire architecture. In this sense, the project's blockchain is similar to Ethereum with EIP-1559 already implemented.

Like any evolving ecosystem, Terra provides grants and helps developers implement products on their blockchain. The ecosystem fund of $150mn stimulates the development of promising projects at an early stage. 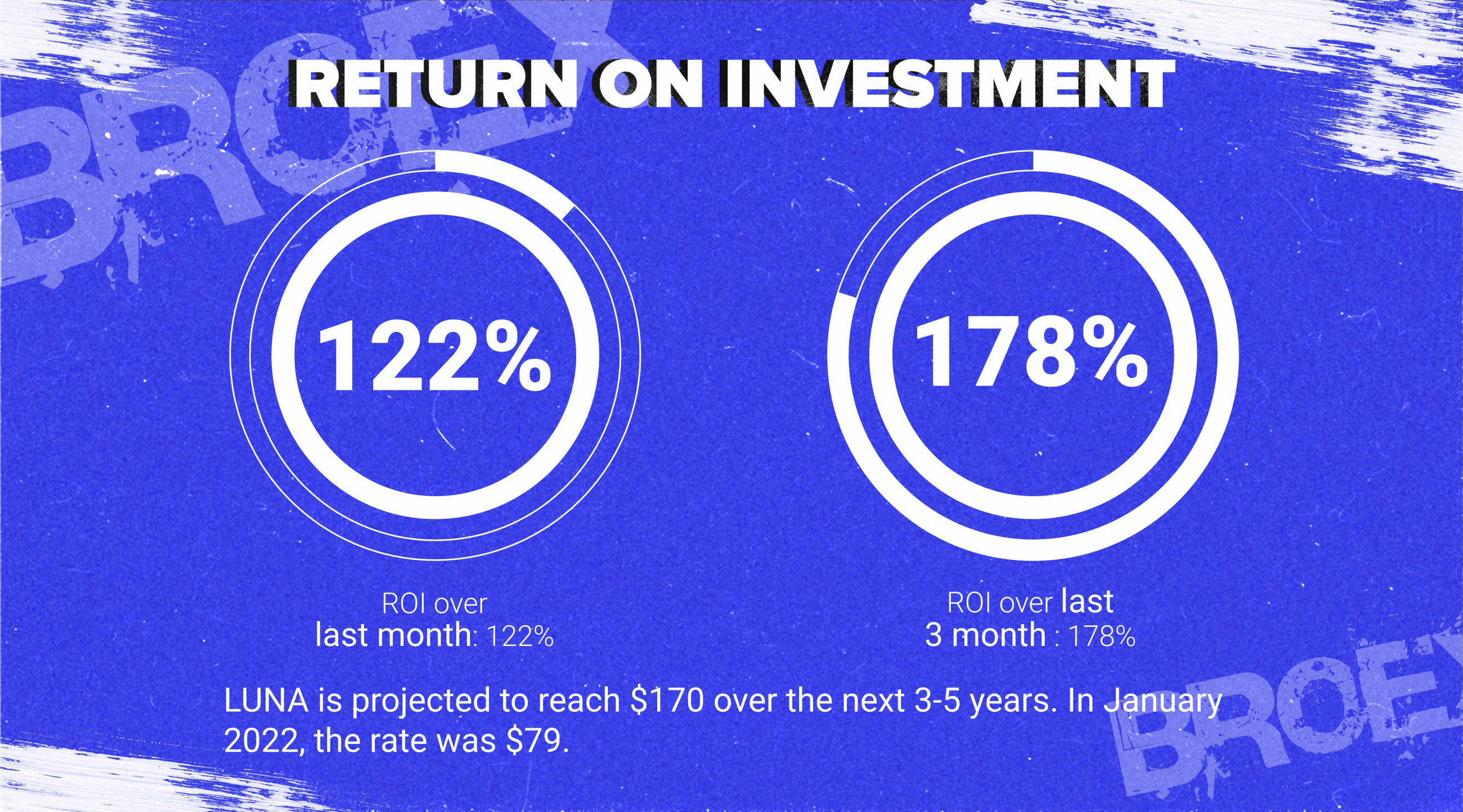 At the moment the price of the asset is breaking through its tops, and it's recommended to buy on pullbacks in areas of interest.