The Open Network is a third-generation decentralized network based on the Proof-of-Stake consensus algorithm, designed in 2018 by the Durov brothers, the founders of Telegram messenger. The project faced a number of difficulties during the implementation phase, and then was handed over to TON, an open community.

The project has several important technological advantages that allow it to surpass competing ecosystems. The TON blockchain has high throughput and can handle millions of transactions per second; its complex structure, which combines several chains, also deserves attention.

The main chain, called the master chain, contains general information about the TON protocol and current values of its parameters, data about network validators, data about active blockchains and shards, as well as records of the last blocks of all chains.

Apart from processing millions of transactions per second, the TON blockchain-based ecosystem has the potential to become the backbone of Web3.0 with decentralized storage, anonymous networking, DNS, instant payments, and various decentralized services.

The ecosystem can scale to support more than 200 subnets with completely different rules, address and transaction formats, virtual machines, smart contracts, and cryptocurrencies. Each chain can also scale to 260 shards according to the specifics of the parent network.

To work consistently, all that is needed is to meet the basic interoperability criteria set by TON - from this point of view, the project's blockchain is somewhat similar to the newer Polkadot project.

To systematize and structure the ecosystem, similar blockchains form a shard chain. Changes to the network are made from the top down: first an entire blockchain is developed, then it is split into several interacting shard chains, allowing for better performance and scalability. 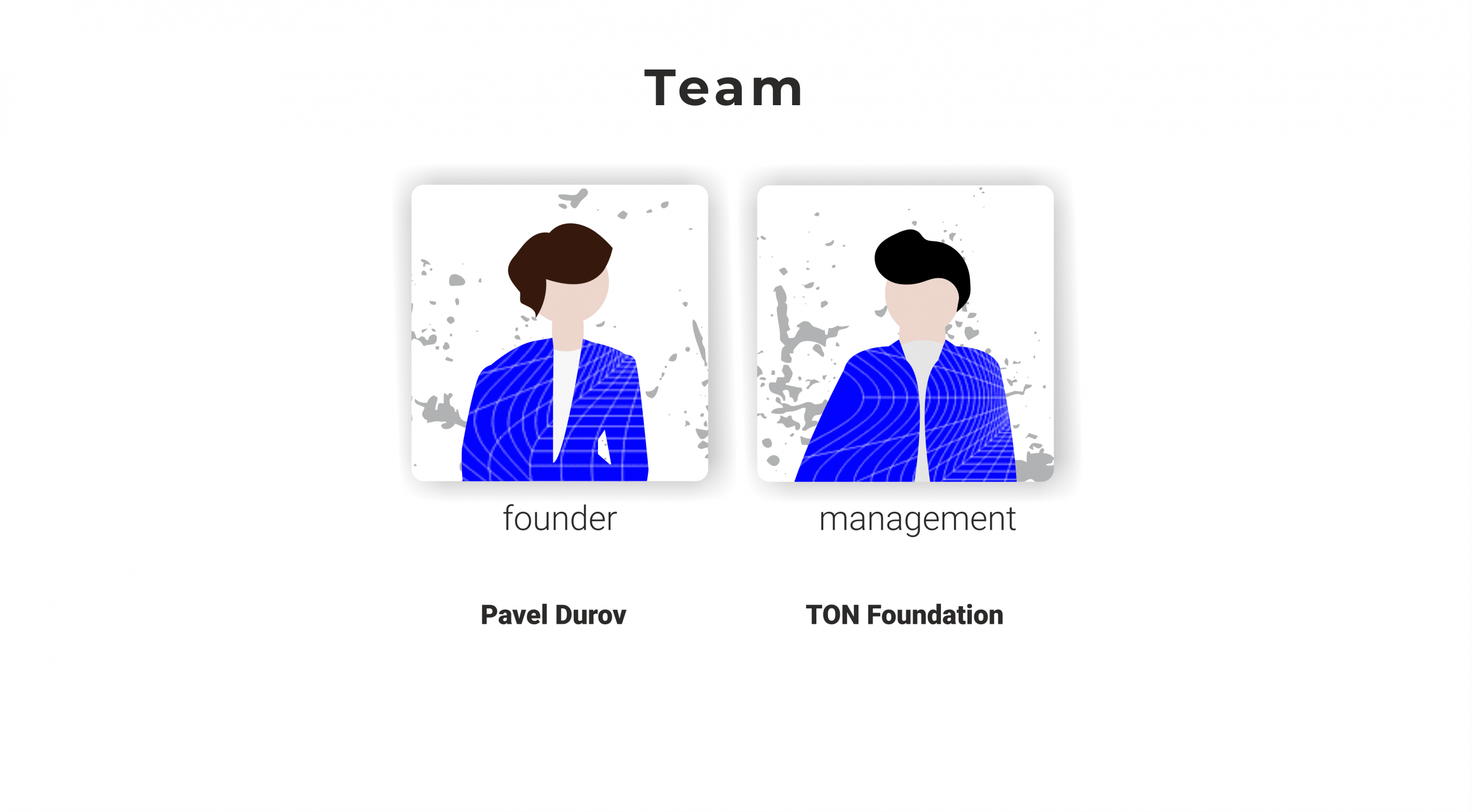 Pavel Durov developed and promoted the project in its early years. He ran a successful private round of fundraising and made TON one of the most talked-about blockchains.

Subsequently, due to non-compliance with regulatory requirements and difficulties in implementing the project in the U.S. jurisdiction, Telegram withdrew from the project, but its development was not over. The community of developers continued to improve the open-source network.

Today, the project is being developed by the non-profit open source community known as TON Foundation. The development team includes more than 40 independent experts from different countries, and the financial basis of TON is made up of donations.

All decisions about the fate of the platform are also made by the community. Modifications of the network are only possible if approved by the majority of validators via PoS - it's impossible to implement them bypassing the vote. 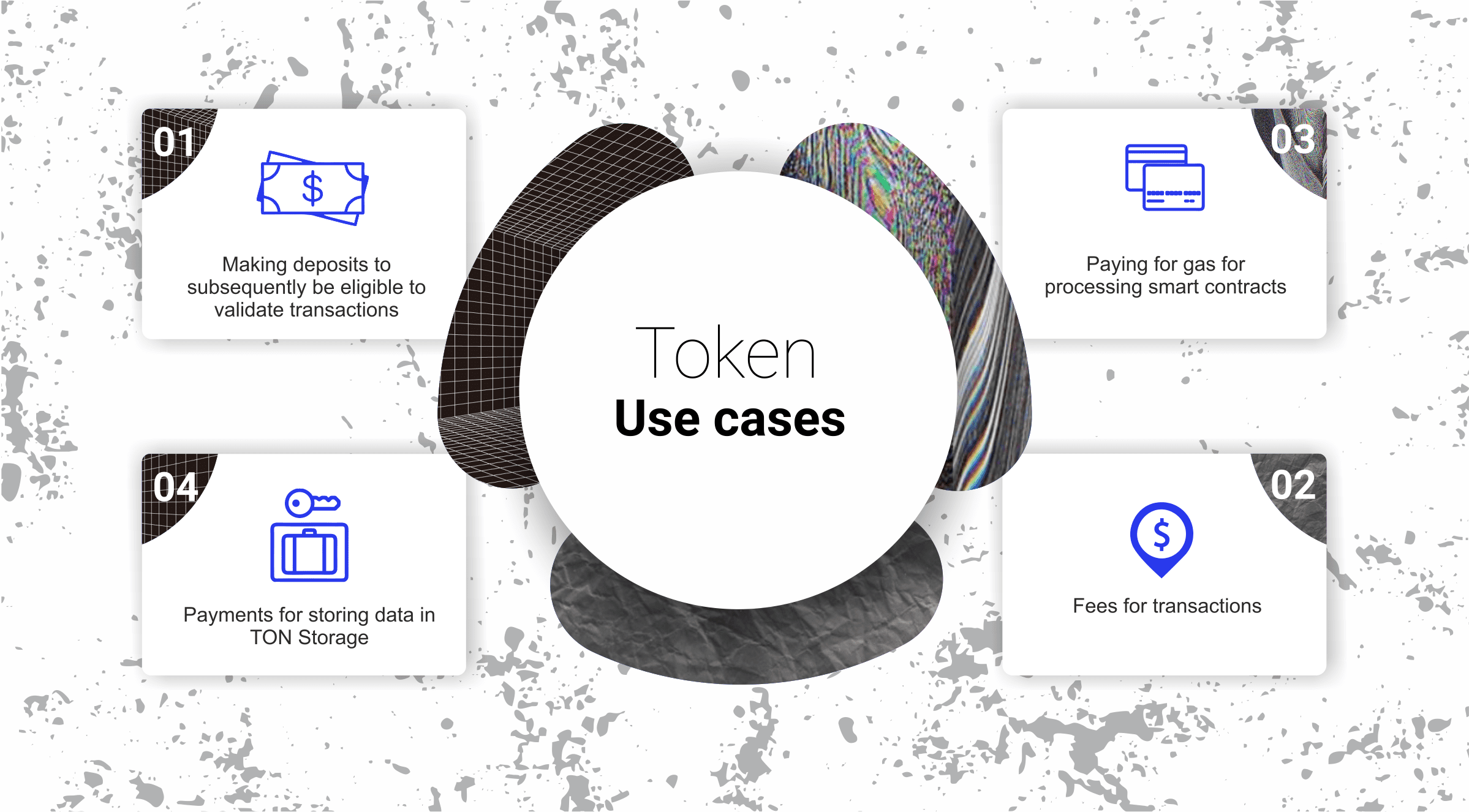 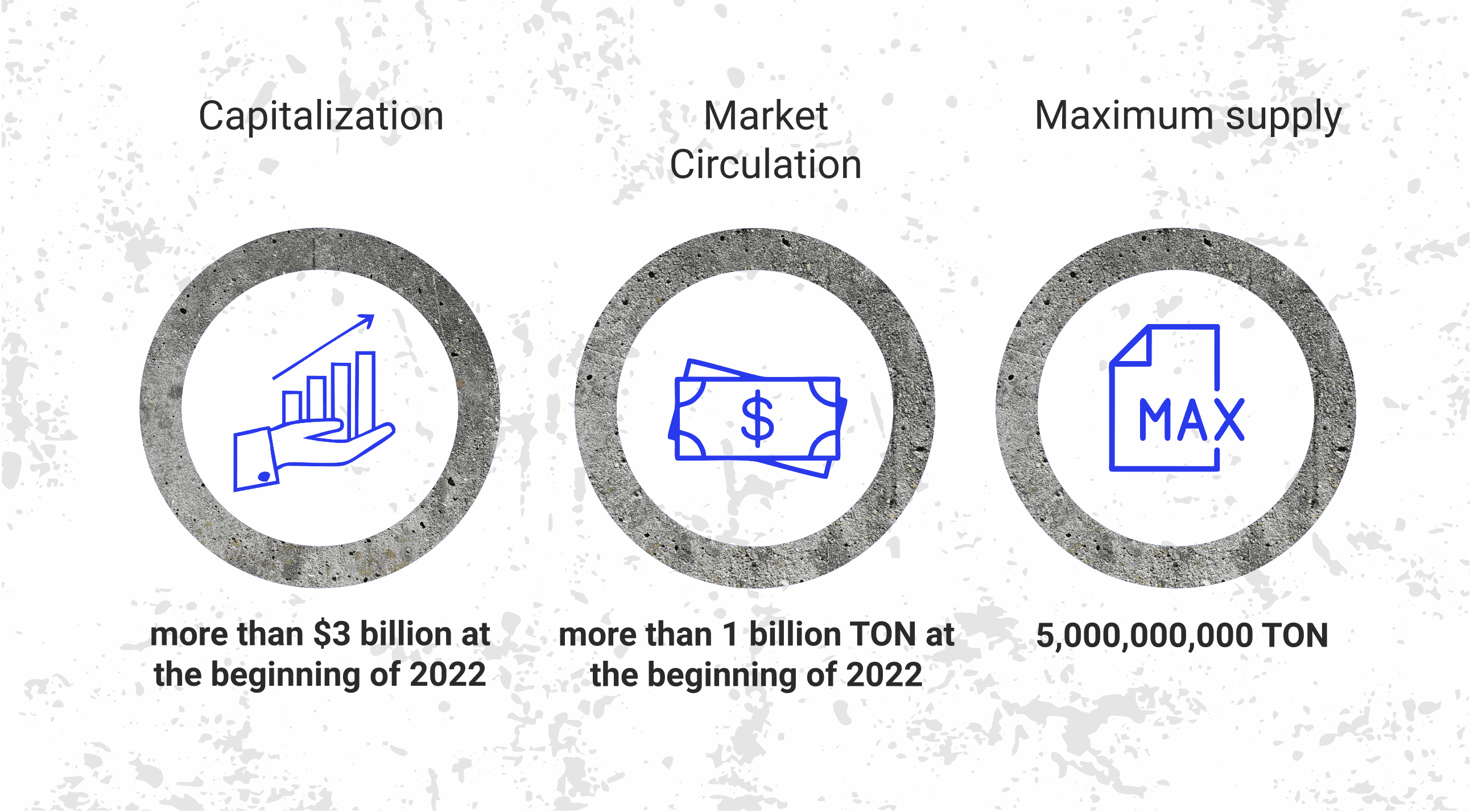 The first phase of the project's development was a testnet, which was later replaced by Мainnet. Total supply of the network is limited to 5 billion of TON: only 1.45% of that was distributed to developers and testers.

After a conflict with U.S. regulators and a court prohibition of GRAM, the Telegram team gave up TON development with the most part of the testnet tokens (more than 98%) transferred to the Proof-of-Work Giver smart contracts. So far, coins can only be mined through calling these smart contracts which requires a solid computation capacity.

By the time of the transition from the testnet to the mainnet, the coins were already organically distributed between a large number of different users. The price was determined by the cost of the mining hardware.

In this respect, TONCoin is somewhat similar to Bitcoin at the beginning of its development. The distribution took place without launching an ICO and without AirDrop, while PoW Giver holders, validators and the TON fund got their share.

The annual inflation derived from TON fundamentals is 0.6%. This inflation represents a fee from all community members to the validators for keeping the system running. 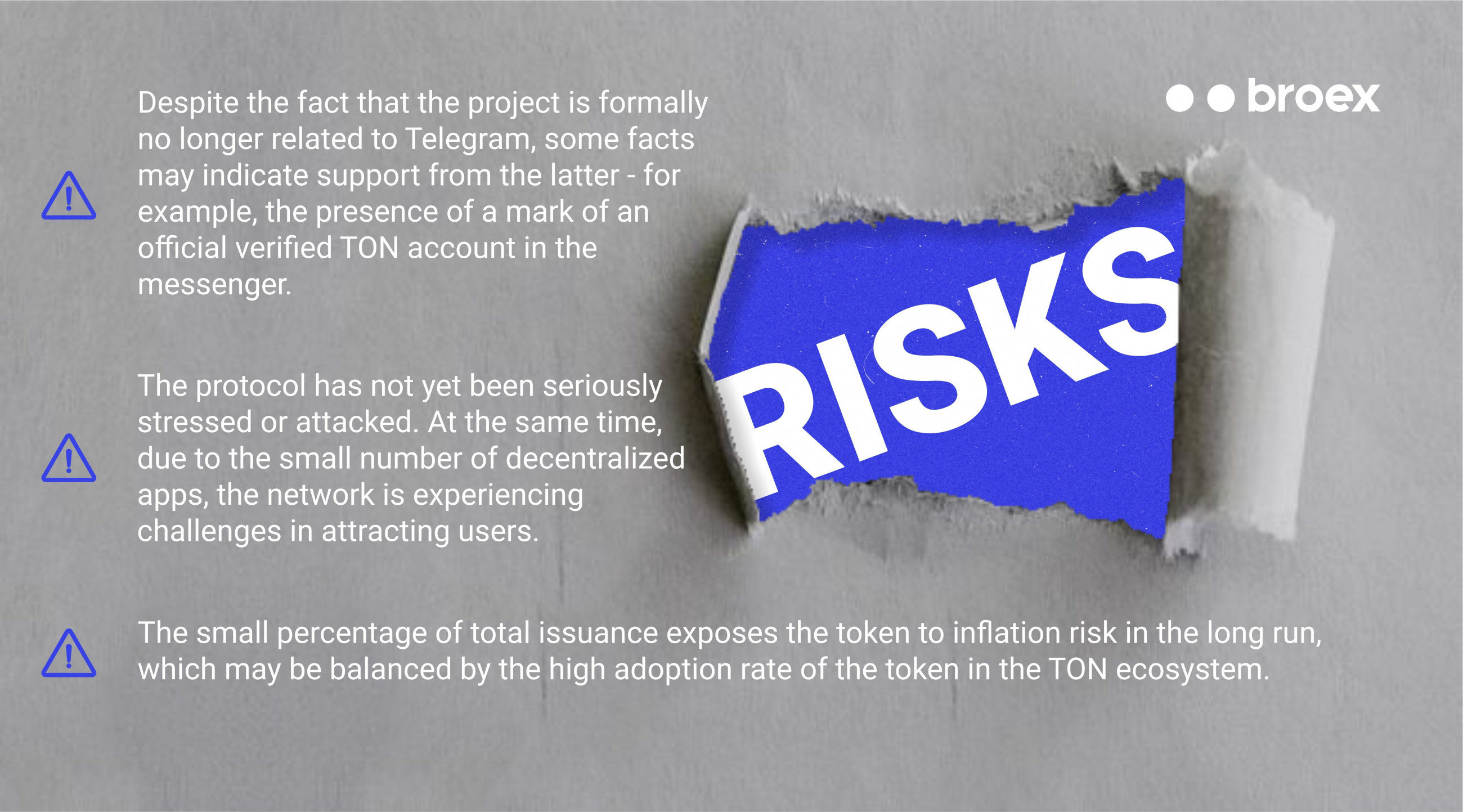 The project is ranked #201 in the overall CMC rankings.

Looking forward, TON has a chance to become a next-generation network that will make both the blockchain and the decentralized Internet unified. Web3 is one of the most global IT trends of 2021, which will only grow in popularity in 2022 and beyond. The market needs solutions that are sufficiently efficient, versatile, and affordable.

As additional features, services and decentralized apps appear in the TON network, the demand for the coin ecosystem will also naturally increase. The outlook for the popularization of the ecosystem as a whole is rather favourable.

A conservative estimate is that the price of the coin could reach $7 over the next 3 years, which is ±300% of the current price of $2.73. 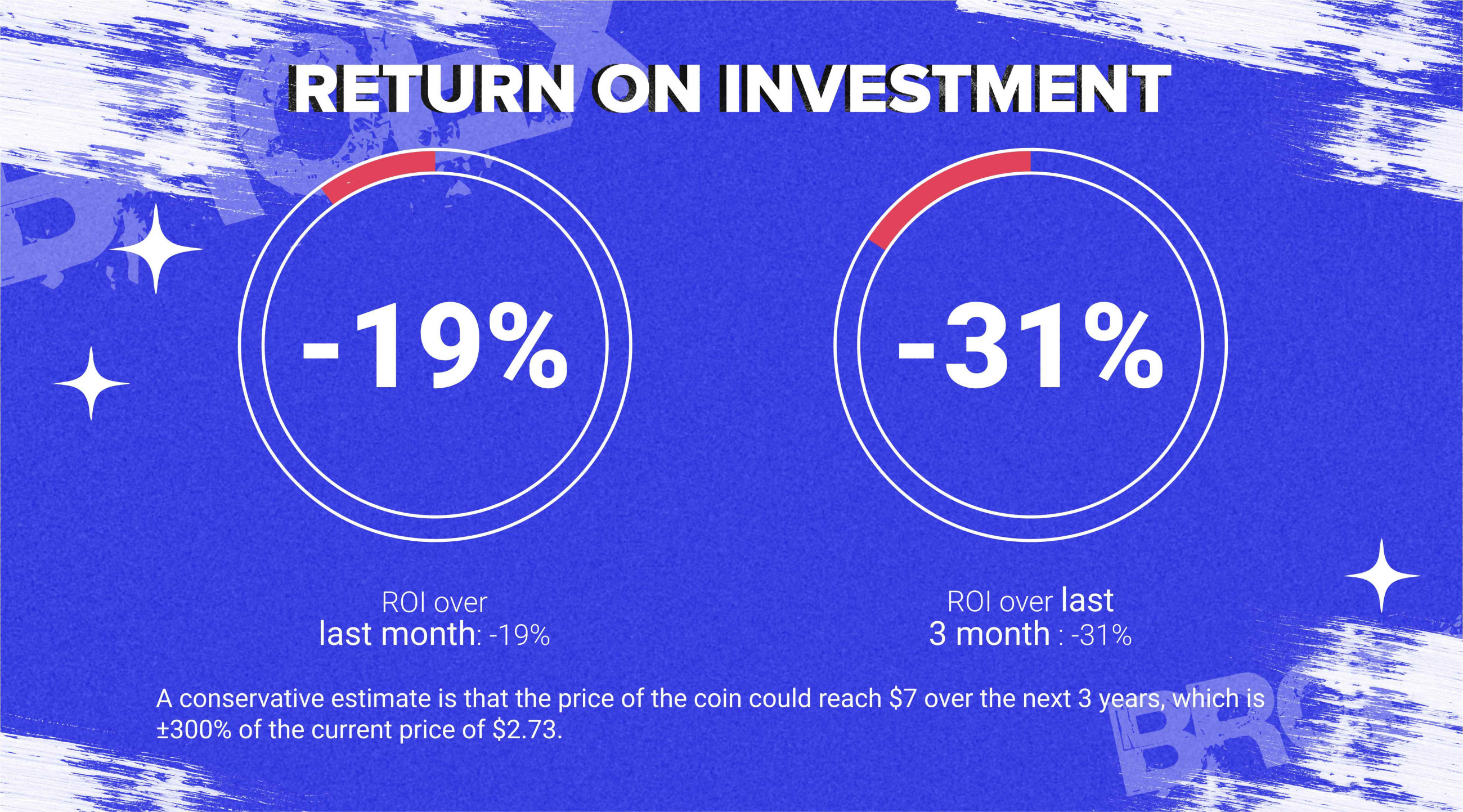