When exchanging, you may have noticed the option of choosing a network for a transaction. They are as follows:

Do not confuse them with standards - the rules for the functioning of tokens created on a particular blockchain. Sending a token to the wrong network threatens irreversible loss of money, so the user should be especially careful.

In simple terms, a network is a digital space where transactions are carried out. The choice of network depends on the format of the address, the recipient's network and the sender's network, but since addresses of the standards can be similar to each other, confusion often arises.

A public address is a storage identification key consisting of a combination of characters and carrying information about the recipient (sender), the blockchain and other details.

The same token can function on different networks.

As mentioned above, the sender's and receiver's wallets must be in the same network for the transaction to be successful.

By analogy, it looks as follows: you want to send $10 from your e-wallet, specify the recipient's address, but randomly choose a service on which the recipient does not have an account. The only difference is that in the case of traditional money, the transaction can be canceled or frozen, but with cryptocurrency in such circumstances you have to say goodbye to your funds.

How to conduct transactions

To get cryptocurrency, you need to:

To withdraw funds to another wallet, you need to apply for a withdrawal, and then: 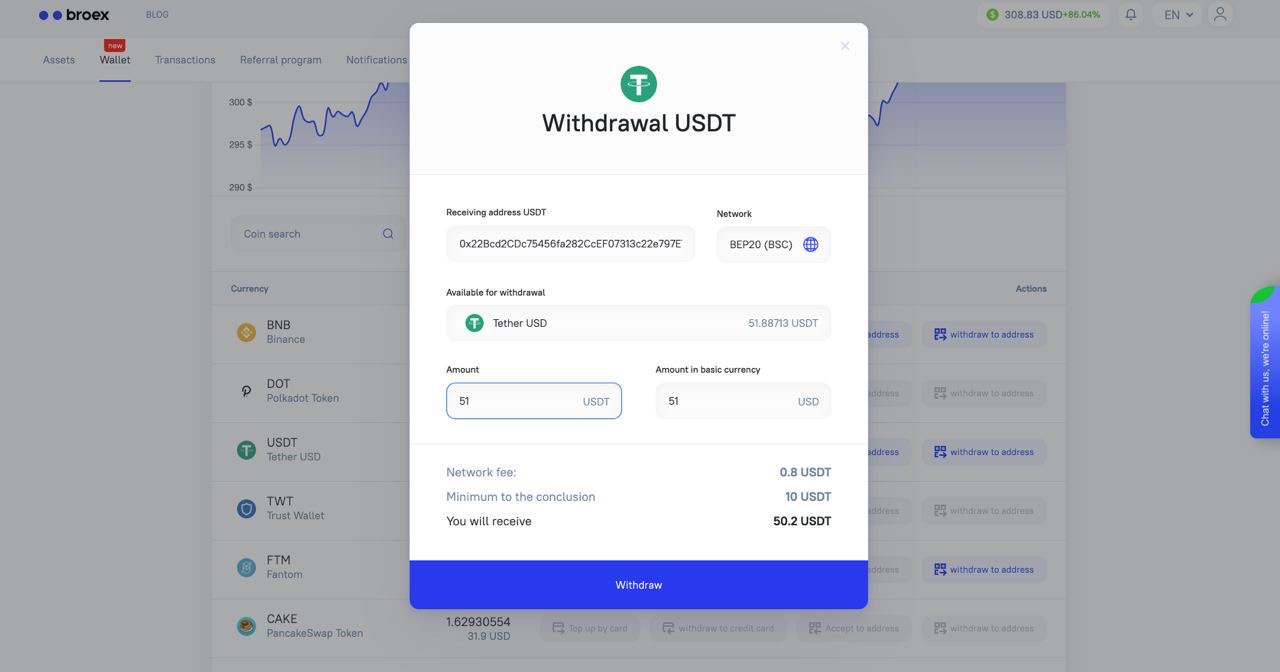 When choosing a network, focus only on the address parameters, not on the amount of fee.